Home Lifestyle Here’s How A Couple From Kerala Built A ‘Forest’ Around Their House... 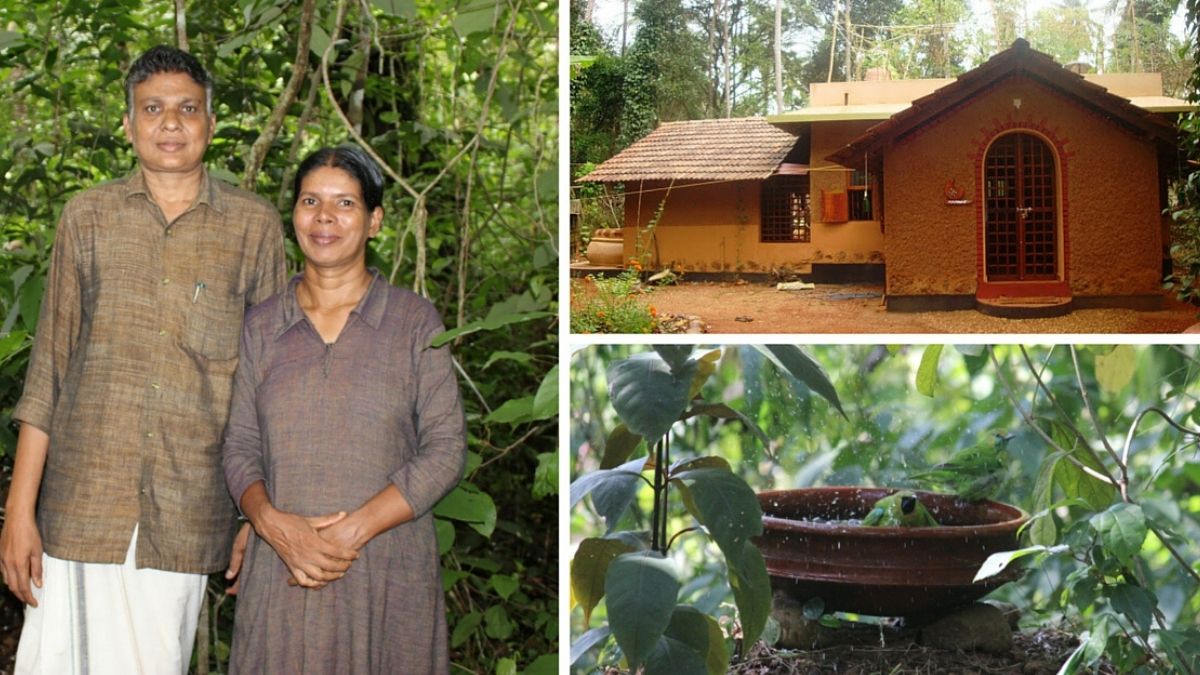 Going back to nature has always been the dream for many a city dweller, and also the primary goal in mind for advocates of sustainable living. This ‘retreat into nature’ model, as it turns out, has already been adopted by a couple from Kerala, who are now proudly living in a forest.

The couple, Hari and Asha, are environmentalists from Kannur, who’ve always practiced what they’ve professed. In fact, deviating a little from custom, they chose to treat the guests at their wedding to fruits and a bowl of the traditional sweet, payasam.

Now, they are the happy residents of ‘Nanavu’ (meaning ‘moisture’ in Malayalam), a cozy house, made completely of mud, which is situated in the midst of a 34-acre forest that they themselves have created.

When Hari and Asha decided to build a house, they hoped to make it as sustainable and eco-friendly as possible. For this, they enlisted the help of a few architect friends who planned their dream house in just 960 square feet of land, right in the midst of their sprawling forest.

What is amazing about this house is that its walls are made of mud, drawing inspiration from the tribal way of living in Kerala. The mud makes the house come alive, by literally letting it breathe in and out.

The house is so constructed that it lets the warmth of the sun in slowly during the day, thereby keeping it cozy. By evening, cool air starts permeating the house, thus keeping it cool.

Hari and Asha have completely shunned the idea of fans or coolers for the mud walls themselves retain moisture and help keep their dwelling nice and cool, even during the harshest of summers.

Their sustainable choice of living, however, doesn’t deprive them of basic amenities. Their house is fully equipped with a television, mixer grinder, computer and other appliances generally seen in a normal urban setting.

The difference lies in how they’ve learnt to minimize their energy consumption. They only use about 4 units of electricity a month, thanks to the solar panels and bio-gas units that they’ve installed in their house.

They have, however, chosen to forego one amenity – the refrigerator. In its place, they’ve built an earthen cooler, made by digging up a square space in the kitchen, lining it with bricks and placing a mud pot inside.

They then fill sand around the pot, the moisture from which keeps food fresh for at least a week!

Also Read: Marine Cemetery Pops Up In Kerala As A Reminder Of Environmental Degradation

The Forest Of Their Dreams

Perhaps their proudest creation, the forest surrounding Hari and Asha’s house is now home to several different birds, butterflies and animals. The land even provides them with the food they require.

Asha says, “Have you noticed that a fruit from the forest tastes different from a fruit from cultivated land?” The smile she has when she says “The land knows it all,” is truly heart-warming.

A Sustainable Model Inspiring One And All

After having completed 7 years of living in ‘Nanavu’, Hari and Asha are the happiest they could be. The couple from Kerala are smitten by the idea of living in a forest of their own.

They truly believe that this model of living in touch with nature has helped them foster good health as well as happiness. 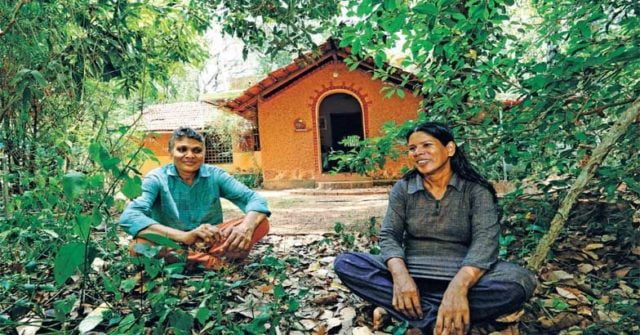 Maybe this kind of a sustainable setting is a far-off aspiration for most of us. But this couple’s example can be taken as the right motivation for us to tweak our lifestyles so as to become more connected with the environment.

Indeed, this is one story that will always inspire us!