Although the population in itself is a resource and a country’s greatest wealth, its excess turns it into a liability as the existing food resources, water supply, electricity, and health and educational infrastructural facilities are incapable of meeting the needs of the society.

India is an overpopulated country, holding a 17.50 percent share in the world population. This highlights India’s self-evident population-resource imbalance.

In such a situation, policies aimed at population regulation seem to be a ray of hope in making India Atmanirbhar or self-reliant. However, the same may have negative impacts.

According to projections contained in the World Population Prospects 2019 report by the United Nations, India will supersede China as the world’s most populous country within a decade.

These estimations forced Indian political leaders and the general public alike to enter into a series of talks regarding India’s future population policy.

The Population Regulation Bill was introduced in the Rajya Sabha by Rakesh Sinha in July 2019. The proposed bill was signed by 125 members of the Parliament and is yet to be shaped into an enforceable law. 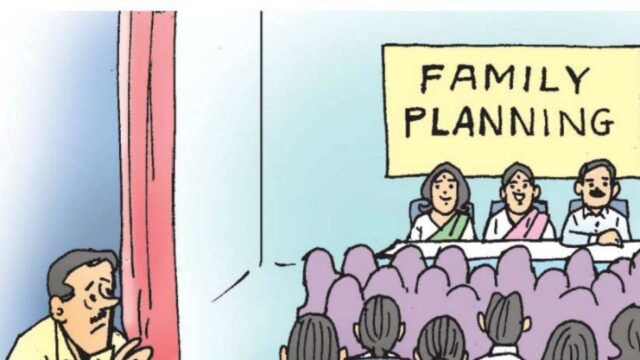 In February 2019, Anil Desai, a Shiv Sena MP asserted the need for an amendment of the Constitution in favour of a two-child policy.

The couples that adhere to the new population control policy will receive benefits in form of tax cuts, relaxation for admission into educational institutions and government job recruitment exams, and free health care facilities.

On the flip side, the couples that procreate more than two children will be debarred from contesting elections and will lose their eligibility to apply for government jobs.

Although China’s one-child policy was heavily criticized for creating a gender imbalance (50 million more men than women in 2010) and encroachments on human rights to reproduce and maintain a family through coerced sterilizations and abortions, it is still considered a successful attempt to control population as it delivered great results in that realm.

Population Control Is A Form Of Patriotism

According to PM Modi, people who are abiding by the norms of small family size are advocating a varied form of patriotism.

In his speech on the occasion of Independence Day, he was full of praise for those who deliberately controlled their family size and contributed to the development of the country.

He said, “Population explosion will cause many problems for our future generations. But there is a vigilant section of the public which stops to think, before bringing a child to the world, whether they can do justice to the child, give them all that she or he wants. They have a small family and express their patriotism to the country. Let’s learn from them. There is a need for social awareness”.

Apart from this, the population explosion is indirectly killing the planet by triggering an environmental crisis. Thus, it is clear that population control is a step forward towards sustainable development that will empower every Indian.

Read Also: FlippED: Is Daydreaming An Indicator Of Creativity Or A Detrimental Distraction?

According to the Universal Declaration of Human Rights, every individual has a certain set of natural, inalienable human rights which cannot be snatched away from him in any event. Most constitutions guarantee such rights and so does the Constitution of India.

The Indian Constitution under its Article 21 provides for the right to life and liberty to every individual. The same has been upheld and scrutinized time and again by courts and legislators.

We should not forget that the history of attempts to make a population control policy in India has been disturbing. The infamous attempt made by Sanjay Gandhi during the period of the National Emergency had attracted a good amount of criticism.

While there was a hastiness then, a similar, if not greater level of haste has been witnessed in the present government’s resolve to introduce a population control policy.

This may yield a negative impact, considering the lack of literacy amongst the most fertile Indian population, i.e., the rural population, according to the National Family Health Survey. The lack of basic health facilities and the deficit of literacy in rural India may lead to mass failure and even loss of life caused by a hasty policy decision. 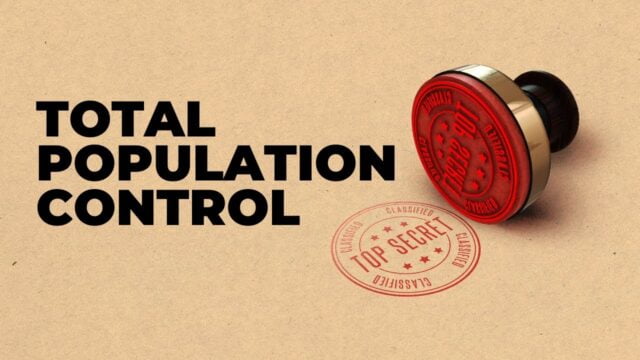 Another important aspect we need to take into consideration is the two-child policy. A similar one-child policy was implemented in the People’s Republic of China, and though it was not able to reap immediate benefits, it did help the economy in long run.

On the other hand, India is one of the countries with the highest youth population. This fact will help in increased productivity in the long run. However, these young people will grow old over years and if a strict two-child policy is implemented, the country’s population would turn grey and unproductive.

The need of the hour may be population control but the measures on it must be taken safely and while preserving the rights of everyone. Educating everyone about the situation would be better than imposing the policy or legislation over the less-aware masses.