According to a new report by the Wall Street Journal, Facebook shields and provides immunity to elite users from its rules and regulations.

While Mark Zuckerberg has previously publicly advocated for equal treatment of all its users regardless of their professional or personal backgrounds, the report claims otherwise.

Wall Street Journal carried out a thorough investigation and found out that Facebook has a system devised to segregate its user base and whitelist a section of it, who are provided immunity from the application’s own set of rules and guidelines.

The system that does the filtering is called XCheck or CrossCheck.

When questionable content is posted by users, they are often reported by other users or the content is blocked by the Facebook algorithm on its own. That’s where XCheck comes in. It redirects the reported posts when the system identifies the user of the post as someone influential.

After they are steered to a different channel, the raised reports are hardly ever taken care of, resulting in no rule enforcement on these posts or users.

These influential users are mostly found to be celebrities, politicians, journalists and athletes. The parameters to segregate these users are ‘influential’, ‘newsworthy’, ‘popular’ and ‘PR risky’.

Names like the Facebook founder Mark Zuckerberg himself, former US President Donald Trump, US senator Elizabeth Warren have been found in the XCheck programme. But it hasn’t yet come to light if any of their posts have been whitelisted yet.

The report by Wall Street Journal states that by 2020, there have been 5.8 million users on the XCheck programme list.

Read More: 37.8% Of 10-Year-Olds From India Have Facebook Accounts Against Rules

One Major Example Of XCheck At Work

A digital fiasco surrounding Brazilian football star Neymar in 2019 is one of the major examples of XCheck at work.

In 2019, Neymar was accused of rape allegations by a woman. In response to the allegations, Neymar had posted Facebook and Whatsapp videos of his conversations with the woman.

What made the conversations really sensitive is the fact that it contained the name and private nude photos of the woman, making her vulnerable to the entire world.

In other cases, Facebook would have brought down the post as soon as possible as part of their guidelines regarding ‘non consensual intimate imagery’.

But because of the high-profile elite status of Neymar, the usual procedure wasn’t followed. Moderators were not able to delete the clips for more than a day.

Several confidential reviews and memos talk about the system and Facebook’s actions that can be easily deemed as unethical.

“We are not actually doing what we say we do publicly”, the confidential review reads. The review continues to say, “Unlike the rest of our community, these people can violate our standards without any consequences.” 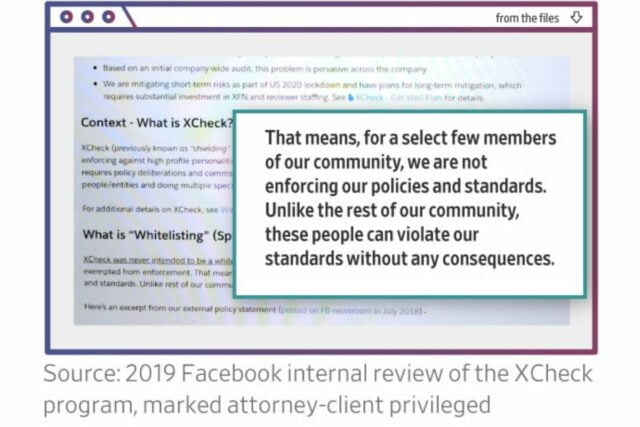 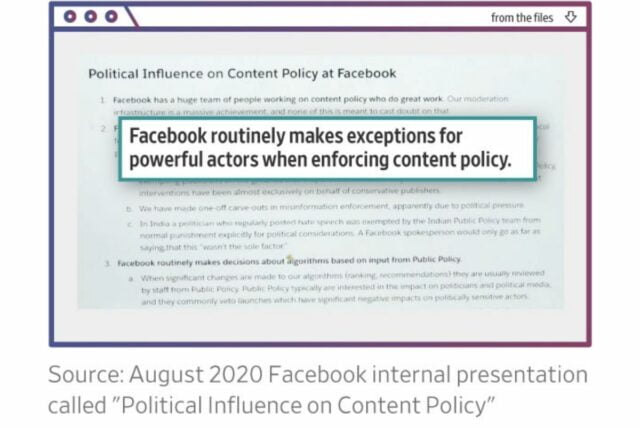 A March memo also reveals that the XCheck list of elite users is increasing every day and it’s getting difficult to limit the numbers. “VIP lists continue to grow”, a product manager on Facebook’s Mistakes Prevention Team claimed.

ED Originals Chirali Sharma - December 9, 2022
The BharatPe and Ashneer Grover drama has been going on for almost the whole year and even with the year ending, their tussle doesn't...