Had our parents’ generation known all the truths about us, they would have been forced to push their moral boundaries to adjust with the supposedly ‘dilapidating’ standards.

The former are always involved in horrible activities while the latter are saints.

And thanks to popular culture, for me I mean Bollywood specifically, these notions were were very deep rooted. I continued to hold them until I realised I was cocooned through the first 18 years of my life by my school and parents.

It is ironic that two of your most important sources of education keep you ignorant for the longest and arguably the most important part of your life, the part that makes you who you are.

This article is just about the notions I or people close to me might have had or come across, which though I knew deep down I wasn’t comfortable with, but I didn’t confront them back then because I wasn’t articulate enough. 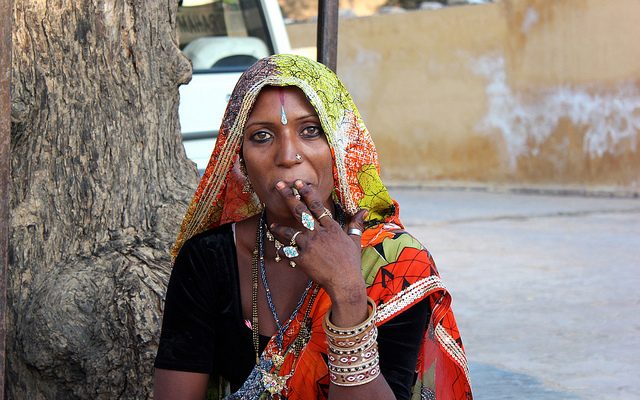 As I grew up, it became difficult to point out who was good and who was bad when I saw the lines blurring.

Seeing good people drink and some bad people refusing a drink sent my learned moral code of conduct for a toss.

I know so many people who have well-educated, well-read and well-travelled parents whose children have not told them that they drink because they know it won’t be taken well.

By no means am I propagating the fact that one should drink or smoke.

But thinking that I am writing this to promote it, is problematic.

Everything should be about choice. Which it, unfortunately, isn’t. Indeed, after drinking, often people behave in ways that are not appropriate. They lose control over themselves and end up misbehaving.

Indeed drinking or smoking can harm your system. But so can ……… potatoes (after a point of course).

When from the exterior, the lines blurred inside of me as well, I too began to drink and tried my hand at smoking as well. But I refuse to believe it changes me in any way other than strictly biological ones.

Add to it the portrayal of smoking and drinking in popular culture.

Only a gangster or a ‘Don’ or a person with dilapidating moral standards smokes/drinks. There are tons of such examples. For instance, Priyanka Chopra in Fashion who only started drinking and smoking once she became arrogant about her success. Whichever film has portrayed Daud Ibrahim, either with a profile shot or a silhouette, always shows a puff of smoke around him.

You might be remembering your ‘firsts’, right? Firsts at trying something your parents didn’t allow. A moment before trying that you almost felt like a criminal and in the next moment you shed your guard and did it anyway (How you felt after it is a different story for all of us. We’ll discuss it some other time).

The point here is that our childhood training is so entrenched in our system that we feel we have become corrupt as a human being, just after doing something forbidden by the authority.

Like for example, I am a Sikh and we do not cut our hair. This is the tradition my parents have always followed and they are fairly religious people.

But there came a point in my life when I just couldn’t tolerate my knee-length tresses anymore because they were getting very difficult to handle and I am not one of the lucky ones to have amazing horse-tail hair.

So after the build-up of a year, I was frustrated and asked the parlour lady to cut two long flicks from my hair in the front. Though I was taking a big step, I didn’t want to go too overboard with it.

I went on a horrible guilt trip for a few days after that.

Even though I was never spiritual or religious as a person and I knew the length of my hair couldn’t define me or my morality. I had always known that. That’s why the build-up. But the guilt trip happened nonetheless.

Let me tell you, those two flicks were cut very unskilfully. I wonder sometimes if that was the reason for my guilt trip. Because months later, I was way more frustrated with my hair and went for a full-fledged haircut along with a friend. Chopped off two and a half feet from my three and a half feet long hair and didn’t feel a thing.

Oh no, actually I did. Way more liberated than I had ever felt in years.

Point being, I felt like a bad person in the first go. I felt like I had crossed a line. That I was somehow morally corrupted.

But of course, that wasn’t the case. The society and more closely your immediate sources of information establish a strong sense of moral conduct in you.

Of course, not all of it is wrong. But undoubtedly, there are some flaws. Especially if you are born in India.

Moreover, we need this moral code of conduct, else it will be a society of murderers and psychopaths everywhere.

But isn’t it now too?

Something to think about.

Why Are Psychopaths Misconstrued?