The doctors strike at Mumbai has entered it’s fourth day today and it is high time you should know certain things before using the choicest of cuss words at the profession.

Rohith Kumar and three other resident doctors of Sion Hospital were brutally beaten up by an angry mob of a dead patient. A patient who had been suffering from chronic kidney disease, MIND you.

Rohith is worst affected having partially lost vision in one eye. Videos on the web will show a group of 15-20 angry people jumping on him and repeatedly kicking and punching him like a street dog.

So, what is the general people’s reaction?

No fancy Scoopish or BuzzFeed articles are being written about this incident because doctors get beaten up everyday, no big deal. Besides doctors are Gods so they have to be able to deal with everything.

Let me burst your bubble.

While you’re thinking, another doctor has been manhandled somewhere in India. Even with strikes going on at Sion, a lady doctor has been molested by patient parties just today at Sion Hospital. If she’s a doctor, she’s not a lady anymore. Treat her how you can! So, how has the Mumbai High Court decided to punish those responsible for manhandling?

What is the media’s general response? One would think there will be more blogs and news coverage about the fact that how such acts need to be condemned and how the government should take strict action. But no. The media adds fuel to the fire by providing half truths.

For example, ABP ANANDA, a popular news channel reports the death of a patient because a doctor channeled his veins instead of his artery (a channel is ALWAYS done in a vein by the way). Removal of the gall bladder to remove gallstones, exposing a patient to radiations during MRI are just a few examples of gross misreporting against doctors. Anybody with basic knowledge would understand how hilarious these news are but to an person who has zero idea about medicine (the kind that greatly makes up the patient population at a government hospital) news such as these act as instigation. However, no action has ever been taken against such yellow journalism.

There are people terming this as over-dramatic but it won’t be so over-dramatic when you lose your vision at the strike of a rod, within seconds. What can be done

The solution to this deadlock is pretty simple. Currently, our government spends 1.15% of the GDP on public health sector, one of the lowest in the world. Recently, bill has been passed in the Parliament to increase the expenditure to 2.5%, where the internationally proposed share is 6%.

As a result, every government hospital is overburdened to the point of breaking. Sion Hospital has an average of 2 million patients every month and the infrastructure is simply not equipped to deal with that patient load. Given the scenario, it is corollary that many patients are dissatisfied. However, I don’t understand how kicking and punching the resident doctor is going to solve any of these problems. Had it been any other establishment, there would have been a proper enquiry, and proper procedure would have been followed to ensure strictest action being taken against the guilty. But a doctor is God and therefore must tolerate everything.

There have been three major attacks within one week at Sion. The authorities are still threatening the doctors with suspension rather than trying to work out a practicable solution for a chronic problem which has become too acute now. It is the need of the hour: save your saviors. Try to think of a world without doctors.

You can do your own little part by starting to be empathetic towards the profession. The time for sympathy has gone. If every Indian does not take an active part to curb the relentless violation against the doctors, one fine day, they will give up and there will be no cure to it.

Facebook
Twitter
Pinterest
WhatsApp
Previous article
5 Indian Films That Need To Be Re-Released In 2017
Next article
LaLiga Hosts An Exclusive Screening With Aitor Ocio In New Delhi And We LivED It! 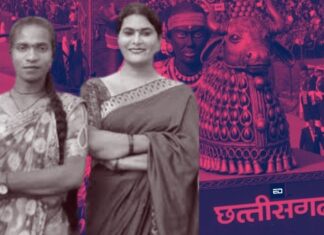