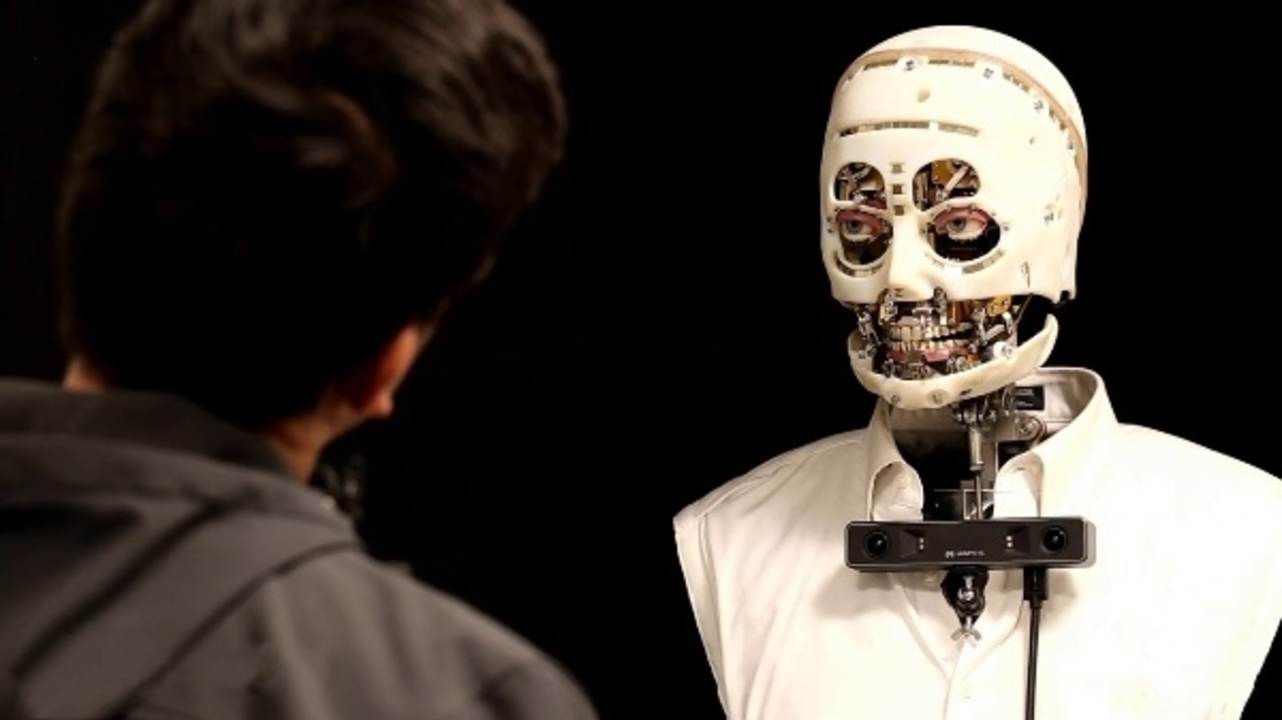 Do you want a robot that would give the Terminator a run for its money to stare into your soul?

Would you like to sit in front of a humanoid contraption that will make eye contact with you by responding to where your gaze is going?

Do you want to look into the eyes of a creepy droid that’ll make you wonder, is this robot going to kill me one day?

Look no further because Disney has got you covered.

Creating “The Illusion Of Life”

Disney Research, along with robotics researchers from the University of Illinois, Urbana-Champaign and the California Institute of Technology, worked together to create a skinless humanoid robot that has lifelike eyes.

The robot has a sensor in its chest area, which is covered by a white shirt, that tells it if a person is sitting in the front. The robot can blink, mimic breathing and maintain eye contact with you.

Disney has a history of extensively using animatronics in its theme parks but with this new Terminator-like machine, Disney will take its robotics game to the next level.

While commonly used animatronics in Disney’s theme parks are pre-programmed and follow a scripted format, the new humanoid robot can sense its surroundings and human behaviour and respond accordingly, bringing an interactive approach to the table.

Disney Research unveiled the robot along with a paper on developing systems with the ability for realistic gazing to have better interactions between robots and humans.

The robot can also rapidly move its eyes in movements called saccades. Little details like these are what make human interactions natural when talking in real life, and now the robot will take these things into account and create an illusion of life.

Keeping the scary exterior apart, that is a really cool feature in a man-made machine.

The researchers who created the robot described in a paper titled “Realistic and Interactive Robot Gaze” the various elements of behaviour and interaction that went into the making of the droid.

With the addition of subtle head and eye movements, researchers have created a lifelike robot.

“Gaze has been shown to be a key social signal, shaping perceptions of interaction partners. For example, people who make more eye contact with us are perceived to be similar to us, as well as more intelligent, conscientious, sincere, and trustworthy… Thus, the aim of this work is to develop a system to emulate human-like mutual gaze,” stated the paper. 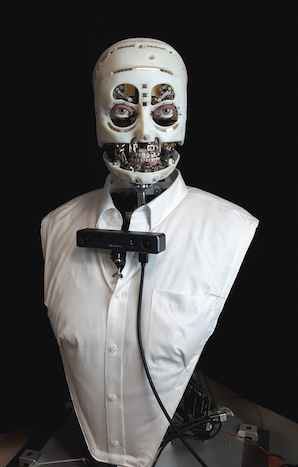 The researchers had focused on the importance of gaze in human interactions and worked to incorporate it into robotics.

While the resulting creation is that of an evil robot that will stare into your soul, Disney will probably put on some realistic-looking skin on it to make human interaction with the robot more fun as opposed to one involving being overrun by thoughts of a robot army taking over over the human population.

2020 has been tedious enough with a global pandemic, a takeover of the planet by robots is now the last thing we need.