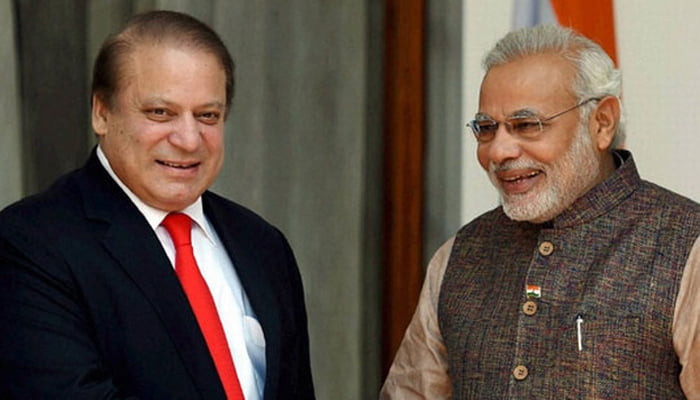 “Neighbours cannot be friends” and the greatest proof of it is the geographically recognized nations of the globe.

From India to Pakistan, North of Korea to South or Israel and Arab nations- all fight inconclusively.

We try to understand why these nations cannot be friends.

History Wasn’t Kind To Them

Each of these nations shares more than just a boundary. Their histories are intertwined with each other and hence the greatest battle they fight is of their origin: Who is the parent nation?

So while Israel says it was founded much before the Arabs, the Arabs bomb them!

Geographical divisions could only successful divide land and not a thing more. India-Pakistan fight for Indus’ water, Iran-Iraq fight for Al-Shatab waterway and have been for years.

North and South Korea were one before the big daddies decided to tear them up for personal gains. The people, ethnicity, lifestyle everything is the same and yet the countries fight like husband and wife! They Are The Fighting Cousins

Since these countries are born out of land that was once one, they have this innate urge to be better than their counterpart.

India and Pakistan have forever been racing each-other for nuclear arms, military superiority and better music.

African nations too were either united or divided (in most cases) to form a country when the Europeans finally bid them adieu.

Egypt and Sudan fight for tiny strips of land every now and then, France fights with Madagascar, Spain with Morocco (Europeans never truly left!) for land.

Land seems to be the prime reason behind countries fighting wars.

China’s conflict with Bhutan and its illegal occupation of Tibet is nowhere close to a resolution. All the Asian countries have a land conflict case pending in the UN which means that all Asian nations are fighting its neighbour for land and we talk about global village and world peace!

Read More: QuoraED: If Countries Were Houses From Game Of Thrones, Which Country Would Represent Which House?

Fighting For The Same Land

There are areas like the Spratly islands which are surrounded by six nations and all are fighting for the island!

Land disputes of Eastern Europe are nowhere near to settling down and Russian aggression just adds fuel to the fire (remember Crimea).

There Is No Such Thing As Peaceful Neighbours!

While going through this article if the thought of USA and Canada being ‘good’ neighbours crossed your mind, it’s time to debunk that myth.

USA and Canada have over ten land disputes out of which five are just on Alaska.

The disputes range from islands to straits, waterways, and lakes!

But the secret behind their peaceful border relationship is forceful subdue of Canada by The States. Canada is the less powerful one in the couple.

One of the prime reason of wars and deaths a few hundred years ago but then man evolved understood God and became an atheist.

Yet there remain a few neighbouring nations that fight for religion. Israel’s creation in 1948 didn’t go so well with neighbouring Arab nations. Iraq once fought Iran on religious grounds and the destruction was enormous on both sides. Pakistan was created on the basis of religion. Eastern European countries have fought for the longest time to destroy the opponents culture and religion altogether.

The world cannot attain peace if regional conflicts continue to persist because these conflicts can grow and travel quicker than a forest fire and engulf the whole of the globe.

Conflicts will never be resolved unless big daddies stop pressurizing the resolving bodies only then can the world be a better place.

Are we fighting a Cyber-Kargil War?