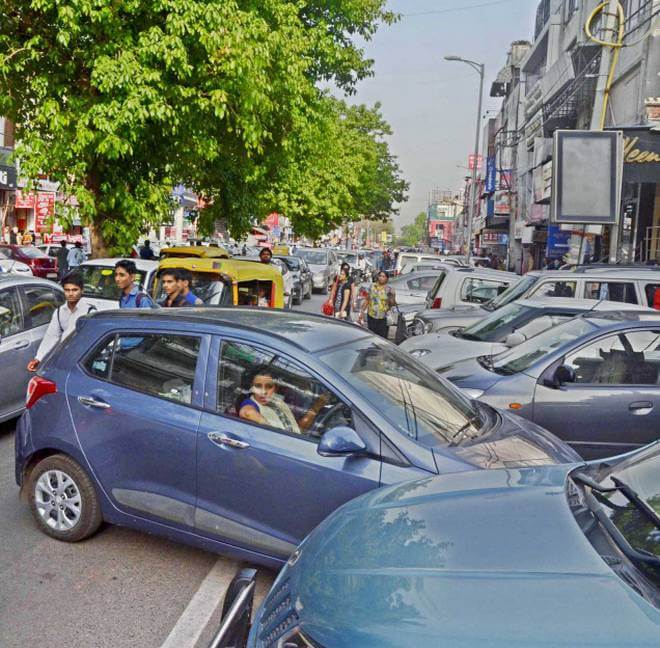 Delhi has a huge list of problems that it needs to deal with asap: pollution, safety, lack of law and order, constant traffic jams, slum areas, bad roads etc.

Parking, though not exactly at the top, would definitely be one of the issues that Delhiites have been facing for quite some time now with roads getting congested within seconds of one trying to find a parking space on roads and all.

Families also getting 2 or 3 cars and trying to fit them all together in the barely there space around their houses creates a big parking problem since it takes away precious space from other people.

But that might be coming to an end as per a project that has been started by the Lieutenant Governor Anil Baijal called the Parking Management Area Plan (PMAP). What Does PMAP Plan To Do?

The project launched to work on clearing up the congested lanes of residential spaces in Delhi will start with appointing just 2 parking spots to each resident in the areas of Lajpat Nagar and Kailash Colony.

Planned to be spread to other localities soon, each resident in the mentioned areas will be given 2 parking spots along with permit stickers for their 2 spots.

As per officials, a team consisting of both the Residents Welfare Association (RWA) and the municipal corporation began by counting the number of vehicles present in Lajpat Nagar 3 and a part of Lajpat Nagar 2 and then marking up the spots for private cars accordingly.

According to officials, each floor of the colony’s houses will be given 2 parking spots and those who have more than 2 cars will have to park their extra vehicles at a paid parking spot or find their own arrangement. They also said that if these vehicles are found parked in a slot not allotted to them they can be towed by the Delhi traffic police or the municipal department.

A small downside to this could be that it is not guaranteed if the parking slot one gets will be near their house.

The joint secretary of Lajpat Nagar Market Association, Ashwani Marwah stated that, “The RWA with the coordination from civic officials will issue a parking sticker for each resident’s vehicle, with the parking slot details. The parking slot may or may not be in front of the resident’s house. No extra vehicles will be allowed.”

Visitors to the residents in these colonies will have to park their vehicles in paid parking spots that will also be soon setup. Read More: Hospital & Schools In The Middle Of Residential Places Is Such A Nuisance

It is no secret that the small size of these lanes clubbed with the amount of traffic it sees means one bad situation where even the smallest of a wrong turn or tempo coming through them means a congested lane holding up traffic.

As per sources, in the areas of Lajpat Nagar III and C-Block of Lajpat Nagar II there are about 1,744 flats but the vehicle number stands at a staggering 3,460 with about 200 vehicles found parked in the market or the main road outside the colony.

This move is definitely a good one as perhaps it might force the residents and their visitors to park in a sensible manner without clogging up the streets.

Not only will it promote a more organized way of parking but also hopefully work on the fights that usually occur in colonies regarding which parking spot is whose.

Delhi’s Monuments Are In Such Bad Condition Now, It’s Disheartening To Visit Them