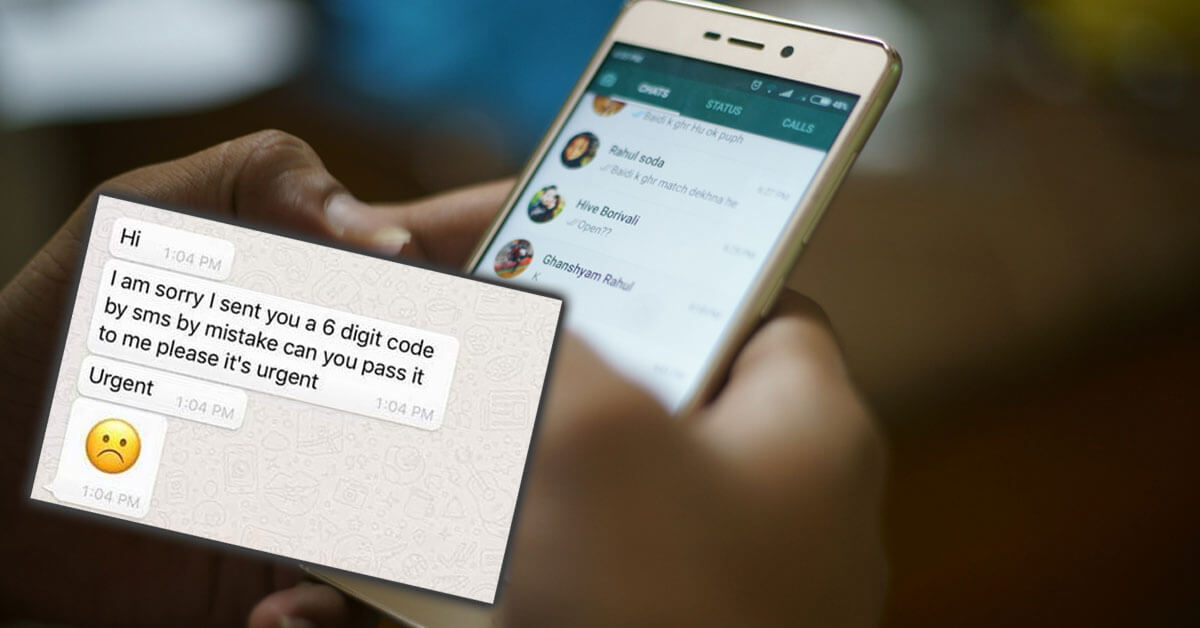 Cybersecurity is a growing concern right now, especially with the majority of the world stuck at home and thus spending 90% of their time on the digital sphere.

Whether it be students using WhatsApp, Zoom, Google Meets etc to attend classes, employees working from home or even normal users on various social media apps, with almost little to no outside activity, more and more people are spending extended amounts of time online, leaving them prone to cyberattacks.

Already cyber crimes have increased in frequency since most common people don’t have extremely high-end cybersecurity installed on their home computers.

Now, the Maharashtra Cyber has come out with an update for WhatsApp users and how they could be open to conmen hijacking their accounts.

What Is Maharashtra Cyber Warning About?

The nodal agency for cybersecurity and cybercrime investigation in Maharashtra, Maharashtra Cyber, recently posted about a modus operandi that hackers were using to gain access to WhatsApp accounts in India.

Read More: Be Ready For Doomscrolling To Rise On Instagram With A New Unnecessary Feature Being Introduced

As per their infographic, hackers were using WhatsApp verification codes in order to get inside a WhatsApp account and then extort or blackmail the user.

The agency has thus asked users to not share their WhatsApp verification code with anyone on the app.

They have also advised people to activate ‘two-step verification’ for more protection.

1. A WhatsApp account is linked with one device and one number only, meaning you cannot use the app with the same number on two different devices.

2. So when changing one’s device, the user has to confirm their identity and that this device is now linked with one’s phone number.

3. To do so, a verification code is sent to the phone number.

4. Here is where the hackers attempt to hack the user’s account by calling them and making it sound like a genuine call. The user is then tricked into sharing their verification code which could lead the hackers to gain access to that individual’s account.

5. Once that is done the hackers will then target the most conversed with accounts and dupe them into sharing their own verification code thus endangering their account too.

Yashashvi Yadav, the cyber wing’s Inspector General of Police also stated that “The scamster can also trick a user’s contacts by impersonating him/her and ask for money, citing distress, and access banking information if it is already shared in previous conversations.”

The hacker can also use this hijacking as a way to blackmail the user and get money or more by threatening to post obscene photographs and content on one’s groups and chats.

“Several instances have been noticed wherein the hacker posts photos involving nudity on WhatsApp groups that the victim is a member of,” stated Maharashtra Cyber.

Sharing of one’s WhatsApp verification code is now strongly discouraged, with the cybersecurity agency reminding people to never share this code with anyone, including their own family members, close friends and such.

Work From Home’s Cybersecurity Scares One Should Be Careful Of