In the past a lot of comics have been in a tight spot when they chose to comment on Hinduism or the political ideologies around.

Recently a Facebook video went viral which involved two comedians namely, Kunal Kamra and Masoom Rajwani. The two comics can be seen apologising to a group of people who seemed furious.

What was the controversy all about?

A video was released by Paras Rajput (BJP leader) on 30th November where the two comics Masoom Rajwani and Kunal Kamra were seen apologising for a joke they cracked on Hinduism.

In the video one can hear people commenting on how Hinduism is sacred and if a similar joke was cracked on Islam the consequences would’ve been different.

People can also be heard terming the act as a “total blunder” while some also suggested him new topics to perform stand up on.

This entire fiasco can be traced back to 15th April 2018, when Masoom Rajwani performed his piece at Canvas Laugh Club, Mumbai. The piece offended a member from the audience who not only interrupted the show but also filed a police complaint.

In this footage Masoom Rajwani is seen apologising and Kunal Kamra is seen pacifying the situation. This video has gone viral all over social media.

Since then social media has blasted off on this entire issue. 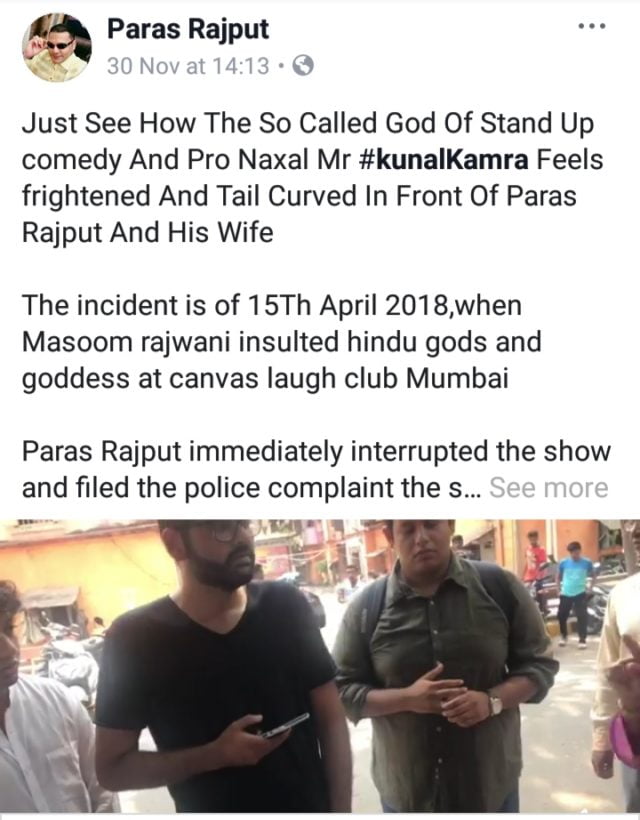 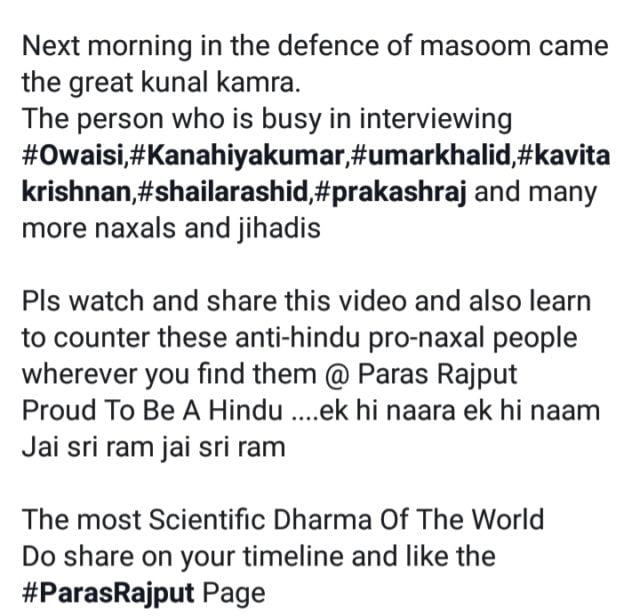 Kunal Kamra is quite unpopular for his satirical sense of humour and has already been in a lot of trouble. In the past his shows have been cancelled due to his “anti- national” content. The comic was also asked to vacate his flat by the landlord due to the reputation he holds.

The details of the of insult were given in the complaining letter which said “Many offensive vulgar slangs, insulting Lord Rama, Hanuman, Brahma, Lord Kartik and Bhakt Shravana.”

Here’s a look at the letter complaint- 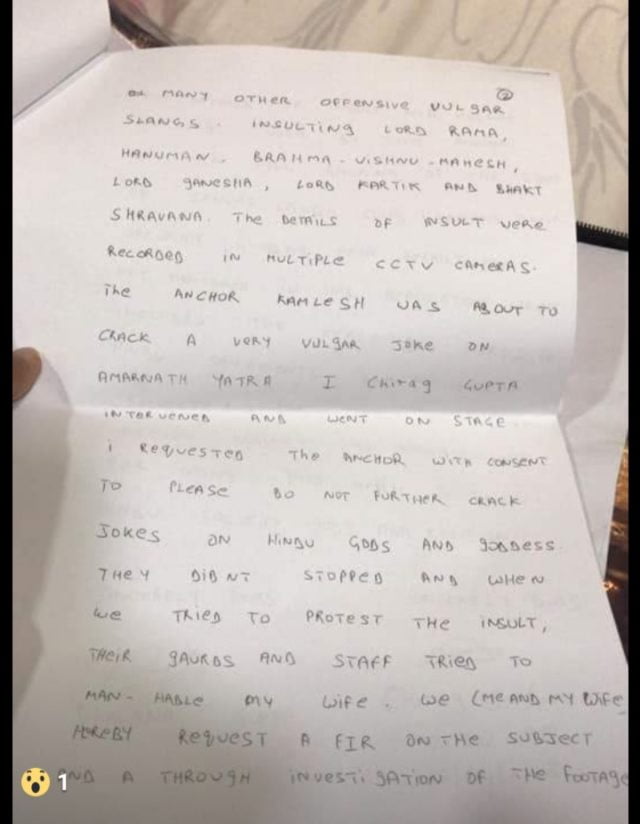 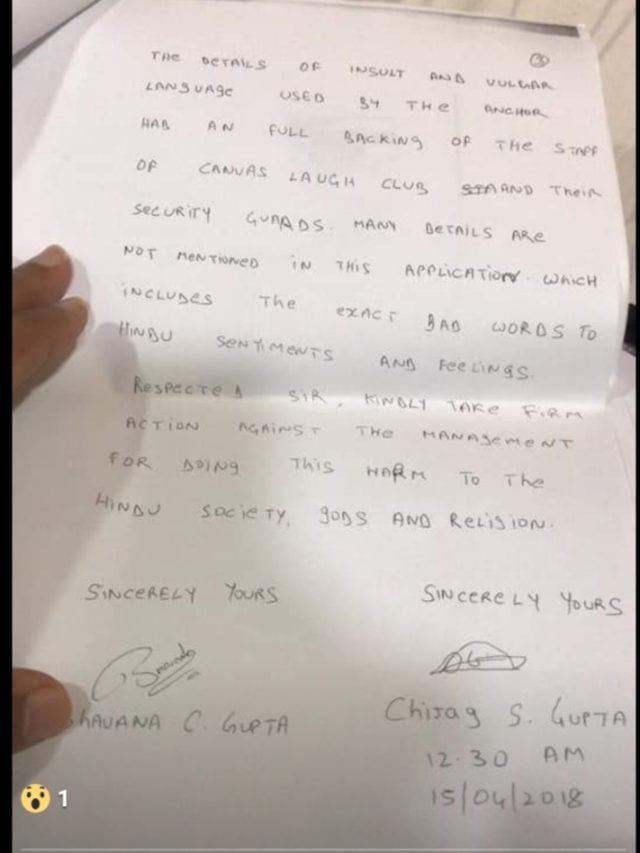 Here’s how social media reacted. Comments ran right from terming them as “Hindu phobic bigots” with some others trying to make some sense out of it – 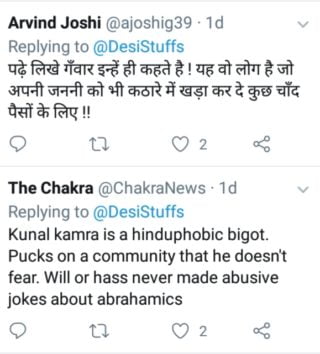 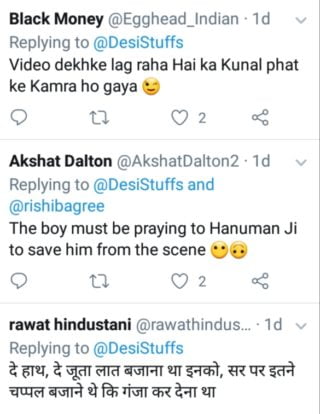 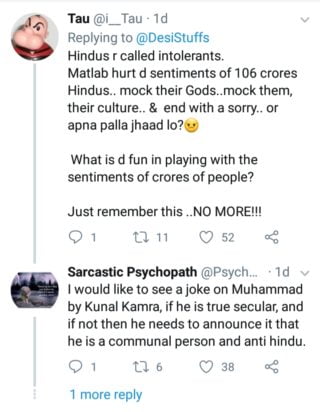 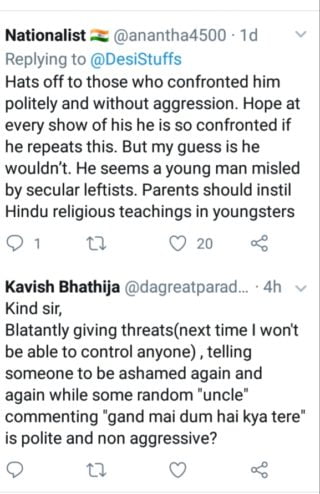 And some simply laughed it off- 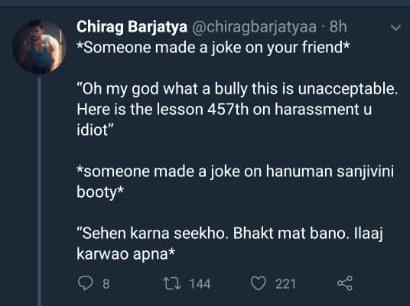 After viewing this sort of incident the question which here arises is that have we become a nation of touchy people whose sentiments are that easy to hurt? Can’t Indians handle humour or satire? Where is the artistic liberty we boast of?

Or were the jokes genuinely in bad taste? 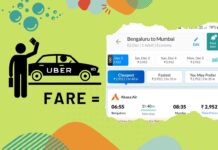