Before I embark on this longtime due rant let me start by saying that I know how to take a joke and have often made jokes at my own expense. I have laughed along to people poking fun at my mannerisms, I have poked fun at myself. Self-deprecating humour is one of my sole coping mechanisms.

Now that it’s established that I am not being an irrational sourpuss, I think it’s high time we talk about the unnecessary stereotyping Bengalis have to go through every day as they become the butt of almost every dad joke.

The Incessant Exaggeration Of Our Accents And Mannerisms

If you haven’t understood already then let me spell it out. I am a Bengali and have lived in Kolkata all my life. I have grown up with the language and the culture that this beautiful state offers and know some of the smartest people who have gone on to become employees in Google and hold positions of IAS, IFS officers etc in the Indian Government.

However, I live in an area where non-Bengalis make up the majority of the population. I do not want to call anyone out but my companions have often made fun of me for being Bengali because of the stereotypes popularised in the media.

Most people living here have never made an attempt to learn and understand the local language and have often poked fun at the poor vendors going about their day. In my opinion, nothing makes you more of a terrible person than making fun of someone who is not as educated or privileged as you.

Read More: These 7 Movies Restored The Faith Of The Audience In Bengali Cinema After Ray, Sen And Ghatak

Putting my neighbours aside, ‘Bongs’ are often stereotyped in Bollywood and the media in general. The term ‘Maccher Jhol’ gets on my nerves every time it is used in reference to a person hailing from the state. Also, it literally translates to “Fish Curry”, which is admittedly not that good of an insult in hindsight.

Omicron is just a Bengali guy named cron introducing himself

Bengali women aren’t “too progressive for their own good”, they are as equally educated as the women hailing from literally any other state in the country. On the same note, their ‘big eyes’ and ‘curvy waists in lal par saree’ are not the only features of their existence. (P.S. Bollywood, please take notes.)

Bengalis are more than just monkey caps, fish eaters, ‘weird’ English accents and Durga Pujo. It is a state that is a live testimony to the rich history and culture that we have still kept alive today in every nook and cranny. 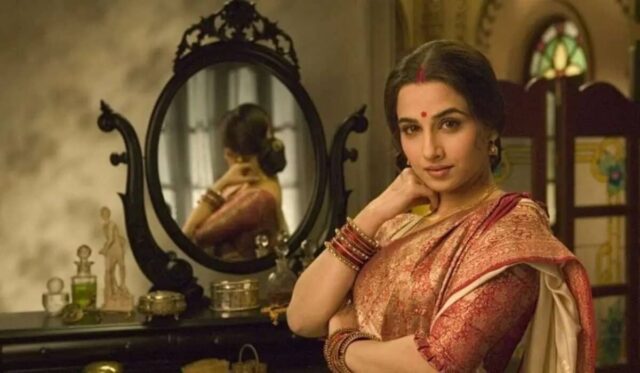 Yes, our daak naam has no connection to our actual names. Yes, we talk a lot about politics. Yes, we are extremely nostalgic about our culture. Yes, we love Sourav Ganguly and everyone calls him “Dada”.

Please stop pointing it out to us and making fun of us for the above. I assure you that we know all of this. A stereotype that does ring true is that we cannot get over Kobi Guru, Rabindranath Thakur and that is only because we don’t want to!

In Pics: Things Bengalis Miss If They Stay Out Of Bengal During Durga Puja