(I’m quite proud of myself for not making a Chandler Bing, “Could I be any more…?” joke at this point). 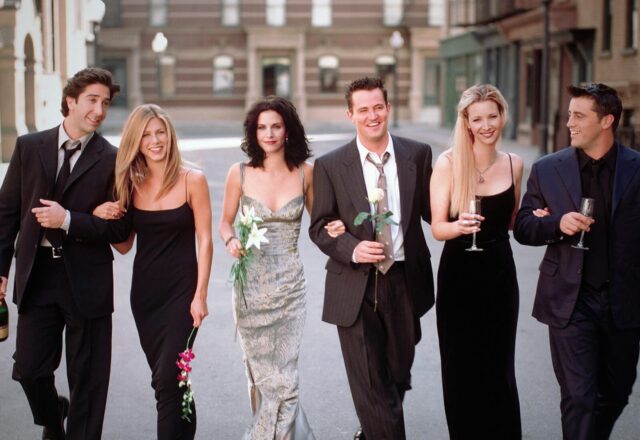 The Friends reunion, called “The One Where They Get Back Together,” is scheduled to stream on HBO Max on Thursday, May 27 with a string of celebrity guests that includes Lady Gaga, BTS and Justin Bieber, etc. (Uh-huh, my eyes, my eyes. I intend my pun)

The One Where They Get Back Together

The first teaser of the show returning that was dropped by HBO Max lasted for less than a minute.

First, we got the briefest of the glimpses into Carrie Bradshaw’s grown-up world in the Sex and the City reboot trailer, and now Friends is returning in an HBO Max reunion special with a less than a minute teaser.

The teaser has just the six Friends, arms linked around each other’s waists, walking away from the camera with the instrumental version of the iconic ‘I’ll be there for you’ theme song, playing in the background.

However, before my sanity decided to leave me with this cliffhanger of a teaser with no surprise elements or whatsoever, HBO Max dropped the official trailer of the show (and I was saved).

Yes, I do admit that I have officially been thinking about this teaser for longer than its total runtime, get here quick, May 27!

The official trailer was thankfully longer than a minute and shows the cast getting back together on the original Friends studio, testing their knowledge of the 10 seasons of the show, revisiting key sets, finding the tissue-paper box, re-reading their lines, and joining James Corden for a joint sit-down interview in front of a live audience.

However, they won’t be portraying their original characters and will simply be appearing as themselves. Yes, even though the reunion didn’t turn out the way we have always anticipated but I’m sure it won’t be any less fun as well.

With this, I’m off to rewatch the ‘one where Phoebe finds a thumb in her can of soda’, who knows? It might hit differently this time!