Were you in a healthy argument with someone and called toxic out of nowhere? Have you not picked up a call by chance and called a toxic partner?

Almost every situation is called toxic nowadays, the fear of being labelled “toxic” out of context doesn’t provide space for free conversation! Social media has already commercialized mental health extravagantly so that no second chance is given to the other person. “ They are toxic, they don’t deserve you.”

The word “toxic” is Greek in origin meaning, “poison of arrows”.  Toxic was the most used word in the year 2018 according to the Oxford dictionary. The word was legitimately used to describe “toxic masculinity” during the #metoo movement. 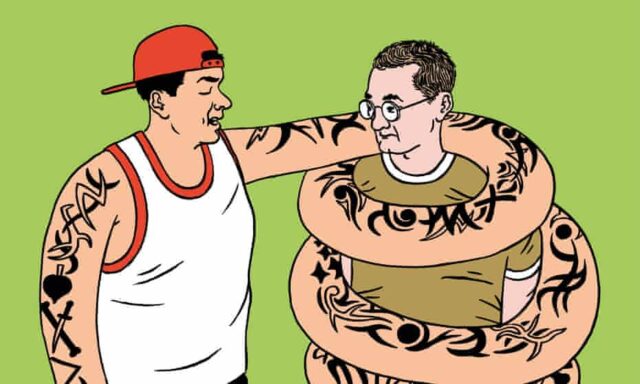 It is perfect to use it to describe abusive households, workplaces or generally any person who gaslights or belittles you. The behaviour or situation has to be somewhat consistent to be called toxic.

Jake Gyllenhaal was called toxic based on a singular narrative shown in Taylor Swift’s music video, All Too Well.  The story of their relationship shown in the video from ten years ago might have been exaggerated for marketing. I am a Swiftie, but the way the entire fandom dragged and scandalized Jake by constantly typing “toxic boyfriend” made me furious.

Also Read: LivED It: What It Is Like To Be Friends With A Toxic Person

The word toxic has its rightful usage and should be used to call out problematic people or situations. I am against the generalization of the word to be used as a weapon to shut others up.

Nowadays when the other hurts you emotionally or triggers you in a certain way, you start calling the person toxic! They attribute the term to anyone they don’t agree with.

The 2021 Miss Universe started a conversation around toxic beauty pageant culture. Indeed, beauty pageants are not inclusive but it didn’t give many people the right to call Harnaaz Sandhu toxic for following diet charts or poise.

Today if your parents advise you to not drive home late or your boss tells you that your idea needs to be changed, it doesn’t mean they are being controlling or toxic!

There is a difference between abuse and advice. Even having presumptions about others’ ideologies and accusing them of being “toxic” is also not okay.

There can be miscommunication or mistakes in relationships. Rather than calling the other person toxic, one should try to listen to them. If it is not repetitive destructive behaviour, you might not want to break the relationship immediately.

We are all learners in progress, and labelling anyone or everyone as toxic without context at the slightest difference of opinion might hamper both us and others.

Toxic Masculinity, Stalking And Women As Just Plot Devices Are Some Notions Of Romance In Bollywood