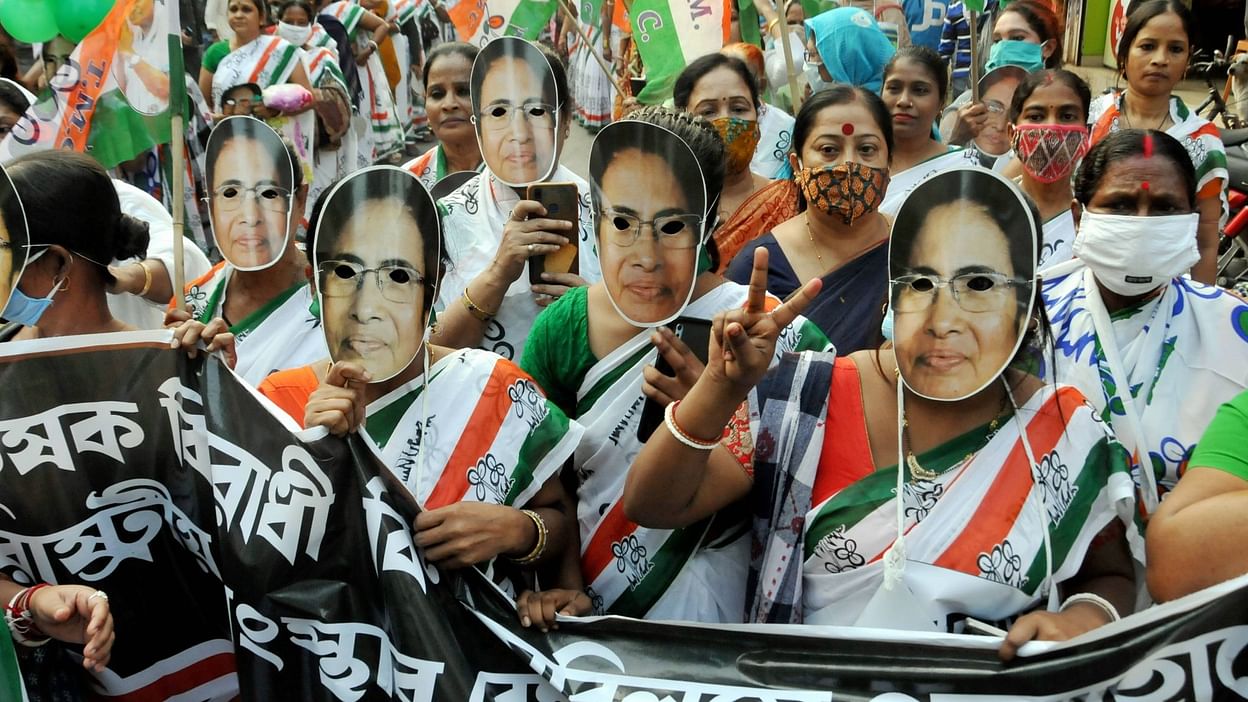 The Bengal Elections mark a major point in India’s democracy each year and by no mere predicament, the elections also mark the turning point concerning a party’s potential to take control of the Eastern metropolis.

Most parties have sought to take to the driving seat and call shotgun only to see the battle for the seat unfold, while the others have taken to the battle to fight till their last gasp for breath.

The Bengal elections are much more than a deciding tourney on who acquires the Chief Minister’s seat.

Rather, it is about parties that have been looking to revive themselves, a party that is adamant about overthrowing Didi off her seat while the other is looking to establish themselves as the undisputed government of West Bengal. Thus, it is only fair that we meet the players of the tourney before voting for them.

The iron lady of West Bengal, and possibly the entirety of the Indian federation, Mamata Banerjee, has been the face of many occurrences to be dubbed as the queen of India’s meme culture.

Apart from that, more often than not, you will find yourself toppling your head over as you listen to the raucous of “CAA CAA chee chee!” ringing from the deep depths of planet Earth.

However, she has rectified her extremely strange yet interesting career in the world of politics on stage, as she went forward with a number of welfare programs that eventually led to the absolute good of the people.

Her tenure also marked a few damning instances of controversies that start from the Rose Valley chit fund scandal to the rampant use of the police force to silence any opposition that dares to speak against them.

Also Read: 5 Most Popular Indian Political Nicknames And The Story Behind Them

The selection for the CM seat for BJP will be a tad strange as they haven’t yet decided on who should represent the party after winning the elections.

However, among those potential candidates, Dilip Ghosh has the best of chances although that leaves us with the onus to decide for ourselves and that to be fair, is the best way.

Dilip Ghosh, for the longest of times, has been instrumental in waging the initial war against the present government.

The man who forced an ambulance to steer its course to not interrupt his political rally exudes the vibe of absolute machismo and the constant call to arms against the ‘urban naxals’ is one made for legends.

Ghosh is the man who has been majorly responsible for enlarging the foot map of BJP in the heartlands of Bengal, from Junglemahal to Birbhum.

The recent turncoat from the coat of greens, Suvendu Adhikari turned to the saffron-clad party in the hopes of his appointment to the Chief Minister’s Office.

He was once known as one of the faces of the infamous Narada scam, the fallen hero of the Trinamool Congress who followed the footsteps of his comrade in arms, Mukul Roy, to become a part of the BJP.

Mukul Roy had joined forces with the saffron party succeeding the events of the Sarada chit fund scam and the Narada sting operation. Suffice to say, Adhikari was a tad late to the party as he forgot to follow his fallen comrade right there and then, and put off the entire act for another five years.

However, Adhikari is a politician who is not to be taken lightly for he is still considered as one of the top contenders for the CMO in this year’s elections.

Adhikari’s hold over the Nandigram district has not wavered a bit even after the debacle faced due to the Narada sting operation, or the chit fund scam for that matter.

His authority over the area is only magnified by the fact that Mamata Banerjee has announced that she shall be contesting from Nandigram.

Although he is not a favourite to win the elections, and neither has he been announced as the Congress-CPI(M) alliance’s first choice for the CMO, however, a section of the Indian National Congress based in Bengal is pushing for his candidacy for the office.

Adhir Ranjan Chowdhury is regarded as one of the more popular leaders coming out of the INC and has considerable influence over his respective constituency. But, owing to the state of the Indian National Congress, the only thing I can predict for him is to watch the game unfold from the sidelines.

Crossing well over the 70 mark, Surjya Kanta Mishra’s influence over the people of Bengal and the entirety of the country has not diminished a bit.

Being the physical embodiment of the phrase, “age is just a number”, Mishra has always been at the forefront of the action- be it the Politburo or going to the Sundarbans during the Amphan to uplift at least one person and change their life.

Having him be the face of the CPI(M)-Congress Alliance will be a massive boon to the gathbandhan at large and inadvertently, help them possibly acquire the seat of the CMO.

I know that it is just mere speculation, although Dada’s proximity for the saffron party and its benefactor, Jay Shah, has only depicted a downward trend with the proximity narrowing with each day.

Dada’s entry into politics under the banner of the BJP can be a massive blow to the TMC owing to his massive influence over, not just Bengal, but also the entirety of India.

This year’s elections will be one for the ages. The excitement and furore have been unparalleled with the constant adieus of incumbent turncoats who turn to the BJP (obviously, it happens in every other election) and the mudslinging of the BJP and the TMC being showcased on the regular Prime Time slot. It is exciting, to say the least.

As Anubrata Mondal of the TMC had stated, “Khela hobe!” (The game is on).