Diamonds are one of the world’s most precious stones. They come in all sizes, shapes and colours. While some are rare to find, like blue, pink and black diamonds, these crystal-clear diamonds are close to everyone’s hearts. They look good embedded in the pricey necklaces and are also a viable investment option.

However, have you ever thought about these source of the sparkly crystals resting in your lockers and worn by you? Studies suggest that several diamonds available in the market result in incidents of grave human rights violation.

What Are Conflict Diamonds?

Conflict diamonds, also known as blood diamonds, are illegally traded (read: smuggled) diamonds that are used to fund conflicts, especially in central and western Africa. Most conflict diamonds are produced in areas controlled by rebel forces.

These stones are then smuggled through international borders and sold in commercial diamond markets as legitimate gems. The funds accumulated from the sale of these diamonds are used for funding terrorist activities, arms trading and organized crime syndicates. 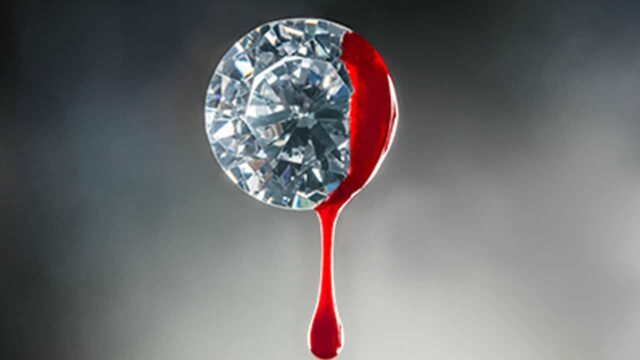 Though the civil wars in the African countries have come to an end, it doesn’t mean that the conflict has ended altogether. The rise of rebel groups in several countries has given them an upper hand.

However, funding could’ve been a problem for them. It is to fund the bloodshed and murders where the blood diamonds play a pivotal role. In exchange for the cheaply rated gems which garner high value in the commercial market, several companies and smugglers pay hefty sums for the extraction of conflict diamonds.

These organizations also wish for the reign of the rebels to continue, because then their crimes will remain overlooked for long.

Child labour, bonded labour and forced labour has been a matter of concern for the international community since the first World War.

Numerous international instruments, including the celebrated International Convention on Civil and Political Rights, have addressed this issue, but the lack of enforceability has made little difference on-ground.

Child labour and forced labour from the poor communities of the African countries rich in diamonds is rampant for the extraction of conflict diamonds. Additionally, these labourers are underpaid, so much so that they fail to maintain a minimum standard of living and often starve.

Read Also: Diamonds Are Not As Awesome As You Might Think- Demystified

According to reports by the International Labour Organization, about 4,500 people were sexually exploited in Peru’s Madre de Dios region in 2015, where 97% of mining operations are illegal or unorganized.

Illegal mining activities lead to indiscriminate digging of the earth for the extraction of diamonds. This results in environmental degradation, as the people involved in such businesses are extremely money minded.

They don’t plan or regulate adequately, because of which the loss to the environment is multifold. This leads to pollution of water bodies around the mining fields, soil erosion and deforestation.

It also snatches away the right of the indigenous population and forces them to relocate. If this trend continues, the entire ecosystem would collapse, especially in mining prone countries. 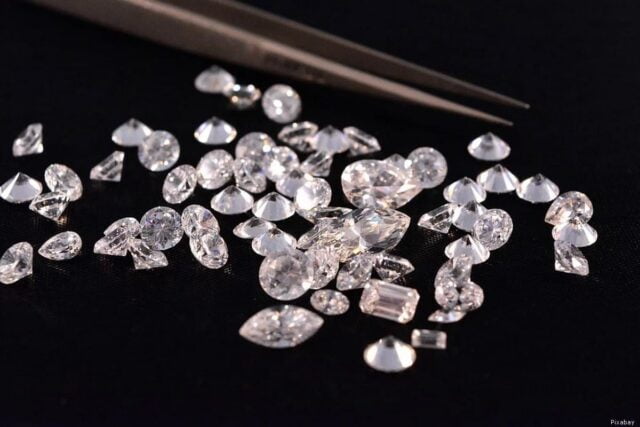 What Precautions Have Been Taken?

The Kimberley Process Certification Scheme was put in place by the United Nations in 2002. This scheme aims to ban the illegal trade of conflict diamonds, but due to systematic limitations, it has been unable to bring the change it was expected to.

The Kimberley Process has ignored the human rights violation, violation of labour rights and issues of environmental degradation, which renders the scheme ineffective.

It is also imperative to note that the scheme doesn’t require the diamonds to be traced back to their mines. This process, thus, allows the conflict diamond traders to acquire a conflict-free certification.

Conflict diamonds are a part of the trade that entails within itself several human rights issues, however, the mainstream, first-world human rights advocates have failed to address it adequately.

To ensure that the jewels we adorn aren’t coated with the blood of innocent men and women, international organizations should come together and put in place a stronger mechanism for banning the extraction and trade of conflict diamonds.