Students of Allahabad University, one of the oldest modern universities in India, have been staging a protest for over a week. They are clamoring for a move to reverse the new fee hike, and some students have also begun to undertake a fast unto death. The student’s actions had been provoked by a 400% hike in undergraduate fees. Under the banner of ‘Chhatrasangh Sanyukt Sangharsh Samiti’, a group of students including hostellers conducted a protest march on campus for the students on a fast. They are of the opinion that several economically disadvantaged students who have been the stellar symbols of the varsity will now be robbed of an opportunity to study. 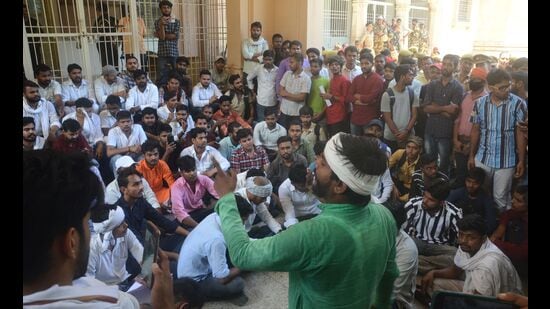 Harendra Yadav, one of the protesting students, said, “We have been protesting for 10 days and are on a fast unto death for seven days. Five students have been hospitalized after their health deteriorated. Yet we have not got any positive response from the university administration. This shows the university’s callous attitude.”

Read More: What Are IIT Bombay Students Protesting Against With A Hunger Strike?

On an Instagram post by IG handle students_au_vale, a student stated in a video that it is unfair for the university authorities to suddenly demand more fees.

She said that neither has the varsity improved its ranking in NIRF nor has the authorities brought new facilities. Students further said that through the fee hike the “blossoming of talent at an affordable cost is being attacked”.

The university officials have also forwarded their reasons for the fee hike. Allahabad University Public Relations Officer Jaya Kapoor said, “First of all, the fee hike, which has been approved by the Executive Council, the highest body, after many long deliberations would not be applicable to any of the present students. It would be applicable to fresh entrants from the 2022-23 academic session.” 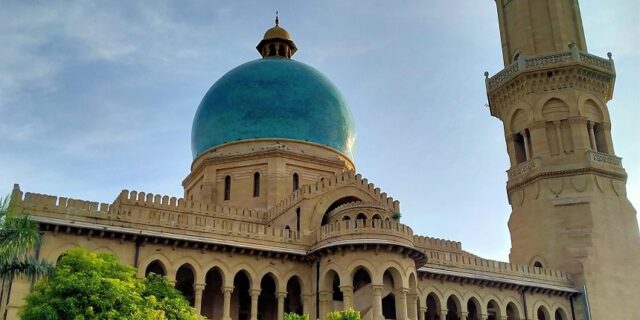 The Executive Council, AUs top decision-making body, approved the proposal for a fee hike on August 31st. The administration also pointed out that this is the first time the fee is getting hiked in 110 years of the university’s existence. Also, their obligation to follow the National Education Policy is stated as a reason, as they have to hire new teachers and formulate new courses.

Vice-Chancellor Sangita Srivastava said, “If the little fees hike is causing so much problem to the stakeholders, they should realise that institutions providing education at such low fees shall perish in due course.”

The protesting students contend that Allahabad University has produced generations of socially conscious citizens due to its low fee structure, and attracted students from backward regions and marginalized sections. The proposed fee hike will force nearly half of the students to drop out, with nearly 50% of students having a monthly family income lower than the proposed fee hike.

How Is JNU Students Protesting Against Hostel Fee Hike From Rs. 2k To Rs. 4k After 30 Years Fair?