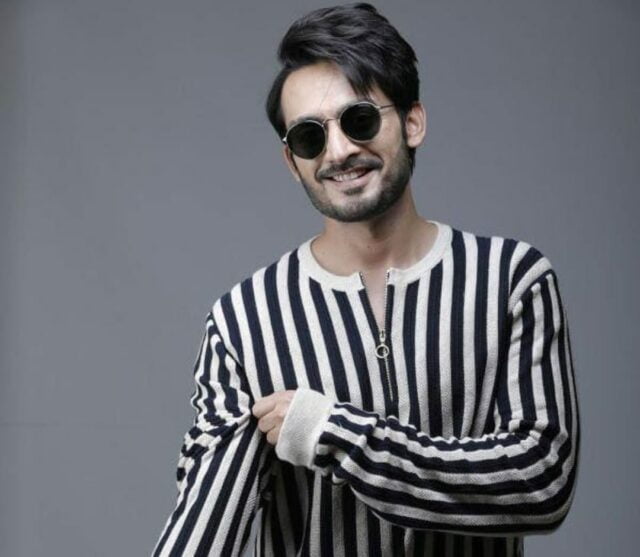 Actor Karn Mehta who’s film Gidarh Singhi after a successful run on Amazon Prime, recently completed 20 million views on YouTube is back in the news however this time it’s not for his movies or other acting related work but for some social causes that he deeply feels for and has joined.
The young actor from Saharanpur who is shifting base between Delhi and Mumbai frequently has joined, ‘Say No to Drugs’ campaign which was started by the student group Ojaswi of Lovely Professional University who requested Karn to be a part of this cause and Karn Mehta immediately agreed.
Karn also went on an Instagram live session on the university’s Instagram page wherein he spoke about how crucial it is for the youth and even any other individual to stay away from Drugs.
Karn said that though some people might find it cool to do such things, it is absolutely wrong to be consuming drugs and it does nothing but a lot of harm to your body and has a very wrong impact on your family too so the youth should rather focus on their fitness, travelling to places, learning new skills, languages etc instead of doing such things.
He also went onto add that although he did acknowledge that the film industry’s name has been associated to drugs in the past one year but at the end of the day it’s an individual’s choice and since Celebrities have a big influence on people they should be responsible about their actions.
The students of Lovely Professional University were extremely greatful to Karn Mehta for his support for this initiative & Karn’s thoughts on this can be seen on the Instagram Live video posted on Lovely Professional University’s official Instagram page.
In addition to that Karn has also become a supporter of ‘ Refuse to ride ‘ campaign which was started by Wildlife SOS which has been protecting the wildlife of the country.
Karn says that I am extremely greatful to Wildlife SOS for making people aware about the extreme torture that elephants go through to be trained to carry humans on them and being used for leisure. What people are not aware about is that at the birth the baby elephant is seperated from the mother and has to go through a lot of physcial and mental trauma just so that they can be used for human rides. It is high time that we should bring a stop to this cruel practise and let elephants be where they’re meant to be which is being the forests.
Karn also feels that the human-animal conflict will also be less if animals are not bothered by humans.
Karn says their is also a petition on change.org which Wildlife SOS has put out there and can be signed.
It is important to note several other well known personalities like Abhishek Banerjee, Jim Sarbh, have lent their voice
On the work front, Karn said their are talks which are on a very advanced stage but since this discussion is more about the causes I would like to keep the focus on that here but yes I do know that my audience has been waiting to know about my upcoming projects and I assure them that official announcements on the same shall be made soon and I hope to entertain them via my work.
Karn also emphasised on the fact that we as a country are really progressing with every passing day and the fact we need to value humans, animals, nature is something we need to really do and that’s probably what the pandemic has also taught us.
In the closing remark, Karn encouraged people to double make up, maintain Covid appropriate behaviour and get vaccinated so that we can save ourselves from the third wave and hope for things to get back to normal soon.

Karn can be followed on his official Instagram Handle – https://instagram.com/karnmehta_