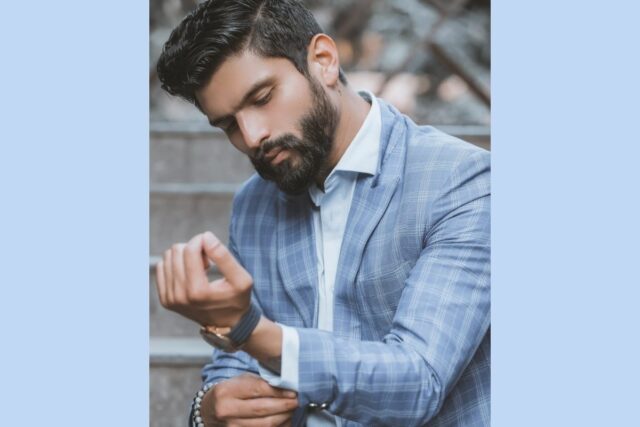 January 12: Aayush Kumar, better known by his stage name, ‘Almost Aayush’, is currently in most demand within the celebrity circuits. The anchor/entertainer literally sets the stage on fire with his wit and jovial personality. Lately, Aayush has added another feather to his cap, be it on stage, or OTT Aayush never leaves any stone unturned when it comes to entertaining the audience.

He is currently seen as the “glamorous” host of the digital make-up series, ‘Make Me Up’ on OTT. His spunk and spontaneity are to watch out for.

Talking about Aayush, he hosted one of the biggest high-profile weddings of this year – cricketer Yuzvendra Chahal’s wedding with Dhanashree Verma. The glimpses from the wedding that made way to social media showed how smoothly Aayush hosted it and made everyone dance to his tunes, including the bride and the groom.

The star performer has also hosted a show in Turkey about Indian weddings, and it’s difficult to take your eyes & ears off him when he holds the mic or takes the centerstage. ‘Almost Aayush’ is also seen lighting the mood at giant Holi parties and concerts, where his electrifying voice adds a spark to the event. Have you ever seen singers dance? Aayush has done this impossible task and made singers like Javed Ali, Nooran Sisters, Sukhwinder Singh dance to peppy numbers at Music Festival.

In an age where getting distracted is easy, we need anchor and entertainers like Aayush Kumar to steal the show. Aayush has worked exceptionally hard to make his name in showbiz and wants to set an example to all those who need encouragement to walk on the path that leads to their dreams.

Lifestyle Charlotte Mondal - January 26, 2022
Streaming services are all the rage now. Gone are the days of Cable TV and advertisements in between shows. The streaming giants of Netflix,...