Most consumer tech unveiled in 2014 were mostly Evolutionary, and not so Revolutionary, with a bevy of products with mere incremental upgrades such as faster tablets, larger phones, slimmer laptops and prettier watches. And while we’ll see plenty more of the same, 2015 holds the promise of taking some breakthrough technologies introduced in 2014, and take them to the next level.

Here are our 5 most anticipated gadgets for 2015. Hype surrounding Samsung’s next flagship is huge, with tech enthusiasts all over the world expecting a major overall to the now cliché pack-all-on-one formula of the Korean giant after the disappointing sales of its predecessor, the Galaxy S5.

Leaks and rumors surrounding the media suggest that the device is expected to feature: Internal improvements aside, the device is also expected to ditch the plastic this time, and go for a much more premium build quality made of metal or aluminum uni-body construction. The Samsung Galaxy S6 is expected to be announced at the annual Mobile World Congress to be held in Barcelona from 2-5 March, 2015.

In the past couple of years, TV manufacturers have been trying to improve and provide an immersive viewing experience by introducing Ultra-wide curved TVs and 3D TVs. However, both these models failed due to the reason that large ultra-wide TVs were simply too expensive for the mainstream audience and 3D technology was just wasn’t good enough.

Founded by Palmer Luckey and Brendan Iribe, Oculus VR is a virtual reality technology company and their first product, the Oculus Rift is a head-mounted display for immersive virtual reality.

Instead of making the screens larger, the company aimed to bring the display closer to our eyes, and coupled with a sweet set of headphones, the idea is not only practical, but also inexpensive. In addition to being an infotainment device, the Oculus Rift is mostly a gaming device aiming for a (and I can’t stress this enough) ‘truly’ immersive gaming experience – moving your neck sideways, up and down to look for enemies (COD) and enjoying the beautiful world around you while roaming in you Aventador (NFS), the device promises to be the next evolution in the gaming world.

The company raised $2.4 million for development during 2012, and has since rolled out two developer kits, the DK1 in late 2012 and DK2 in Mid-2014, for developers to get on with the hardware and bring the magic to life, with the final consumer product targeted to release in mid-2015. Announced back in October 2013, the LG G Flex was a first-its-kind smartphone with true self-healing properties. However, due to an impractical 6-inch 720p display, the device didn’t appeal to the mainstream audience.

Announced at the CES 2015, LG G Flex 2 blends the best of the original G Flex with the all-new Snapdragon 810 processor and some of the best aspects of LG’s G3 flagship to produce an excellent new phone.

With an improved generation of LG’s plastic OLED technology, the resolution of the Flex 2 is stepped up to 1080p and the screen size stepped down to a much needed 5.5 inches. As expected, all the beefed up specs are present – Snapdragon 810, 2/3 GB RAM, 16/32 GB with micro SD card expansion, 13 MP laser-focus camera with OIS and a 3,000 mAh non-removable battery.

The company’s internal engineering team has made the device more durable and shock resistant than the original, including the phone passing the “You can even sit on it” test without a hiccup. The smartphone’s “self-healing” coating has been upgraded to quickly patch up any scratches it suffers in around 10 seconds, shaming its predecessor, which took minutes to do the same.

With top-end specs and some great physical properties, the LG G Flex 2 is definitely one of the contenders for 2015’s best smartphone award.

The device will go on sale in Korea in the beginning of February with international markets to follow. ‘Smart’ set-top boxes and streaming sticks such as the Google Chromecast are quite cost-effective ways to boost the productivity of that giant screen in your living room. However, our beloved chip manufacturer Intel, has an intriguing option for those who want something more versatile and flexible. Squeezing the power of a tablet into the size of a pack of gum, Intel unveiled the “Intel Compute Stick” at the CES this year.

A complete Personal Computer in your Pocket

Both these devices have their pros and cons for their price tag.

For $89 or $149, the Intel Compute stick is a complete PC solution, although it does require a Bluetooth Mouse & Keyboard to operate. Similarly the Chromecast, which sells for $35 can only do a couple of things such as streaming Youtube or local media, it too requires an Android device of a laptop running Chrome to operate.

Considering that most stick PCs available today are only good for gaming or multimedia streaming, the Compute Stick can be a big productivity hack given the fact that it would be available for $149, which it still much cheaper than most DIY builds.

The Intel Compute Stick is expected to be available starting March, 2015. Television announcements and CES go hand-in-hand, and 2015 was no exception. Our phones may have earned the right to be called ‘Smartphones’, but our TVs are not far behind.

Many companies introduced their new series of Televisions. For instance Sony unveiled a number of ultra-thin (up to 4.9 mm at their thinnest points), almost frameless 4K TVs, all of which equipped with Android TV OS, in-built voice search and PlayStation now.

In addition, Quantum Dot TVs (read more) providing much higher quality than OLED and as bright as LCD TVs, were also presented by plenty of manufacturers. Panasonic also introduced its 4K Blu-ray player (which up-scale’s the quality of normal video content to 4K resolution), which is still a prototype as of now, but is expected to immensely improve sales of 4K TVs once it goes mainstream.

CES 2015 saw the release of improvements in present products and even some new technologies – thinner and smarter TVS, better quality smartphones, Virtual Reality headsets and much more. However, the MWC (Mobile World Congress) to be held in March promises many more revolutionary technologies (mobile devices, specifically) to be unveiled. Stay tuned. 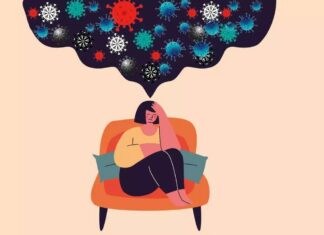 Akanksha Yadav - July 30, 2021
What began as a heavy feeling in my chest and a rapid heartbeat, became my anxiety's worst trigger. On my first visit to the...