Disclaimer: All names have been removed to protect the identity of the people involved for safety reasons

A highly sexist matrimonial advertisement looking for a “non-smoker, non-feminist, good cook, never been married before” potential wife was published in one of India’s most prominent newspapers, The Hindu.

On seeing this, a young lady mailed this unknown “industrialist” on the given email ID, heavily laden with sarcasm, intent on teaching this man a lesson. 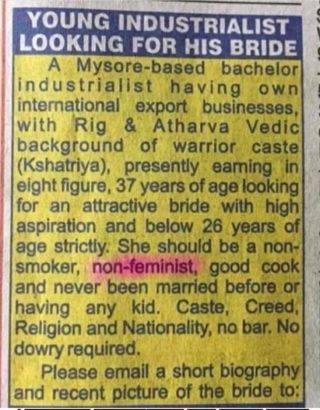 The reply which she got was nothing short of horrifying. The man behind the email after calling her a “ranting feminist bitch” threatened to “rape all of her holes” and “cut her breasts” with his knife. 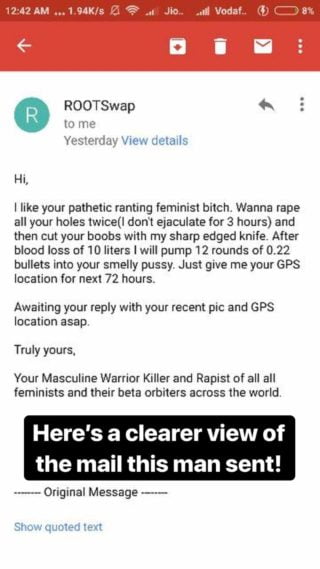 When a friend of hers contacted The Hindu’s Bangalore office regarding this, they were initially of no help. They then started to share this on social media, where it picked up traction. Only after this did The Hindu take note and act. 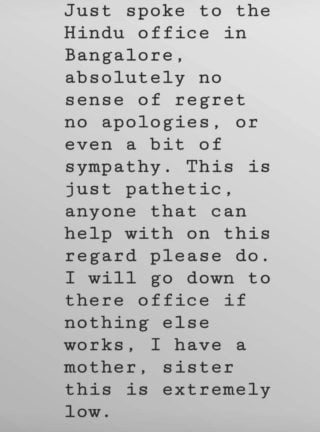 Thankfully, the response was apt as they assured that the head office would be informed and even promised a solution by the day’s end. 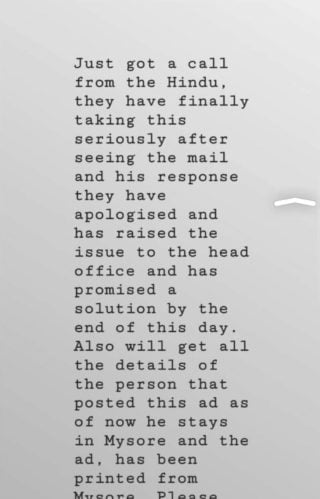 After this issue gained traction on social media, other people who had received similar messages, allegedly by the same person, also shared the emails that they received. The language was the same, threats of mutilation, cuss words and little else. 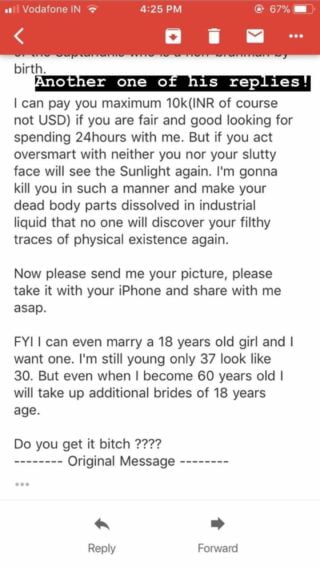 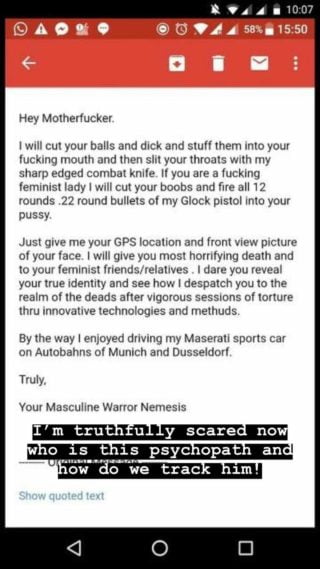 It is horrifying to see how blatantly people threaten bodily harm to another person, with no fear of consequences. Even if we put the anti-feminist views that belong to the 1600s aside, this fearless attitude is quite troubling.

It is also heartening to see the positive reaction that people have shown on social media. The Hindu also deserves credit for picking up the pace after the earlier lack of engagement and working on finding a solution.

ED has reached out to the given email ID for the views of the other side. The updates will be pushed to this space only. Stay Tuned!

A Stranger Just Opened My Car Door And Sat Inside: GQ Model Recalls His Horrific Incident At Moolchand Red Light