Home Politics Woman Getting Rs. 500 Under Jan Dhan Yojana Gets Trolled By Twitterati 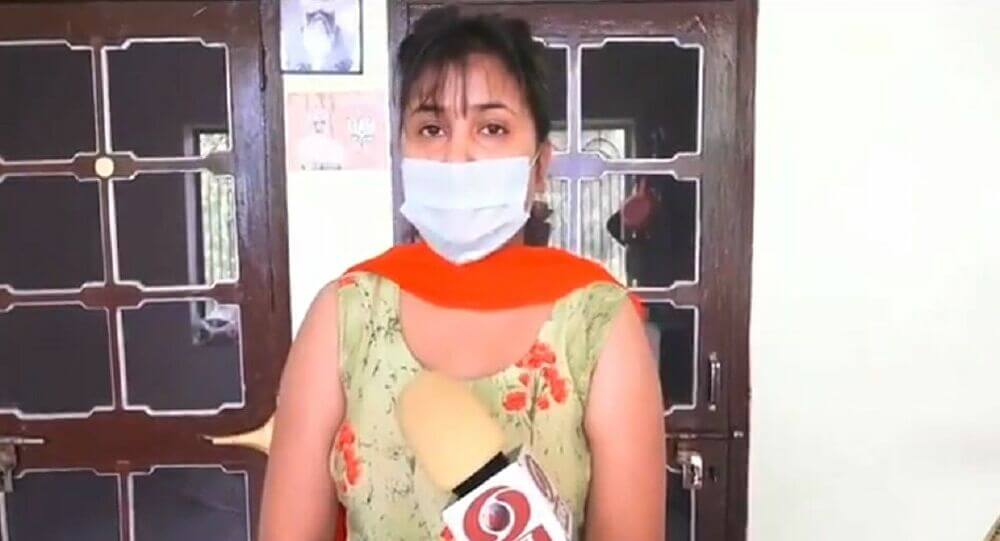 The lockdown and mandatory work from home for employees has resulted in a very tough financial situation for many people the country. Not just for daily wage labourers but even employees whose company might not be paying them for this time.

Many citizens of the country are worried about how they will be able to see the basic and daily expenses especially with the whole family at home. Groceries, food items, gas, fruits, etc. have all increased in consumption and it is a very real problem for many on how they will ensure that these needs are met.

In order to help out during this time of crisis, the Rural Development Ministry decided to give Rs. 500 to women account holders of Pradhan Mantri Jan-Dhan Yojana (PMJDY).

The Ministry said that the amount would be transferred automatically to those accounts with even Finance Minister Nirmala Sitharaman having had confirmed this on 26th March that women PMJDY account holders would be given Rs. 500 for the next three months as per the PM Garib Kalyan Package.

Doordarshan, an autonomous public service broadcaster founded by the Government of India had been posting video clips of women getting this money and their reaction to it on their official Twitter handle.

However, it seems that the reaction other netizens gave to this was much different than expected.

Twitter’s Reaction To It

Apparently, a lot of people raised questions on how authentic this was and how ‘needy’ the people who’d gotten the amount really were:

A woman with a fire extinguisher in the house is pretending she is needy. Whoever was appointed to do marketing and PR for the Modi government for this should be sacked for making the government look foolish and unaware! https://t.co/peQHIPOGUy

So much so that ‘Rs. 500’ was even trending for a majority of today.

I am thankful to Government for their help in the time of crisis as I have received Rs 500 through Jandhan Yojna.#GareebKalyanForCOVID19 pic.twitter.com/ohFpgiakty

Pic 2 : A close up of the video shows, a BJP volunteer was chosen by DD news :)

Propaganda as it's best!! pic.twitter.com/ymG8ga77UI

Who are these 'poor' people getting Rs 500 and going ga ga over it? Has the definition of poor changed? Come on DD, apply your mind. @PrakashJavdekar, your propaganda needs more finesse. https://t.co/smvB3y7P78

Hats off to Modiji for identifying such poorest of the poor and giving them Rs 500. https://t.co/LEpqypvR2j

Yes DD news, I totally believe this woman's lifestyle is the kind that depends on Rs 500/- from the prime minister's fund.

She probably used that money to buy that lock for her fancy door of her extremely sad looking hut. https://t.co/2860HcRGTI

Hey @DDNewslive, could you please check if these poor are getting ration and Rs 500 under PM Gareeb Kalyan Yojna. pic.twitter.com/EVVJoh5cJ1

Dear DD people, you should have chosen a better actress, who indeed looked poverty-stricken to justify the ‘gratitude’ for Rs 500. https://t.co/EUaxsGhSL9

While real Indian poor wait in lines for 4 hours to get Rs. 500 pic.twitter.com/bDBYSJZofb

Many people alleged the government of not helping the actually needy and poor people who reportedly had to stand in line for hours to get their money.

There are many stories of people having been helped by this scheme, however, perhaps some measures need to be taken to show those people instead of ones who are looking well-off otherwise too.

Rumours And Other Issues With The Program

Besides this, the funding also had some other problems, one of them being a rumour that if the money was not withdrawn immediately then it would be removed from the account.

However, the FM did clear up these doubts by stating that no such thing would happen and people can withdraw the money any time. In a tweet she clarified that, “We would like to assure that money deposited under the Jan Dhan accounts are safe. The account holder can withdraw the money from the bank branch or ATM at any time. Don’t believe any rumour about the safety of the money.”

This rumour had actually led to a panic among people who had taken position outside banks in extremely long queues while trying to withdraw their money.