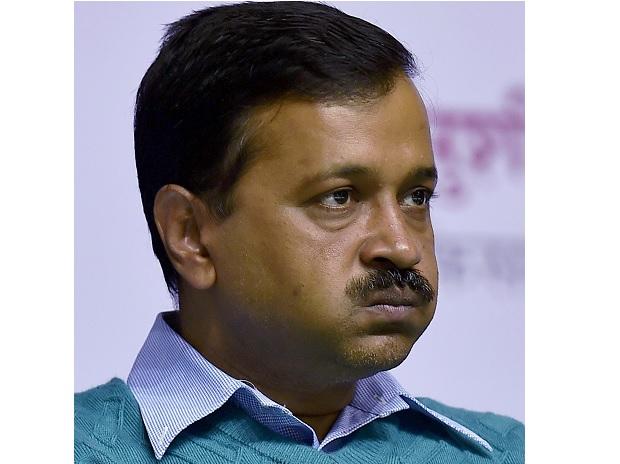 Even a person away from politics will know who this man is and how he has become one of the most important figures in Indian politics.

From being an IIT graduate to working with the Indian Revenue Services to becoming an activist to a politician to a Modi-obsessed tweeter to now a fairly quieter Chief Minister of Delhi, this aam aadmi’s story is definitely out of the ordinary.

How has he evolved and how he, someone who perhaps no one even knew before 2011 has now become someone who has around 14 million people following him on Twitter? Kejriwal left his job as the Joint Commissioner of the Income Tax Department to focus on Parivartan, a movement he founded with Manish Sisodia and others in Sunder Nagar area, New Delhi.

Parivartan was a ‘jan-andolan’ in its own right. It catered to citizens’ grievances related to the public distribution system, public works, social welfare schemes, income tax, and electricity.

Parivartan easily gave Kejriwal the identity of the ‘RTI activist’ who along with other activists was successful in exposing PDS scams and activating the RTI movement.

Pursuant to this, he was given the Ramon Magsaysay Award for Emergent Leadership, for his involvement with Parivartan. In 2011, Kejriwal along with activists like Anna Hazare, Kiran Bedi, Prashant Bhushan etc. demanded the enactment of the Jan Lokpal bill.

It was the first time in many years an involved movement was created all-over the country. From intensified protests to hunger-strikes, India against corruption activists did everything possible to ring a bell with the government.

Halfway through 2012 Arvind Kejriwal became the frontman of the movement as Anna took the backseat. It’s not easy to start something different especially when you almost end something you were familiar with. So was becoming a politician the end of his career as an activist?

According to Kejriwal, however, the answer was no.

The point was to get into the system to clean the system. As civilians the IAC activists had no authority to order the terms to the elected representatives, the only option then was to get elected themselves.

He formed the Aam Aadmi Party consequently, creating a rift between Hazare and Kejriwal. Also read: Based On This Report Of AAP Govt’s Work In Delhi For Past 2 Years, They Seem To Have A Bright Future

When AAP won 28 out of 70 seats, it was a big day for Indian politics. A day when any ordinary man could imagine breaking into the glass shield and giving it a chance.

On 14 February 2014, Kejriwal resigned as Chief Minister after the Jan Lokpal failed to breathe life.

And when he came back for the second term after being re-elected, winning 67 out of 70 seats, he made history, yet again.

The then Modi-obsession to now fairly quieter times

Kejriwal basically has an opinion on everything (including Bollywood movies), but he has happened to relate them all to Modi in the past.

However, it’s been almost a year since he has tagged him in his tweets. In 2016 he had mentioned Modi around 124 times compared to a feeble 33 times in 2017. Kejriwal even abstained from personally attacking the Prime Minister over the disqualification of 20 AAP MLAs earlier this year.

His initial years in politics went into wailing and speaking up too much. He was making too many efforts to exist and co-exist and make his presence felt at the national level, while his own state was neglected. Is Kejriwal changing his way?

The Kejriwal we are seeing post-defeat in Punjab is a changed man, who has become a little quieter and less aggressive. He still has opinions but has found a way to express them without personally attacking as his fear of being marginalized apparently is overcome.

He has probably realized that attaching every common man’s problems to big, affluent corporate and political goons is not serving his cause, if there was and exists any. What he needs is to directly address those concerns.

Everyone is only speaking, and it’s just plain attacks and counter-attacks, that is left of Indian politics. Everyone is still in the election phase, so much so that we have almost reached another. Amongst all this, is Kejriwal reaching out to the common man’s problems without focusing only on calling out the big political pundits?

Yes, we now see him returning back to his agendas. He is taking efforts to regulate the fees in private schools; something other state governments have not been so successful in doing.

AAP is making efforts to be an anti-corruption crusader in a true sense by hitting at the private hospitals and schools and the exorbitant fees they charge.

The AAP is now getting back to the main agenda of providing cheaper electricity and free water as earlier promised.

According to deputy chief minister Manish Sisodia, the government is in the “fourth gear”.

“Our main projects have been streamlined and approvals have been taken. Now the stage is set for implementation.”

Kejriwal is finally working for his people (hopefully) something he was supposed to do than calling out names. Something like:

Based On This Report Of AAP Govt’s Work In Delhi For Past 2 Years, They Seem To Have A Bright Future