Can anything be not controversial if it is about Jawaharlal Nehru University (JNU)?

So, what happens when some filmmakers decide to make a film around JNU?

It just puts the movie at the centre of an unresolvable controversy. That’s it.

What Is This Movie?

The name of the film is Varthamanam. It is a Malayalam movie starring Parvathy Thiruvothu and Roshan Mathew, set against the backdrop of the everyday climate of JNU — student protests. 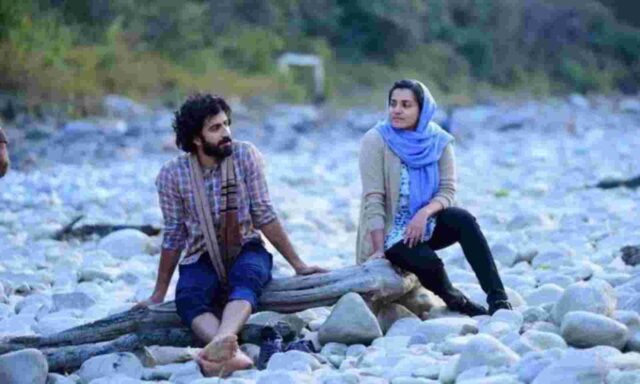 The story revolves around a Keralite Muslim woman who moves to Delhi to continue her research in JNU. The topic of her research is Mohammed Abdur Rahiman, a legendary freedom fighter from Kerala.

The film has Sidhartha Siva as its director and Shoukath as the screenwriter, no less acclaimed in their domains than the lead pair.

What adds a layer to their backgrounds is that Aryadan Shoukath is also a local Congress leader. But that’s not it. His father, Aryan Muhammed, is a former state minister and a significant party leader of INC.

How Does A Film Get Certified?

Now for a filmmaker to make his movie available to the public, that person needs to get it certified. How obvious! But how is it done? The body responsible for the certification of movies in India is the Central Board of Film Certification (CBFC).

CBFC consists of three panels, of which the Examining Committee is primarily responsible for certifying the films. It includes four regional officers, out of which two of them have to be women, and the chairperson does not preside over this panel.

If this committee refuses certification, it passes on to the next panel, the Revising Committee. They recommend cuts or changes to the film, which if not complied with, the committee has the authority to deny any consent.

The final panel, the Film Certification Appellate Tribunal (FCAT), is made up of veteran members of the film industry and retired judges. If this constituted panel also refuses to show the green signal, then the filmmakers can move to HC or even SC if needed.

Also Read: Do You Know How The CBFC Certifies A Film?

The Bone Of Contention

So, last-to-last week, the filmmakers received a notice. It said that the film certification has been denied presently. So, the movie will be now sent to the revising committee.

Aryadan Shoukath also informed The News Minute that they did not know the reasons for the course of action chosen by CBFC.

As soon as the news broke on the internet, Advocate Sandeep Kumar took to Twitter to state his grouse against the movie.

A member of the Kerala regional censor board and a BJP leader, he called the theme of the movie ‘anti-national’ and that it could disrupt peace since it showed persecution of Muslims and Dalits in the JNU protests.

According to the PTI sources, the movie faced strong objections from two members, precisely political delegates, and the others who belonged to the film industry were ready to approve it with a few suggestions.

Although Sandeep has deleted the tweet now, it started a spat on social media with both sides calling out each other.

What Is The Status Now?

The good news is that the movie has finally got the clearance from the Delhi Central Board Revising Committee. The filmmakers have confirmed the same in a press conference held at Kochi and have called it their ‘victory’.

Takeaways From This Case

Sandeep Kumar, first of all, violated the rules. He made a public remark about a movie that he had reviewed, giving full wind to his personal bias. The question raised by Shoukath on this matter is a legitimate one. Calling out the scriptwriter on his clan and race was definitely a low move.

Moreover, the infiltration of the Censor Board by more and more political appointees is also something that one can ponder upon because many of their decisions are politically motivated and made for the convenience of their patrons.

So what happens at the end is that freedom of expression suffers the loss, and political vendetta gains, which are most definitely not the signs of a healthy democracy.

Schirin Thoma: a teenage prodigy who came to prominence as a model at a...

Reviews Brand Voice - December 6, 2022
Ahmedabad, December 06: With increasing digitalization, the one common demand of anyone whether you’re a food truck owner or a doctor using telemedicine is faster...