The recent controversy around the Sabarimala Temple has created a lot of hustle & bustle around the issue of menstruating women and the right to equality.

The much awaited moment is here and women are all ready to enter the Sabarimala Temple but at what cost? The entire nation awaits to watch this historic moment but before that one needs to know the entire issue. 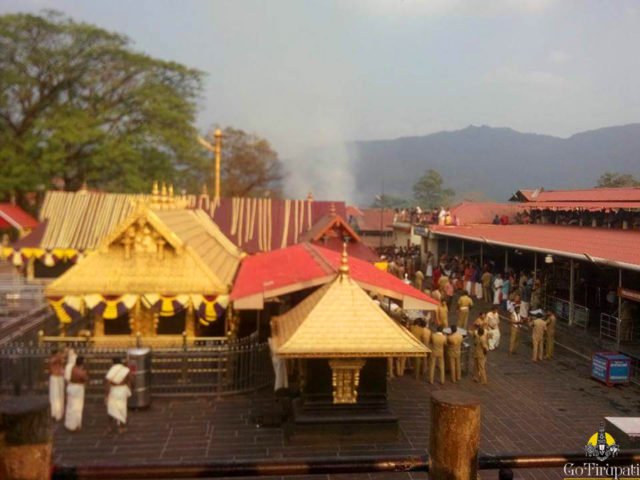 The temple has two very important aspects. The first one being that it is open to people from all religions and the second one being that unlike other Hindu temples in the state, Sabarimala temple is not open all year-round. It opens for devotees to offer prayers for the first five days of every month in the Malayalam calendar, as well as during some festivals.

The tale of Lord Ayyappa

The presiding deity in the temple is Lord Ayyappa. As the tale goes, it is believed that the royal family of Pandalam was known for its kinship with Ayyappa, son of Harihara (mix of Shiva and Vishnu).

The myth goes like this: the king and queen of the royal family were childless. One day when King Rajasekhara went on a hunting expedition, he found a crying baby next to the river. Sage Agastya advised the king to take the child and raise him like a prince, as he was a boon sent by the gods. The child was named Manikandan and grew up as the prince of the royal family.

Manikandan was seen under the divine light and considered holy. A lot of instances happened which proved his bravery and wit. These instances led the king to believe that his son was no ordinary child but the human form of Lord Ayyapa.

Thus the king built a temple which happens to be Sabarimala and here Manikandan or Lord Ayyapa resides.

Also Read: Kerala Pastor Apparently Said That ‘God Was Now Punishing The People Of Kerala For Their Sins’ To Explain The Kerala Floods

The shrine of Lord Ayyappa is located atop a hill, 3000 metres above the sea level, in Kerala.

The entire fuss comes from the fact that menstruating women aren’t considered pious are so women between 10 to 50 (Pre menstrual and menopause) aren’t allowed inside the temple.

In 1991, following a High Court verdict, women between the ages of 10 and 50 were barred from entering the temple. However, that HC verdict was reversed by the Supreme Court and this has raised a fury among a lot of devotees. 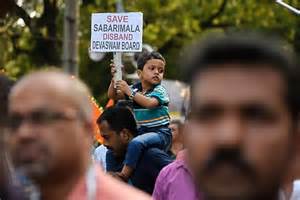 Amidst a lot of controversies, the Supreme Court announced the landmark judgement and reverted to the 1991 verdict.

Women are now allowed in the temple, some perceived it as an intervention in the relationship between the devotee and the deity. A lot of opposition was seen to this move, as this was seen as an infringement on the celibate nature of the deity. A lot of arguments denying entry was justified by that in order to protect the ‘Naishtika Brahmachari’ of Lord Ayyapa and the second reason being that under Hindu tradition menstruating women are considered unholy and should lead a simple life while in “those days”, entry into the temple would thus pollute the area.

A lot of people were seen rejoicing the verdict while some also questioned it on the grounds of countering religious beliefs with rationality.

17th of October marks the entry of women in Sabarimala. A lot of protests are taking place in the area stopping women from entering the temples. 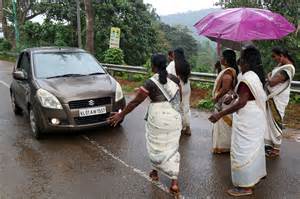 Vehicles are being checked and requests are being made but how useful would they be?Anti woman protestors have already attacked two reporters and since then are stopping buses full of devotees. Amidst all this chaos being caused only time would tell if the verdict could be executed in full swing or not.

Can this moment of women entering the temple be seen as the first move towards progression, or an infringement of one’s religious practices?

FlippED: Should Women Be Granted Period Leave In Offices? Our Bloggers Fight It Out