Home Social Opinions Sold To Sheikhs, No Food/Water, Beating, Sexual Use: How Indian Workers In... 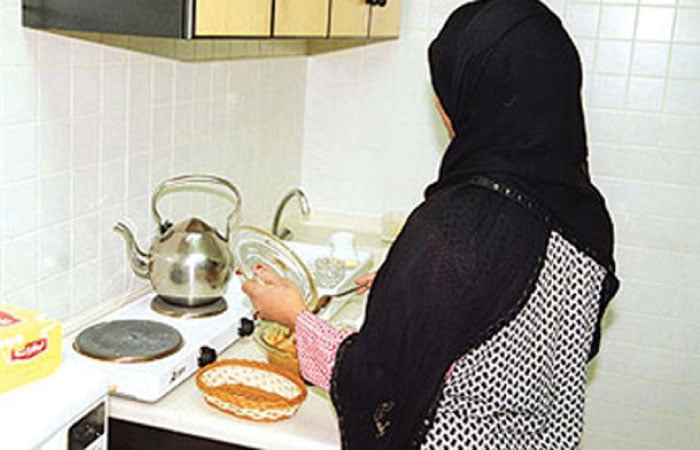 After three weeks of exploitation and horror by her employer in Oman, a young woman from Hyderabad finally returned home. A local agent lured her into accepting a job in Dubai as a saleswoman, which seemed to open doors of opportunity for her economically-backward family.

But instead of sending her to Dubai, the agent sent her to Sharjah in the United Arab Emirates. From there, a Sheikh bought her and took her to Oman. The Sheikh kept her as a domestic helper, torturing her without providing her adequate food and water.

Thankfully, the woman was able to inform her family, who alerted the Indian embassy in Muscat. The foreign ministry reacted immediately and helped her in getting back to her family.

This isn’t the first time that an Indian worker, especially a female, was exploited by an employer from one of the Gulf countries. In 2015, a fifty-eight-year-old Indian woman from Tamil Nadu, working as a housemaid in Saudi Arabia, had her right arm chopped off by her female employer while she was trying to flee from the harassment and torture she was suffering. She was reportedly earning less than Rs 20,000 a month despite working for more than 12 hours on a daily basis.

In another case, an Indian maid in Saudi Arabia was made to work for more than 18 hours a day without food and water. Upon returning to India, she revealed that the employer and his family used to beat her up, and that she was also subject to sexual exploitation.

According to the data revealed by the government, as many as 55,119 complaints of “ill-treatment and exploitation” of Indian workers were received by Indian Ministries across nine countries from 2014 to 2016. Of these, 87 percent were from six Gulf countries.

Also Read: The Veil Or Burqa Should Not Be Assumed To Be A Symbol Of Oppression

The local agents target poor people who are lured by the fancy offers from their Gulf employers. The economic crisis faced by them makes them fall for this trap. The agents dupe them into signing contracts with the employers. They often have connections in the immigration offices, to help clear the visas. Most women from the states of Telangana and Andhra Pradesh are unaware of the restrictions imposed by the government. They blindly trust the local agents, as there is no connectivity between the government agencies and the people. Government hasn’t been able to trace the agents as they do not have fixed set-ups.

In 2011, the Indian government announced guidelines for women workers bound for ECR (Emigration Check Required) countries. According to these guidelines, the women workers should be at least 30 years of age, and the government should supervise their recruitment.

In 2015, the government introduced a new rule, which made it tougher for employers in the Gulf countries to hire Indian women domestic workers.

The new rule made it mandatory for employers from the countries in the Gulf Cooperative Council (GCC) to file a request form for a domestic worker, sign contracts guaranteeing workers’ rights and security and deposit a surety of 2,500 USD in the bank account of the worker.

To avoid paying 2,500 USD as a security deposit, employers contact local agents who send workers abroad on a ‘visit visa’, instead of the Khadama (domestic help) visa. As they do not require government supervision, it is easier to hire workers through this method.

Another way these agents help these employers get their workers is by making them apply for emigrations checks via less strict countries such as UAE. They are then trafficked across the border to their real destination.

Helpline Set-Up By The Government

As reported by the NDTV, a 24-hour helpline was set-up last year to help such Indian workers trapped in Gulf countries. Workers facing any form of harassment or abuse can call up the multilingual toll-free number (800 INDIA).

With this helpline, the Indian Workers’ Resource Centre in Sharjah in the United Arab Emirates aims to help thousands of Indian workers in the region who may be at risk of exploitation.

Sources: NDTV, The Hindu, The Times of India + more

Indian Women Earn Rs. 200 A Day At Brick Kilns Which Is Half Of What The Males Earn