Home Entertainment Salman Khan Saves Careers In Bollywood, But That Doesn’t Allow Him To... 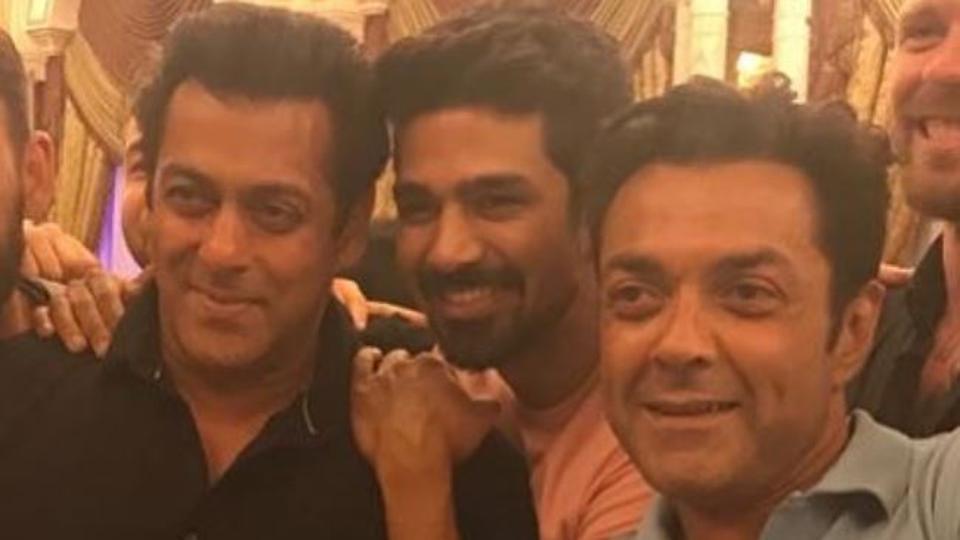 There is no doubt that Salman Khan is a revered figure in Bollywood, from his extremely bordering on a scary loyal fanbase who believe he can do no wrong to the industry also showering praises on him, Khan enjoys a position of power and prestige.

But, setting aside all the memes and jokes for a minute, you have to admit that there are some pretty solid reasons as to why exactly is almost worshipped.

Besides his philanthropic work, one thing that has always been true for Salman is him giving new or out of work a new lease at their career.

Whether it be launching new entrants into Bollywood and giving them a debut that one can only dream of or reviving the careers of out of work and forgotten actors, Salman has done it all.

And that is exactly why whenever someone in Bollywood is in need of work, you can give a good guess that their next project will be courtesy of Salman Khan.

To be extremely honest, I will say that in this case, Salman really does deserve all the praise he gets because this is not easy work.

And time and again he has shown he does not discriminate when helping someone, be it a man or woman, older or young, no matter what their social standing might, if they come to him for help he will give his 100%.

Bobby Deol would be the most recent case of Salman helping someone get their career back on track and not just that but also his physique too. For a long time now the youngest Deol has been the butt of jokes and even his ambitious DJ gig did not really take up as well as he might have hoped it would.

Bobby Deol has previously mentioned how surviving in Bollywood is not easy and that he himself has been on the brink of depression due to the intense competition and not being able to stay with the times.

It is said according to certain sources, that Salman Khan might have helped him get the role in the upcoming Race 3 and even helped him get back into shape, further making Bobby realize the importance of a healthy body.

Apart from that, Katrina Kaif would be a good example of what happens when Salman Khan has your back, where she is now counted among the top actresses of Bollywood. She went from being a debutante who was mocked for not having a single expression to with Salman’s help working with some of the biggest directors and actors in the industry.

Salman has also given breaks to several newcomers like Zareen Khan, Daisy Shah, Pulkit Samrat, Sooraj Pancholi and Athiya Shetty, and more. Whether in his own films or producing their films or getting them into contact with his own network.

And all of this is worthy of respect since there is practically no other big Bollywood actor right now who is putting in so much time, effort and money into helping other struggling actors.

Salman not only helps them with their roles but also gets them into shape as has been revealed by Arjun Kapoor, Bobby Deol, Hrithik Roshan and more.

But Does That Give Him The Right To Destroy Others?

Seeing the good works of Salman Khan, you’d think he would do no wrong, but as generous and helpful he can be, the same way, he can also be quite petty and sensitive.

Small and harmless jokes, rumours of an alleged relationship and dating his ex, all can result in him literally destroying the career of an actor with the snap of his fingers.

Whether you take the case of Vivek Oberoi who was the most public account of Salman’s power. Oberoi was at that time, one of the most promising actors with a debut movie like Saathiya, and then giving impressive performances in Dum, Yuva, Company and more. However, after the very public fallout with Salman Khan, the poor guy literally vanished from Bollywood.

The 2nd example would be Arijit Singh who was a victim of Salman’s sensitive side when during an awards function back in 2014 a harmless joke hit the latter too hard. Apparently, the entire situation was so that first, Salman took a hit at Arijit by asking him ‘so gaye the kya’, to which Arijit replied in a similar mocking manner by saying, “Aap logon ne toh sula diya (you put us to sleep)”.

This small little counter-joke, apparently hit Salman so bad that it is alleged that he removed Arijit’s song from his next movie Sultan. Arijit was at the top of his game a few years back, with him literally singing songs for every Bollywood movie to come out. But now, one will be hard-pressed to find his songs.

The 3rd would be Arjun Kapoor, whom ironically, Salman only helped make his debut by training him and getting him into shape. But it is alleged that after rumours of Kapoor’s supposed relationship with Salman’s former sister-in-law Malaika Arora arose, things got very difficult for Arjun.

If he is as noble and clean hearted as he presents to be, then why is Salman so quick to get angry and go about killing other people’s careers?

You can’t just ruin someone’s career because of a fragile ego and nor can you have this type of selective humanity.

You can like someone and make their life and destroy it all at the same time.

Just because you don’t like the black buck, people sleeping on the road, Arijit and all, so basically that gives you the right to destroy their career.

Salman keeps touting the Being Human message, but when impacting someone’s livelihood then that is being non-human.

Salman Khan In Prison: Will He Get Bail The Next Day & Which Driver Killed The Deer Now?