Home Entertainment Books Rupi Kaur’s “Milk And Honey” Is A Failure To Me: ReviewED 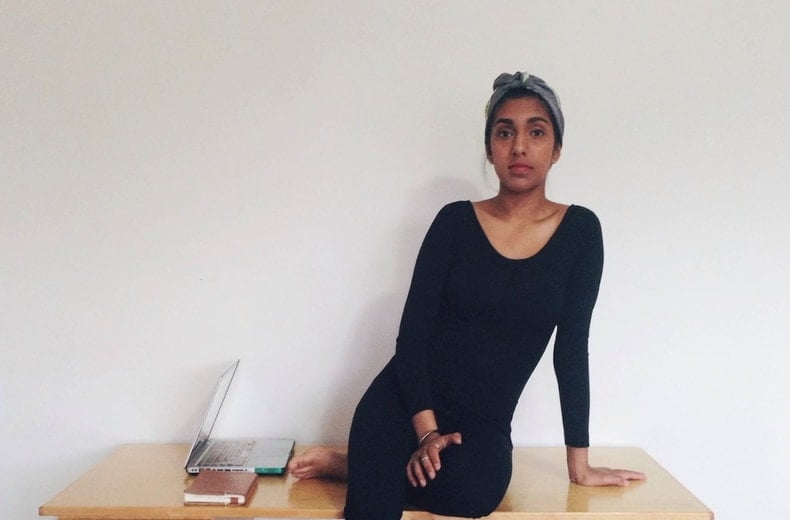 Disclaimer: This is a personal piece, so feel free to contradict. Also because I don’t care.

All the articles on the internet compelling “7 Powerful Poems By Rupi Kaur Everyone Should Read” or “15 Times Rupi Kaur Made You Proud of Being A Woman” never interested me – precisely because I don’t like handpicking poems from a collection. Poems have their own flow and purpose, and this is why they have been arranged in certain specific manners by the author. So is milk and honey. It is divided into four sections: “the hurting”, “the loving,” “the breaking,” and “the healing.”

milk and honey was released in 2015 and was a sensation. So much so that there is one person who always quotes her work in a week.

No matter how many people enthusiastically celebrate the anthology of her poems, I have certain specific problems with it.

Also read: Did You Know About These Amazing Regional Writers From India? ED Poster Series

1. Too basic that it will make you yawn

the recreational use of
this body is seen as
beautiful while
its nature is
seen as ugly”
– milk and honey, rupi kaur

“i bleed
every month.
but do not die.
how am i
not
magic.”
– salt., nayyirah waheed

There is a mile of difference between both the women discussing menstruation. I will not argue because both deal with different topics though they are about periods itself.

What I really mean to say is, it is not enough to string a few words together to make a feministic statement to be accepted. You need to learn how to play around with words.

Except for a handful of poems, it seems Kaur has made this a handbook of feminism rather than a collection of poetry which talks about feminism. I came for poetry. Because that is how it was marketed. So don’t tell me that the reason I don’t like it is because I didn’t come for feminism. I went by the marketing strategy.

The success of this book really tells you how feminism is being sold in the market. Earlier, I used to think that it is restricted to advertisements but then you realize that literature has caught a grip of it too.

It is a feministic text. Sure. But it is bad poetry. Did not make me feel alive at all.

Okay, the book really attempts to capture rape culture and the experiences of abuse. The hurting, the healing, etc. But the book somehow is just ONE STORY of womanhood.

And that singular story of womanhood – of abuse, without discussing how different factors might have contributed to abuses, especially to women of colour. I am not that kind of a feminist.

“So what if she has not taken intersectionality into consideration? It appeals to me, my struggles. I like it,” many might argue. One problem that I find among feminism in women of colour is that, even in that kind of feminism, there is a certain elite group which occupies these spaces (cisgender over trans women, upper-caste women over lower caste women, etc)

If that is not elite feminism for women of colour, what is it?

And to people asking “So what?”, well, you get a terrible reading experience.

It could be that what I understand by density is different from what you do. So, I will restrict it saying that: Rupi Kaur’s verses do not hold a deep meaning to me.

I read it, I felt good for a moment and then it faded away.

I am more of a person who would want to devour a book that haunts you with their depth. And especially poetry, which would make you want to go back to it again, every time with brand new eyes.

Rupi Kaur’s old and rusted verses did not cause my eyes to become brand new.