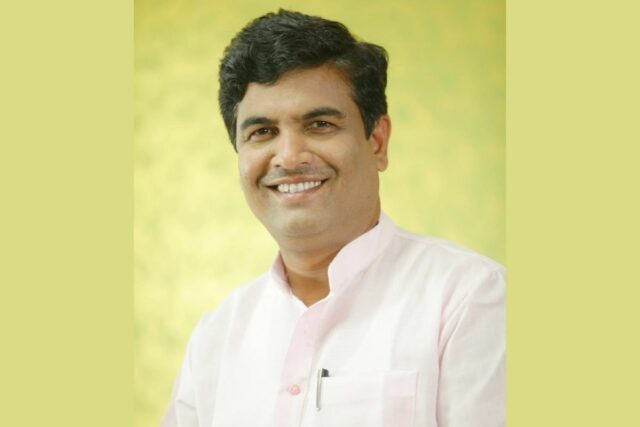 January 3: The young and energetic BJP leader and national president and founder of ABPS (Akhil Bhartiya Panchayat Sangathan), Naresh Yadav, is an empathetic politician with an independent mind by his senior leaders, colleagues and constituency people. In his active political life, he has always propagated his party’s vision by doing much social and religious work at the grassroots level. He has strengthened the hold of the party among the general public. He has been campaigning door to door for his party in his constituency and making personal relations with each villager.

The battle for the election of legislative assembly due in 2022 is in full swing in Uttar Pradesh, and this time BJP wants to snatch the seat of 30- bilari assembly from the hands of Samajwadi party. For the past several years, Naresh Yadav has been working relentlessly to reach out to each electorate in his constituency, both at block and district level and make them aware of his party’s ideology. He is fighting for the upliftment of education, youth development and women empowerment in the district of Moradabad.

Naresh Yadav has been actively encouraging youth through the BJP Yuva Morcha organisation in the last few years. Naresh Yadav motivates and organises skill-based training programs for the youth in multiple locations. He inspires young children to participate in different activities like sports, social and recreational to keep them developing social, ethical, physical and cognitive competencies. His vision is to set advanced sports training centre at Bilari so that the talented children of his constituency get a chance to represent the country at the national and international levels.

He puts on all efforts to make the young people understand the purity and sanctity of the Sanatan religion and nationalism and has organized many social and cultural programs in that direction. He is a youth leader today who diligently supports locals and encourages the youth to participate in social welfare programs. Naresh Yadav played an essential role in successfully carrying out the week-long cleanliness drive campaign in his constituency with the help of young locals in 2020. Recently he was seen and addressing the YuvaMorcha teams participating in a bike rally held in Bilari on the occasion of the birth anniversary of former PM Shri Atal Bihari Vajpayee.

Further, the Bjp leader is working hard in promoting women empowerment through the state government led ‘Mission Nari Shakti’. Along with his co-workers, he has carried out programmes that instil confidence, aim to make women self-reliant, secure and financially independent. Under the mission, girls are given a chance to occupy an essential position in the district for a day.

The spirit of fighting for people’s rights has been in the blood of Naresh Yadav, who hails from a family of freedom fighters and nationalists. Carrying on the tradition of the three generations, like his father and grandfather, Naresh Yadav was always keen on contributing to social service and was politically inclined towards RSS and VHP right-wing ideology from his school days.

He is seen strengthening the BJP party in every way. Even during the lockdown imposed in 2020, Naresh Yadav has always been ahead to listen to the problems of the poor and needy. He distributed relief materials in several villages and organised medical camps and vaccination drives in his constituency. His ability to work on ground level and connect with the general public led him to attain many honoured positions.