HomeLifestyleWhat Causes A Person To Be Right-Handed Or Left-Handed?
LifestylePoliticsSocial Opinions

What Causes A Person To Be Right-Handed Or Left-Handed?

The author personally has been engaged in a bid to find answer to this particular question for a long time now- What causes a person to be right-handed or left-handed, after all?

Norman Lewis, the author of ‘Word Power Made Easy’, says (with a lot of empirical backing as well) that the word dexterous, a synonym for skillful, comes from a Latin word/prefix/ or a root, ‘Dexter’ which means ‘To the right’. From ancient times, people have considered right-handedness to be associated with being skill full, correct, morally conscience. This is shown not only by the word ‘Dexterous’, but also by words like ‘Adroit’ (origin: French, meaning: falling to right). Usage of word ‘right’ as both, a geographical or positional reference and as a positive, affirmative statement is a modern-day manifestation of the same.

On the other hand, being left-handed has always had a negative connotation attached to it. Words like ‘Sinister’(Origin: Latin and French, meaning: underhand-a reference to the ‘junior’ hand or left), presently used with an evil and criminal connotation and ‘Gauche’ (origin: French, meaning: dirty) also used to describe left, point out to us the historical negative bias that the society as a whole has had towards left-handed people.

So much so, that even today, it’s only a rarity that one will find anyone over the age of 60 to be left-handed. Chances are that they were left-handed in their childhood but they were forced to use the right hand as their dominant hand. (The author has had a similar experience, which was a motivation for this article as well.)

Yet, empirical evidence shows that about 11% to 13% people in the history of time have been left-handed at a particular time. About one in every ten. It is amazing how this ratio has been near steady for about 2000 years now.
So, to be able to rationalize, one has to answer two key question: one from a biological perspective, and one from an anthropological.

Studies have shown, again with empirical backing, that one can predict the handedness of a person from their position in the fetus, as well as the genomics. If both the parents are left-handed, there is a 25% chance of a left-handed offspring. But this distribution is completely random, as twins can have an equal chance of being left-handed.

So this mean, somewhere down the line, during our evolutionary process there was some influence, some external, non-biological influence, that reduced the number of left-handed people from an expectation of 50% to merely 13%. This also answers an important question for us: Why did the left-handed people not become an extinct species.

This is where an analysis of a recent research by Daniel Abrams becomes important.

This is probably because of an element of surprise that exists in left-handedness. Since majority of the world is right-handed, right-handed bowlers bowl to right-handed batsmen the most, on an average. This makes a lefty a surprise to them. Similarly, a lefty practices the most against a right-handed bowlers, making him more accustomed to them. But, if this competitive advantage exists, why isn’t half the world lefty or why has the ratio been near constant (i.e. why hasn’t it tended towards 50% at least), because it is then that the competitive advantage in being a lefty will cease to exist.

…The answer lies in the cooperative pressures.

The existence of this cooperative pressure can be attributed to a mere luck, that then transpired into a dominant narrative, which seemed to over-power the minority narrative in even the most democratic of societies due to resource constraints, societal preference and maybe, frivolity of the issue.

Ever since documentation began, or the time that we can trace back in history, by a mere stroke of luck we find that there were more right-handed people than lefties. This is what the society started deeming normal and proper, back then. Hence the etymology that we discussed in the first part. This perceived normal, was then imposed on those who were seen falling out of line, both at a personal level (parents telling their kids to eat, or hunt, with the right hand) and at a greater, macro level (society attributing words like sinister to criminals and left-handed people).

Resource constraints, like tool sharing, is another reason why the number of lefties has remained limited. For example, sports require customized equipment like Golf or Ice Hockey, show a significantly lesser number of left-handed people than sports that are neutral to this factor, like football and basketball. Further, lesser developed regions, like the Sub-Saharan Africa shows a lesser number of lefties than a country like Australia or Canada. Again, the reason primarily is a resource crunch, but also that resource crunch transpiring into a pan-societal rejection of the left-handed minority.

Some theories suggest that the modern day terminology for right-wing and left-wing politics also arises out of this only. Though this is common knowledge that the origin for the adjectives ‘left-wing’ and ‘right-wing’ are rooted in the seating arrangement in the Bolshevik conference(s), conspiracy theorists believe that this seating wasn’t accidental. Right-wing, usually associate with identity based and often, nationalist, sometimes radicalized views, was seated at the right due to the popular belief of right being, well, right (refer back to etymology). Similarly, left-wing, coming out with a relatively new view, often (if not always) of an egalitarian set-up, was considered a ‘lesser’ or an ‘under hand’ ideology. This is also seen as a systematic attack to sully the public image of the left-wing as well.
Further, the issue never became a larger part of discourse on equality due to the possibly frivolous nature of the issue and other pressing, and more widely identified with causes and caucuses for equality, like race, gender, caste, etc.

It is an absolute beauty of nature that this equilibrium has maintained over the past two millennial, possibly before that as well (excavations have shown pre-historic tools for left-handed grips). It is further an example of how nature balances itself, but also how majoritarian view is deeply embedded in our society. 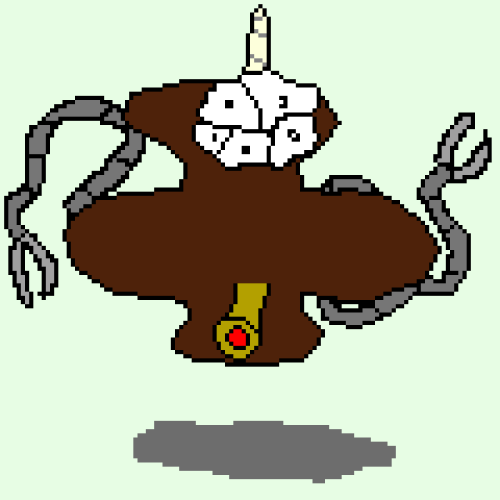