The Indian society does not believe in or encourage any form of expression. This habit is escalating with time, especially with the present political scenario in India.

Forget the country for a while, (I know it is difficult in such a hyper-nationalistic environment) and think of the smaller picture first.

Have there not been incidents in your life where you see something wrong happening in your family but you are not allowed to intervene because you are the ‘younger’ one? Or you have been told to shut up even if you tried.

Has it not happened that you expressed an opinion on social media that did not go with the popular psyche and you faced immense backlash?

I’m sure at least one of these has happened. And let me tell you, all of this is connected by a common thread i.e. shutting you up!

“Don’t answer back, they are elder to you.”

“What a stupid question!”

“She is trying to grab attention.”

By now, it is clear that we as a society find it difficult to listen to (forget accepting) opinions that are different from ours or are expressed in a different way.

Think about what happened in the case of Gauri Lankesh who was a ferocious voice against the right-wing Hindutva extremism and openly spoke against the consequent hatred propagated in the society. She was not part of the clique that screamed their guts out on Prime Time News in the name of debate and journalism. Gauri led a crusade against the communal politics going on in Mangalore and actively established communal harmony platforms for the downtrodden groups.

She did not even mind going against her brother to remain firm on her stance.

But she was permanently silenced 3 days ago.

Ram Chander Chhatrapati, who exposed self made Godman and rapist, Ram Rahim was also silenced in the same way. A RAPE THREAT A DAY KEEPS WOMEN AWAY!

Take Gurmehar Kaur’s case, for instance, who raised an important issue about war and peace.

She was a teenage girl when she came out with the (in)famous video for which she faced immense backlash and abuse.

People resorted to giving rape threats to her because they opposed her.

Somehow people believe that putting a penis forcefully into someone’s vagina is a victory. I wonder what their sex lives are like.

She was bombarded with threats and ultimately forced to leave her premises in Delhi for some time.

Why? People wanted to shut her up.

A TALKING WOMAN SHOULD BE A MYTH

Recently, Kangana Ranaut appeared in Aap Ki Adalat and I already expected half the audience to roll their eyes and the other half sitting in awe of her.

Her public spat with Hrithik Roshan had gotten monotonous for the public over time, who expect new masala every second day.

I had not followed their case closely but I knew the outline, thanks to social media’s bombardment of such news on my timeline.

I decided to watch the episode for 5-10 minutes while I took a break from my work but her blunt and outright arguments struck me so hard that I couldn’t stop it until the end.

Barely had I seen an actress talking so openly about a relationship that went bad (without any bit of diplomacy), without any regret in her voice and without worrying about the consequences.

In short, I did not see a damsel in distress (which is Bollywood’s favorite category for a woman) but a confident woman, though vulnerable, sharing her story and opinion (whether people agree with her or not) fearlessly.

I expected to see articles about her ‘explosive interview’ the next day, which of course happened.

But there were a lot of opinions from news websites as well as Bollywood celebs stating that she was “washing dirty linen in public” or “playing the woman card.”

I didn’t think so.

Not once in the interview did she say that she was ill-treated because she was a woman. NO! She just expressed her side of the story. In fact, people often misread such acts as ‘playing the woman card’ by the virtue of her being a woman.

This society has never encouraged a woman in an abusive relationship to take some step against the man or break the relationship. We believe in ghar ki baat ghar mein rakho!

There is not a more twisted argument one can give to ‘maintain a relationship’.

Maybe we won’t understand this suffocation of keeping quiet.

Mind you this is not just about women. Men have as it is been trained to be inexpressive because of the toxic “Mard Ko Dard Nahi Hota” hogwash.

Consequently, male rape victims, homosexuals and, in general, people who do not conform to the hypermasculine idea of a man face horrendous amount of bullying – which is another way to shut someone up by exerting power over them.

With the rising voices of women, there is a desperate and conscious attempt to suppress their voices as well by calling them names, assassinating their ‘character’, or as a final resort, threatening rape.

Indeed, people who choose to speak never have it easy. They are constantly fired and forced to back down.

How we, as a society, choose to turn a deaf ear to these voices can be different but the point is the same, curb the expression.

You May Also Like To Read:-
Was Anitha’s Death The Price To Pay For A Sound Education System? 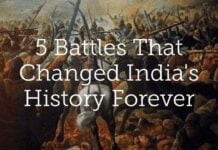