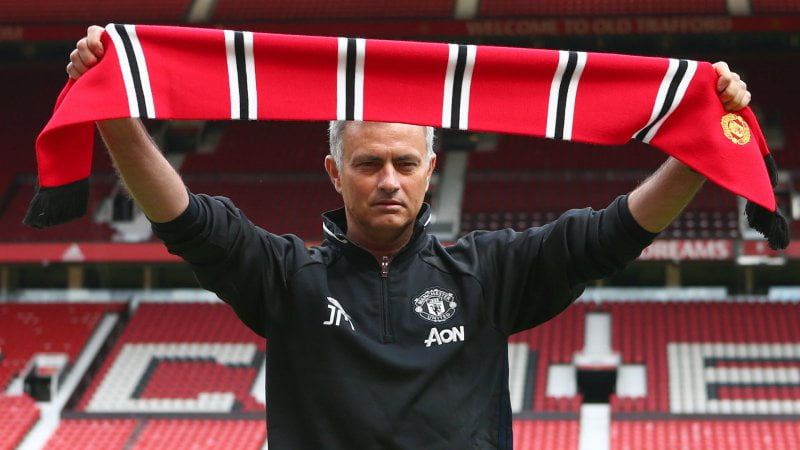 In simple and clear terms, Mourinho is the best manager in the world and is the right man to lead Manchester United to glory days.

I have been baffled by some of the criticism that has been leveled against Mourinho in the past few days after the defeat against Sevilla. There is no hiding from the fact that United performed poorly against the Spanish team but to lambast the Portuguese in the way that has been done is awful and unacceptable.

United Is Still A Work In Progress

As rightly pointed out, Mourinho adopted a weak team and the ‘football heritage’ wasn’t great in the past 6-7 years. Since 2012, the best that United has managed is to get into the quarter-finals in UCL and after the retirement of Sir Alex, our highest position in the league has been fourth.

There’s no two way about the fact that we were poor against Sevilla and deserved to go out but we were playing against a team who has been more successful than United in the past 7 years.

It is absolutely clear that the Special one has a tough job on his hand and will take time to mend things.

We Are Still In The Hangover Of The Glory Days

Time and again, it has been said that nowadays, we play boring, sideways football and aren’t attractive anymore. Yes, I totally agree that against the best teams, we may not be easy on the eye for the fans but we aren’t Barcelona. We still blow off small teams and find a way to win against Liverpool and Chelsea.

And most importantly, being attractive doesn’t mean winning just a league cup in the past decade or nothing at all and just be able to put the pressure on the eventual winners every year.

This Season Can End Up As A Step Forward

We need to raise our hands and accept that Manchester City has been prolific and are playing a different class of football altogether and deserve to be the champions in the Premier League (PL).

Barring City, we have been leading the pack in PL by a good distance. From being 6th last year and securing the 5th position in Van Gaal’s penultimate year, there isn’t an iota of doubt that there has been a good progression in the current season.

Also read: This Is Why Manchester United Lost To Sevilla And Crashed Out Of Champions League

Vilifying Mourinho in every TV debate and praising the style of play of Liverpool and Spurs is a bit confusing. People forget that we have beaten both of them in our backyard and we can boast of one of the best defensive records not only in PL but in Europe. Mourinho Is A Winner

As the maverick champion had rightly pointed out,

Frank De Boer had mentioned it a few days back how it is a pity that Rashford has a coach like Mourinho because the only important thing for Mourinho is to win. I as a die-hard fan would accept winning titles than leaking 3-4 goals within minutes, have an empty cupboard and be content with not being praised enough by the so-called pundits at Sky Sports.

Yes, Mourinho has spent massively in the transfer market but we need to take into account we are living in the time when the PL is at its most competitive form.

Some people are saying that Mourinho insulted United by saying that he knocked out United twice at Old Trafford in CL. I have been watching football for the past many years to understand that he is trying to take the heat and criticism off the shoulders of his players and be the main target himself.

All in all, my only point is that we need to have faith in the Special One because he is the best in the world. Other clubs can only wish to have a manager like him. Whilst we have him, let’s support him and our team.