Well, be careful of what you wish for. Your name may be common or unpronounceable, but at least it doesn’t sound like the deadliest virus of the decade, i.e. COVID. There are people who have this misfortune and one such guy took to social media to share his ordeal.

Kovid Kapoor On His Name Being Similar To COVID

Kovid Kapoor is the co-founder of the travel website Holidify. His name sounds like COVID that creates confusion among people and gives them an opportunity to make jokes. Thankfully for him, he takes them in good humor and doesn’t get offended.

He posted a tweet on January 4th about how people abroad got amused by his name. The tweet got viral and he then shared several other anecdotes about his name. 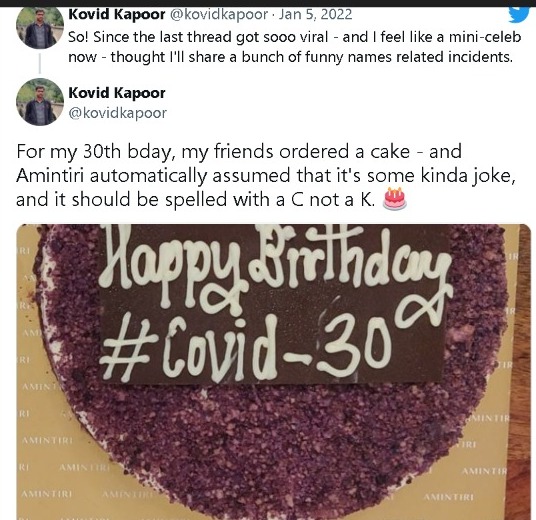 He shared how managing a travel business has been tough during the pandemic. However, his name was a good starting point in any conversation and was also better than small talk. When life gives you lemons, this is how you make lemonade. 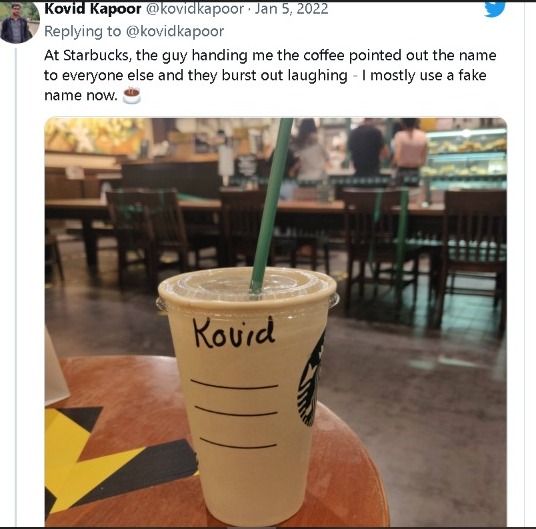 Most of us have gotten our names messed up at Starbucks one time or the other. But imagine your name being so different that the staff actually told it to others and they started laughing and you have to now use a fake name. 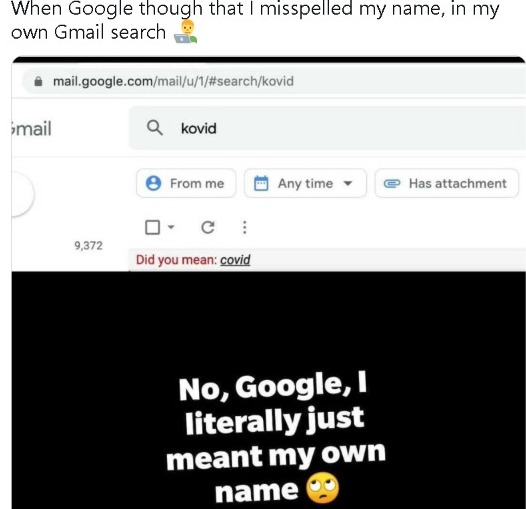 “It’s a joke that will probably not get old for the rest of my lifetime, so I’ve made my peace with it,” he said upon asking if the jokes ever bother him.

“Sometimes, though, when I’m in no mood for a conversation—while getting a coffee, booking a table reservation, I use an alternative name—Kabir Kapoor—so that there’s no chance of talking about it.”

His name is actually pronounced as Kovid with a soft D rather than a hard D. 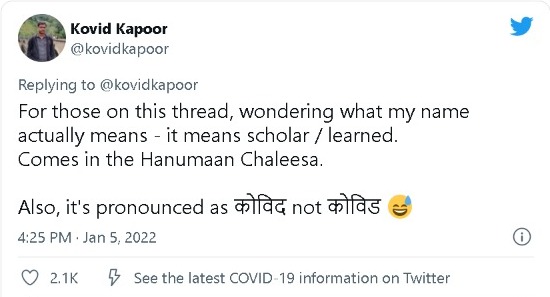 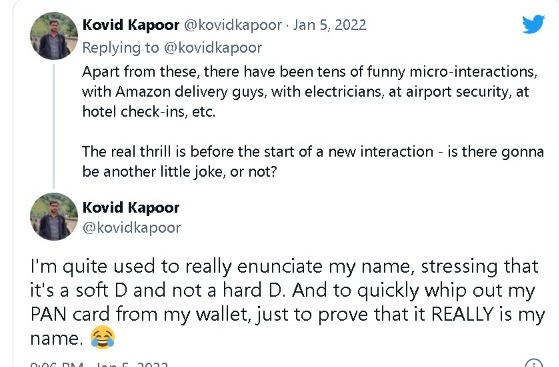 Kovid admits that he did not have a negative experience because of his name. Many Asians had to face discrimination during the pandemic simply because COVID originated from China. That was thankfully not what happened with him.

“I was in Sri Lanka and people were nothing but extremely nice—and they were always pleasantly/mildly amused with the name. But thankfully no negative incident,” he said.

So, if you are named Kovid or if you know someone with the same name, let us know in the comments section your experience of the same.

FlippED: Prank Videos Aren’t Funny And Need To Stop; Our Bloggers Fight It Out!

Here is all you need to know about Rahul Prakash, the force behind Innovura...

Reviews Brand Voice - January 22, 2022
January 22: Innovura Entertainment was started with the sole purpose of revolutionizing the Hip-Hop scene in India and bringing young unrecognized talents into the...