It is a basic human instinct to be attracted to anything that is even a little bit mysterious in any form. Aliens, monsters, ghosts, the life of celebrities, you name it and humans have already studied and searched about these mysterious entities in some form. Amidst all of this, enters the most mysterious book ever written in human history.

Look at all the adrenaline junkies and bibliophiles jumping with excitement to know about this. Don’t worry. We have got you covered. The Voynich Manuscript is the world’s most mysterious book ever discovered, with no person living long enough to understand it completely for hundreds of years. The book got its name from Wilfried Voynich, a polish- born rare book dealer, who purchased it in 1912 and unveiled it to the public in 1915.

The earliest confirmed owner of the manuscript is George Bare, a 17th-century Czech alchemist who called the puzzle his “Sphinx”. It is then believed that it was housed in Italy’s Collegio Romano and Villa Mondragone. It is thought that Voynich acquired the manuscript, intercepting it just before it was to enter the Vatican library.

The exact origin of the Voynich Manuscript is not known, but a note, the “Marci Letter”, found inside its cover offer some clues. Written in Latin, it claimed the book belonged to Emperor Rudolf II who lived from 1552 to 1612. Voynich is documented as believing the seller may be John Dee, an advisor to Queen Elizabeth and a staunch occult philosopher. Radiocarbon dating of the pages dated the parchment to between 1404 and 1438. It was also found out that the book is damaged and missing 32 of its 272 pages. While the Voynich Manuscript was made like any other ordinary medieval book, the language seems to have been invented by the author.  The unknown text is comprised of 20 to 25 unique characters in a script reading left to right and top to bottom. The document contains no obvious punctuation among the approximately 170,000 characters that are grouped into 37,919 “words”. Many cryptographers, including an NSA team, have tried and failed to decode it as a cipher. Some argue that Voynichese may be natural language imitating a Chinese tongue with an invented alphabet. Nearly the entire first half of the manuscript has pictures depicting herbal plants. None of the 112 herbal folios, however, can be identified and although they appear to be botanically correct, none appear to be real. Other sections turn skyward and are suggestive of astronomical charts with circular diagrams of the sun, the moon, and the stars.

Has The Book Actually Been ‘Decoded’?

According to the FALL 2017 edition of the Times Literary Supplement, the Rosettes map may unlock the manuscript’s secrets. History researcher Nicolas Gibbs claims the map copies earlier works based on the Greek physicians Galen, Hippocrates, and Pliny. He further believes that the layout closely matches an image of Rhodes harbor. Gibbs is now convinced that the Voynich manuscript is a medical document. The text, that was earlier thought to be some form of code, may actually be an abbreviated Latin format commonly used in a medical treatment.

His solution is already in scrutiny as the code relies on an abbreviation index that is supposedly on the book’s missing pages.

The mystery of the book is really twisted and will continue to intrigue us for the coming years. 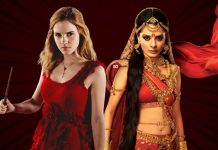