As I write this, I am sitting on a bed in my hotel room in the land of cheap booze, feni, beaches and Russians, Goa.

There is a certain taboo attached to Goa and a lot of people have been inspired to go to Goa in the first place by a certain piece of cinema called ‘Dil Chahta Hai’. Many a youth has been swayed by the carefree attitude of Amir and Co. and the amount of “fun” they had.

But I was not. I was swayed by this meme in circulation that “A planned trip to Goa is a myth”.

And true to my nature, I set upon busting the shit out of this myth. I talked to a couple of friends, convinced my parents, who were trusting enough to send me to the land of cheap booze. CHEAP. BOOZE.

Anyway, after convincing all of our parents (not an easy task, mind you), off we went, with high expectations of serene beaches, fancy clubs, great food and ahem.. other attractions. But all was not well, as we would find out later, too late to do anything to help.

What is the primary goal of going to Goa? Beaches? No! Food? No! Russians? Booze? Peace? Happiness?!!! Nah. the correct answer is Snaps and Stories. Posting stuff on social media to make your friend more jealous than Nobita is of Negisugi.

But we couldn’t do even that properly, cellular service problems plagued us to cause Internet death. We were off the grid. No internet, no calls. Just 6 frustrated people stuck with each other in Goa. Definitely not what Amir experienced in DCH.

Read More: 5 Libraries In India That Are A Must Visit For All Bookworms

Next, we went to get scooters. A no-brainer, right? But apparently, you need a 2-wheeler licence to drive a scooter, there. DCH did not tell me that.

So, basically, you need a licence to drive a vehicle which is driven by 12-year-olds in Delhi without a hassle. Because apparently, the Goa police are strict. WHY DCH, WHY? WHY THE HELL DID YOU NOT TELL ME THAT?!!

Anyway, on we went and rented a car, all was well. We went to one of the famed beaches of Goa, Candolim Beach. AHA LOL.

Beaches would be an understatement. They were India Gate’s lawns, just seaside. Noisy, crowded, dirty, with children running all around and men exposing themselves.

Disappointed more than Sharmaji with his son’s 99 percent grades, on we went. But not before we got into a scuffle with a local. My friend bumped into another car, a slight bump, something so small that even in Delhi it would not have caused an issue. But, the man saw the naivety apparent on our faces and assumed we were outsiders.

What I learned that day is that the Goa locals have a fetish for outsiders. They will try to screw you over thrice without a shred of remorse. We narrowly escaped being screwed over due to the help of a friendly loan.

Speaking of friendly Goans, there were plenty of those too. The taxi guy for our resort, the go-to man in Candolim, Vijay, helped us out plenty. The proprietor of Moroccan Shisha Lounge and Grill was a very, very nice man.

But alas our woes continued. I fell on the rocks at Anjuna Beach and skinned my knee, preventing me from going near water again. I couldn’t go near the water. IN GOA. SIGH.

From the hotel refusing to send us plates without food and glasses without drinks, despite it being a 4-star hotel, to the weather turning on us and being all gloomy and overcast. The description of Goa in DCH vs what I experienced was totally different.

From the food being overpriced and meh, to not being able to go to a club to seeing drunk people dance around and being scared to death about our safety. The description of Goa in DCH vs what I experienced was totally different.

We were bogged down by problems left and right, be it the people weather and circumstances.

And that is my point, we create these weird fantasies in my mind about places and create these unreal expectations about the things that we will experience there, that we are ultimately let down, and disappointment prevails.

I am pretty sure What Happens In Vegas is not totally what I have in my mind right now.

And this was my lesson when I livED the Goa experience, that despite all the fanciness, it’s just another seaside state but with cheap booze.

Unusual Comparisons: Trudeau And Obama Are Our Very Own Desi Jai-Veeru 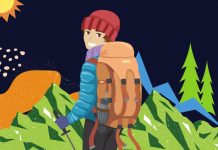 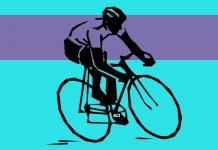 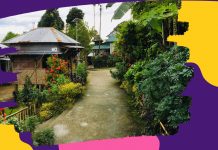