When Sobha Vishwanath, an entrepreneur in her early 30s rejected Harish Haridas’ marriage proposal, she didn’t expect it to come back to haunt her over a year later.

Vishwanath, the owner of Weaver’s Villa, has been an entrepreneur for over a decade now. On January 21, 2021, she was busy opening her new outlet in Kovalam, when she got summoned by the police.

The narcotics cell after receiving a tip had raided Vishwanath’s Thiruvananthapuram store and discovered 480 grams of ganja. They didn’t waste any time after that and had taken her in for questioning.

Soon after, she was let go by the police on station bail. But the entrepreneur, insistent on proving her innocence, filed a complaint with Kerala’s Chief Minister Pinarayi Vijayan and then DGP Loknath Behera.

The case then got transferred to the Crime Branch for a detailed probe. Investigation revealed that Harish Haridas, the man she had rejected, unable to accept the ego bruise had plotted against Vishwanath with the help of a man named Vivek and had framed her.

Vivek happens to be an ex-employee of Vishwanath, who was fired over financial misconduct. He helped in planting packets of ganja in different locations of the store and also had a hand in tipping the police.

Read More: Abusive Relationships Is NOT Just About Violence – SAVE YOURSELF TODAY!

Harish, UK returned son of Padma Shri Dr KP Haridas, the owner of Lords hospital in Thiruvananthapuram, was then immediately arrested by the police along with Vivek.

Vivek confessed that he was working on Harish’s orders and had involved Vishwanath’s domestic help who lent a hand in the store, to hide the packets of ganja without raising suspicion.

Sobha, a well-known name in the entrepreneurship community of Kerala, who faced ample humiliation and reputation loss because of this incident, finally received justice after a six-month-long legal battle this June.

The Crime Branch repealed the ‘Narcotic Drugs and Psychotropic Substances Act’ case against her. Sadly, this doesn’t erase the mental trauma she had to go through when she was tirelessly dragged to different locations for evidence collection.

This is not the first time in India, a woman has had to face harassment because a man couldn’t accept his rejection with grace.

There are enough examples of violent physical retaliation as well, with scarring cases like the one of Laxmi Agarwal who was attacked with acid by a man she rejected double her age and of Army Major Nikhil Handa, who killed a woman after she refused to leave her husband for him. 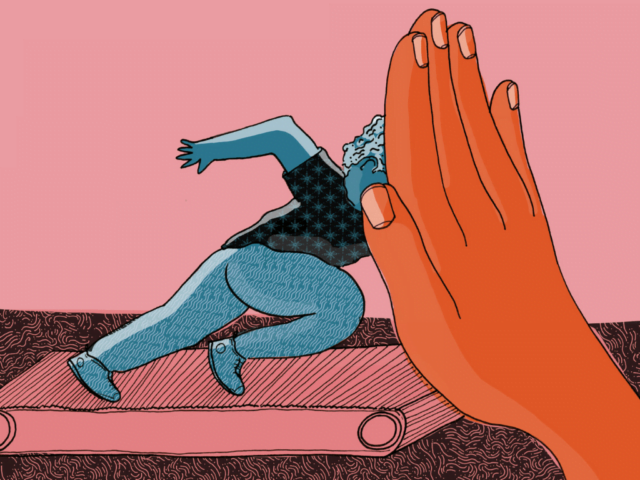 Unfortunately but unsurprisingly, the list of unfair ill-treatment towards the women in our country seems to go on long, with Sobha Vishwanath being a recent addition.

Sources: The Times of India, India Today, The Indian Express