In every social gathering whenever the discussion on India’s development or finance starts, the one topic that’s bound to come up is Indians evading income tax and how it has the country in ruins. Prime Minister Narendra Modi in early 2020 complained how only 1.5 crore Indians pay income tax. What’s 1.5 crore in a country of 137 crore people?

And yes, there is visible poverty in India, but the fact only a little over 1% of people earn enough money to pay tax is a little hard to wrap our heads around.

Data says that every year, 18 crore Indians buy two-wheelers that on average cost between 50-65 thousand rupees. So, if people have money to buy a scooter or bike, then why can they not pay tax too?

You may have heard the reasons like Indians are hiding money from the government which is why it is difficult to put them in the required tax bracket. But, the truth is that it is not possible to “hide income” because even if one hoards cash, then they will eventually use it sometime to buy goods or assets.

When they do so, then that transaction will be recorded in the GDP data, showing it in Government’s records. Moreover, RBI has money supply data, which will show discrepancies if actually a lot of money is hidden by the people, as we claim.

So, Why Do So Few Indians Pay Income Tax?

Well, as disappointed as the government is by the fact that very few people pay taxes, they are actually the ones to be blamed. In 2019, before the Lok Sabha elections, the government actually set the lower limit for paying taxes to Rs 5 lacs, i.e. if you earn less than 5 lacs pa, then you are exempted from paying tax.

This relieved 3/4th of the people from paying income tax, bringing down the number from 6 crores to 1.5 crores.

So, how many people in India actually earn 5 lac or more? Economic Survey of 2020 says that the per capita income in India is 1.4 lacs. So, an average Indian does not earn enough to be liable to pay the tax, as per the rules set by the Government.

Read More: How To File Taxes Online As A First Timer: All Dos & Donts 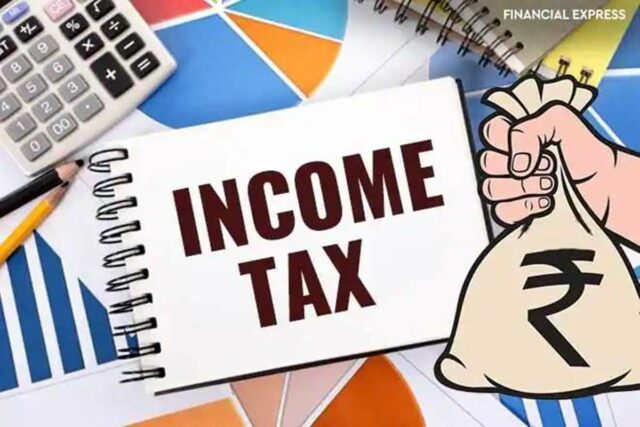 Comparing It With Rules Abroad

Most countries in the world have a tax limit below their average income. In the USA, for instance, a person earning an amount equal to the per capita income of the country falls in the 22% tax bracket. For China, this range is 10%, for Mexico 15%, and for Germany 14%.

India and Bangladesh oppose this trend by exempting people who earn the same amount as the country’s average income from paying taxes.

In India, only 3% of people earn an amount thrice the average capital income. This trend is in sync with that of other countries as well. For the USA, this figure is 5%, 4% for Britain, and 3% for China.

So, the general saying that most Indians don’t pay income tax honestly is not true. The truth is that most Indians are not qualified to pay it in the first place. It is the richest of the rich who are involved in practices like tax evasion, not the average public.

Watch: Absurd And Unusual Tax Rules Around The World