HomeCampusAs A Student, Emraan Hashmi’s Cheat India Trailer Got Me All Fired...
CampusEntertainmentMovies

As A Student, Emraan Hashmi’s Cheat India Trailer Got Me All Fired Up About Our Education Mafia

It is hard for the youth to find films that resonate well with them, especially with issues that only they face.

Soumik Sen’s upcoming film, ‘Cheat India’, top-lined by Emraan Hashmi and from the makers of ‘Tumhari Sulu’, ‘Raid’ and ‘Neerja’, promises a lot in this regard.

I got lucky to get an early peek into the trailer, and as a student, it got me all fired up. I could relate so well to the struggles that I, and many I know, as students, had to, and still have to, undergo with our faulty education system.

We have all been there: stressed, eyes with dark circles, leaving every other concern and labouring for exams.

Cheat India offers us an alternative. But in doing so, it also raises several issues that we have relegated to the back of our minds.

Time to shine a light?

The Education System And Its Flaws

The film highlights the deficiencies of the education system and how it works mostly in favour of the wealthy.

The exam-driven approach of the system only adds to the misery of students, as instead of learning, education becomes a competition.

Now, can we say that we really enjoy the classrooms that we are stuffed into?

Or the constant need to be better than him, and her, and another one, and everyone else?

Specially with frequent paper leaks, re-examinations, and what not, the sanctity of education is lost, and it just becomes a way to earn money or land a job later.

I didn’t even doubt the possibility of this seeing the Cheat India trailer, as in my student life, I’ve seen several malpractices, and even this, would be not too harsh on our education system.

The nice bit about the movie that I could grasp from the trailer was that it does not preach. Thank God! I had been getting a bit tired of Bollywood trying to sermonize.

This film trailer does not claim to offer specific answers. Instead, it initiates a solid dialogue about the issues prevalent in the world we live in.

While the education system is at fault, it is not enough to take all the blame away from parents.

How can we forget that students do not make their decisions in isolation! Most of the times, they are guided by their parents into the same. In many cases, parents pressurize us to fulfilling their dreams! We become the means to their unfulfilled dreams.

Parents are shown as a part of the set-up in the trailer, who partake to ‘hire’ people to write their children’s exams. Don’t we remember the years of toiling under the immense burden of our parents’ expectations?

Mon Dieu! Not relatable, you say?

I found this bit of the trailer to be very effective and real, especially in a society like ours. 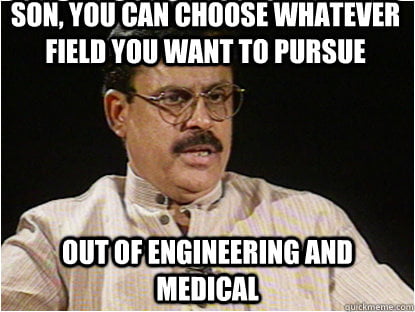 The Plight of The Poor

The poor are asked to trade their skills for the money of the rich, but questions arise as, if they had the means, they could have taken the tests for themselves in order for a better life.

The existence of management quotas is only worse for the deserving students who cannot afford to indulge in such (mal)practices.

What was rightfully theirs is taken away by the rich and corrupt.

I was excited to see the bad boy Emraan all of us love. It’s an Emraan we haven’t seen before. His character (Rakesh Singh) is cocky and unapologetic, as he equates ‘nakal’ with ‘akal’. The loopholes are there to be exploited and he will take from the rich and give to the poor. He is a messiah!

There is not a trace of remorse in him as he proudly accepts what he is doing.

Moving away from his expected play-boy image, Emraan takes up a new role and avatar. His character traverses on the grey, as we cannot straight-out call him right or wrong.

Emraan’s character has no moral issue about what he does for a living. It is almost enticing to a student like me, as it offers an easy route—a shortcut to success.

But what happens to the deserving without means?

When we, as students, see these happenings right before our eyes, it is only natural that we would either seek recourse to such ‘shortcuts’ in order to make a dash for easy success or be infuriated by the going-ons.

I, myself, have seen some of my peer fall for this ‘easy road’. It is only disheartening to see how we are both the victims and the perpetrators in the same system.

As Emraan Hashmi said in a recent press interview, “Not every film is meant to offer a social message. Sometimes a film should trigger debate and conversation!” And that is exactly what I feel a film like “Cheat India” will do.

Rightfully, the film will resonate well with the youth, as it has the most bearing on them.

Several dilemmas as where to place the character, to scale the actuality of the education system portrayed, pressure from parents, et al, arose when I was watching the trailer. It is these that made it so promising for me.

I can’t wait to watch the film when it releases on the Republic Day Weekend next year!

There Is A Cheating Mafia In The Indian Education System: Some Popular Cases

Moge Basarhttp://edtimes.in
Lives on coffee and poetry. Engages with books, music and operas. And sometimes, pretends to know art.