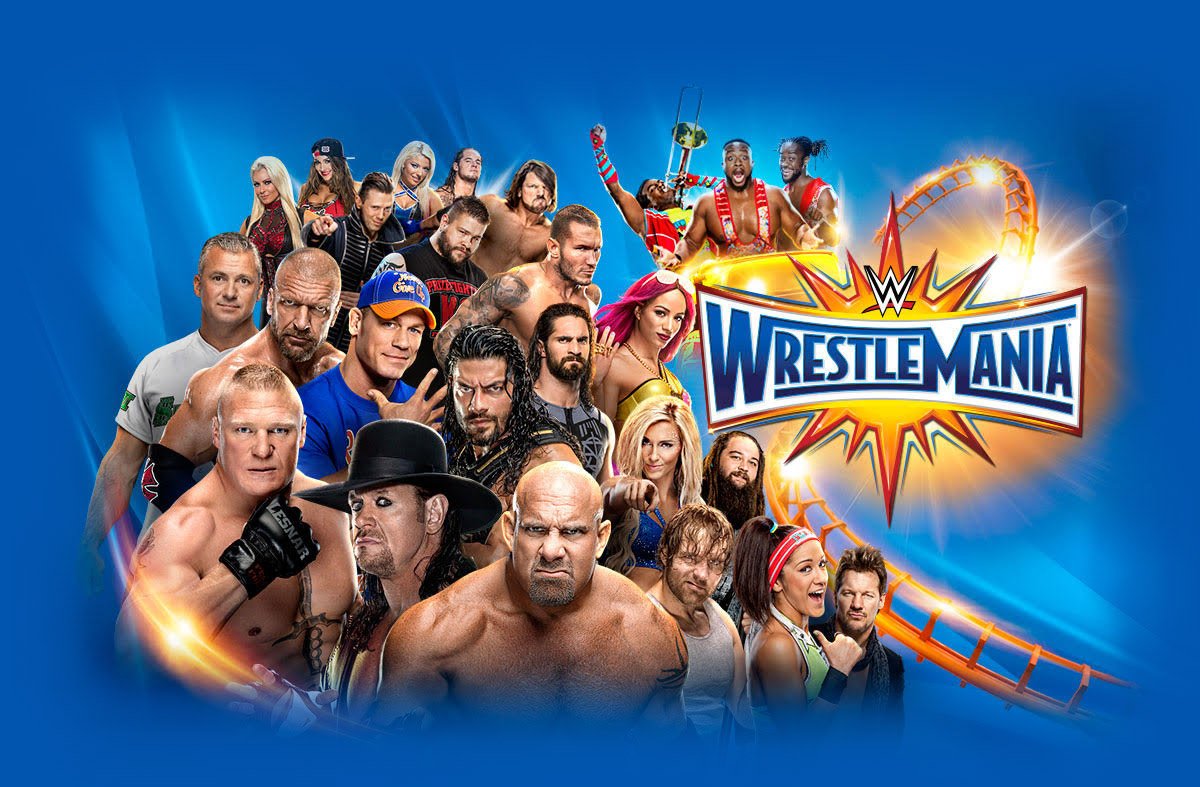 I’m 24 and yet, whenever WrestleMania season comes around, I’m excited. After all, who would not love Austin or The Rock whooping ass again.

However, this year’s match card is cause for apprehension. Why? Read on to find out. It’s settled then. (G)oldberg v. Brock Lesnar for the Universal Championship. Let’s just say I’m not too happy about its main event status.

Both Goldberg and Lesnar are stars. Legit stars. And it would make sense for them to wrestle a match at the grandest stage of ‘em all (And because we have no recollection of a previous WrestleMania *cough* XX *cough*), especially considering the money-making potential it has. But, should it be for a title? Nein, Nein, Nein, Nein!! They don’t need a title to drive their feud or sell tickets. Plus, when was the last time (G)oldberg wrestled a proper match? The answer, he never has. I don’t look forward to a 5-minute title match.

It’s a shame it must be this way because….

Chris Jericho: One of the company’s finest ever and a future Hall of Famer

Kevin Owens: An Indy legend who is one of the best in the WWE today, in the ring and on the mic.

Together, JeriKO carried Raw, always the inferior show in terms of storytelling, throughout the year while others such as Reigns, Rollins struggled to be accepted by the fans.

It was rare for the WWE to invest such time and effort to a feud, which is why it was brilliant work when they finally imploded at the Festival of Friendship. This deserved the big treatment, one where the Universal Championship was on the line at the main event of WrestleMania. Alas, it wasn’t to be.

JeriKO promises to be a great match. If only WWE realized that as well.

Reigns eliminated Taker at the Royal Rumble. Taker took his revenge by choke-slamming him through the ring. Hocus pocus Pocahontas, we may have a WM Match on our hands now.

Here’s what I think about Roman Reigns: Fine in-ring worker, bad at selling offense and goddamn awful at mic skills and character-work.

The build hasn’t really excited me. As over with the crowd Taker is, the same hasn’t transferred onto Reigns. Plus, with all the talk of this being Taker’s last match and Reigns being the one to retire him, no way Reigns is going to come off any good.

If Taker is fit, should be a good, maybe better match than people expect it to be.

What of the rest of the Roster?

Sure, I’m exaggerating when I say ‘rest of the roster.’ What I meant was, what are the WrestleMania plans for Sami Zayn (The man behind two of last year’s greatest wrestling matches), Samoa Joe and Braun Strowman?

Okay sure, Strowman may win the Andre the Giant battle royal but after his push over the last few months, is that how one should book him?

As for Zayn and Joe, those two are way too valuable to be wasted on the outside of a WrestleMania card. Especially Zayn, who may be on the way Ziggler has gone.

Random thoughts on the rest of the card

If it makes the Feminazis in the crowd feel any good, I don’t care about the tag team division matches either.

Those are all my thoughts for WrestleMania. Hope it doesn’t turn out to be as disappointing as it may seem.