Home ED Originals FlippED: Football Will Never Be As Great As Cricket In India –... 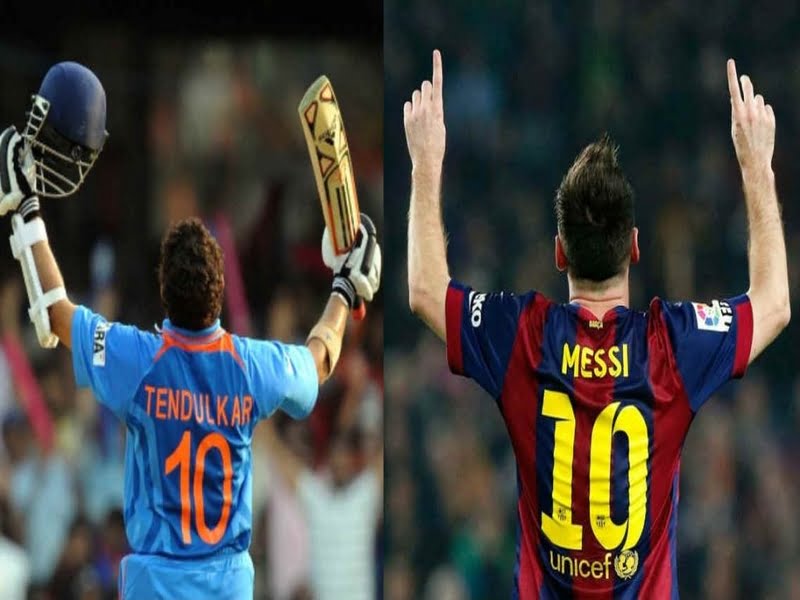 Cricket has been the most loved sport in India for quite some time now. For Indians, cricket is more than just a game of bat and ball. It’s an emotion.

Football, meanwhile, has gained its popularity after the turn of the century. Although it was always popular among the north-eastern states and some other states like West Bengal and Kerela, it is only now that football has a sizeable fanbase in India.

But the real question is, can football eclipse cricket to become India’s most loved sport? The traditionalists will say football will never be as great as cricket in India, while the younger generation will back football.

There are no two ways about the fact that cricket runs in the blood of every Indian. For decades, cricket has been dominating the sports sector in India, which is disappointing, to say the least.

Football has come into the fore in recent years which is a good sign for budding football fans and players. But can football be ever as great as cricket? No. Let us see why:

For a sport to prosper, it is imperative that there had been a major achievement for the youngsters of the country to fall in love with the concerned game.

The madness of cricket spread around like fire when India won the 1983 World Cup. Sachin Tendulkar himself admits that the 1983 victory made his will to be a cricketer stronger than ever.

Money In The Sport

Adequate funds are the backbone for the development of any sport. Unfortunately, football doesn’t have the same backing as cricket.

Yes, in the last 3-4 years, we have seen a rise in the money being thrust in football with initiatives like Indian Super League. But the sad reality is that the money invested in cricket is astronomical and cannot be compared to any sport in India.

I don’t want to go into the figures and be disrespectful to football but for anyone reading this article, the truth is as straightforward as it can be.

I believe it’s necessary to have a culture to build up that passion and hunger for the sport. Most of the stories that I hear from football players start with how they started playing football with their father or friends at a nascent age.

This is because football has been played by multiple generations in their respective countries.

This ‘culture’ is paramount for any sport to grow. Do we have the ‘football’ heritage and culture in India? Certainly not.

Sport As A Career

We also need to look at any sport as a career which feeds us well. It is evident that with the advent of IPL, playing cricket is more than sufficient to fulfill the needs of one’s family.

While if one wants to pursue football as a career, unfortunately, it won’t be enough to suffice until and unless one makes it big.

Nonetheless, as an ardent football fan myself, there’s no denying the fact that football must be promoted at all levels or for that matter, any other sport in India.

It is said that change is the only constant but it won’t ever apply to the popularity and stature of cricket in India. It will continue to be a religion.

“The sleeping giant is well and truly awakened” – Manas

During his visit to India in 2007, the then FIFA President Sepp Blatter had called India the ‘sleeping giant’ of world football. Well, the sleeping giant is now well and truly awakened.

After successfully hosting the under-17 FIFA World Cup, India has set its hopes high and no wonder why. The vociferous crowd during the tournament was an evidence of the popularity of the sport in India.

Let us see why and how football can take over cricket as the most loved sport of the nation:

According to the World Football Report 2018 by Nielsen, 45% of India’s urban population is interested in football, an increase from 30% in 2013.

The attendance in the FIFA U-17 World Cup was a testimony to the fact that football is growing in its popularity in the country. And if that wasn’t enough, the number of Indian spectators in Russia for the FIFA World Cup 2018 also back this fact.

Hosting And/Or Playing The World Cup

Indian interest in football is growing, there’s not a doubt about it. But what stops it from truly exploding and reaching the level of cricket is a big tournament.

The 2026 World Cup, which will take place in USA, Mexico and Canada, will have 48 teams, unlike the usual 32-team World Cup.

Currently, Asia has 5 representatives in the World Cup. If the number increases to eight, India’s objective would be to be among the top 8 nations in India, which is realistic.

Besides, India can also think of placing a bid for hosting the 2034 World Cup, and since the hosts are automatically guaranteed a spot in the finals, this could also be another way of playing in the World Cup.

Wholesome Changes In The Footballing Structure Of The Country

The current standard of Indian football is nowhere close to the top level. Most football fans in India are fans of elite European clubs and do not follow Indian football, often blaming the quality of football for it.

With the introduction of the I-League in mid-90s and the latest fad in Indian football, the Indian Super League (ISL), the structure of football in India has changed.

Also Read: Football In India Needs To Grow And We Need A Proper National League For That

Local club leagues and tournaments aren’t in place anymore. India needs league at the under-13 and under-16 levels to develop youth football.

A bottom-top approach needs to be followed urgently, and leagues and tournaments need to be organized accordingly.

Government Support And Implementation Of Schemes

Yes, the Indian football isn’t as cash-rich as cricket, but it isn’t short of funds either. The government invested a lot of money in hosting the under-17 World Cup. The infrastructure is in place.

Steps have been taken to educate coaches and set up institutes to produce more qualified coaches for grassroots development. A number of schemes are in place, which needs to be implemented successfully to improve the standard.

ED Poster Series: Get Over Your Cricket Hangover, Here Are Sports That Need Your Attention