How Millennials Are Changing The Entertainment Industry

The impact of millennials on the world we live in is impossible to overstate and the entertainment industry is certainly feeling the effects more than most.

Mention the term millennial and you’ll probably get one of two responses – a slow and unenthusiastic nod or a look of total bewilderment. By definition, the term refers to an individual born between the years of 1982-2004 although there are varying schools of thought on the matter.

Whilst the exact definition may vary by source, one thing remains crystal clear – the impact of millennials on the world we live in is impossible to overstate and the entertainment industry is certainly feeling the effects more than most.

It’s fair to say that the advancement of technology has played a huge part in this. With the younger generation almost unable to remember a time before mobile phones and with most seemingly constantly glued to their devices, it will come as no shock that millennials would rather do the majority of things from the comfort of their own home.

This trend is particularly prevalent throughout the film industry, with 18-24 being the age range which contains the lowest amount of regular movie goers – and if that wasn’t worrying enough for Hollywood, 2016 was the lowest total for tickets sold per person since 1920.

The rising popularity of platforms such as YouTube must also be held partly responsible when considering the reasons why younger people just aren’t bothering to go to the cinema anymore.

With the video sharing website commanding around 50 billion views per month, the convenience attached to simply logging onto your computer or mobile device has made internet based viewing an attractive prospect to the younger generation.

This has led to multi-channel networks signing online celebrities to deals for both television programs and advertisements, with popular internet vloggers like Joe Sugg and Caspar Lee even topping the sales charts with their own straight-to-DVD film in 2015.

Netflix and… Stare Into Space?

Whilst YouTube has been around since 2005 and has been a popular platform in its own right for a number of years, the emergence of Netflix Movies has enjoyed more of a recent renaissance.

A recent survey conducted by investment bank Piper Jaffray revealed that young adults and teens are 12 times more likely to use Netflix as opposed to other popular streaming services.

With their own range of high-quality original programming currently proving to be very popular (think Orange Is The New Black and Stranger Things, whose live+35 day viewership is 14.4 million), it’s estimated that Netflix represents around 6% of current American TV viewing, with that number projected to rise to around 14% by 2020, according to Fortune.

Netflix has recently been conducting experiments to gather consumer research about images on its service and found that the average Netflix viewer only spends a mere 1.8 seconds considering the title of a series.

Moreover, in 82% of cases, users make a decision to watch a series based on graphics and images alone and with the average millennial’s attention span rapidly shrinking year on year, it isn’t difficult to see why more and more younger users are signing up for the service.

The point about the attention span of the younger generation is a very pertinent one when looking at the type of film that millennials do actually to go see when they do fancy a foray to their local cinema.

The recent spike in the popularity of superhero film franchises has to be attributed in some part to the film industry trying to lure younger viewers back to Hollywood and whilst undoubtedly entertaining, it would be hard to make the case supporting that such films focus on intellectual stimulation.

The numbers do not lie though, and the commercial success of superhero films is a given as in 2017 Marvel’s The Avengers has grossed over $623 million with Warner Bros’ The Dark Knight second at $534 million.

As is the case with a large majority of the crop of current films, more and more effort is put into making them visually stunning via groundbreaking CGI effects, and this plays right into the millennial generation’s hands considering the reportedly short attention spans of the demographic.

Read More: What Do We Think Of The Live Action Aladdin Picks?

The Rising Popularity of the Gaming Industry

In contrast to the flailing film and cinema industry, the popularity of gaming has increased exponentially over the last few years. According to statistics, 67% of American households either own a gaming console or use their PC to run entertainment software and a report by Stockton University found that 38% of millennials play video games as opposed to 28% of non-millennials, with those that play video games more likely to be interested in skilled-based games.

Casino-based skill games are still all the rage, with blackjack remaining one of the most popular games to play due to its exciting, fast-paced nature. As explained by casino games operator, players compete against the dealer as opposed to other players and the aim of the game is to reach 21 or get closer than the dealer does, without actually exceeding the number – so whilst blackjack is admittedly tough to master, it is also a relatively easy game to pick up and the rules of the game are fairly straightforward.

In 2014, millennials made up 27% of all visitors to Las Vegas but only 63% of them actually gambled and this perhaps proves that more traditional slot games aren’t really interesting the younger punters. In response to this, skill-based slots are being rolled out across the United States, with the first debuting at Las Vegas’ Planet Hollywood in March of this year.

The basic premise of the idea is that many different types of skill-based games will eventually exist on floors of popular casinos, with popular gaming franchises such as Call of Duty even being considered to get the younger generation on the hook.

Slot games which determine payouts on player ability, as well as chance, are likely to be more appealing to millennials, as opposed to the one-armed bandits which offer very little more than the same old repetitive formula of push, spin and win.

Skill-based slots that combine the elements of traditional casino games, the challenge of video games and the playability of social interaction are sure to be more stimulating for the younger generation and may just give the gambling industry the shot in the arm it needs with regards to millennials.

The Evolution of the Entertainment Industry

As has always been the case, in order to succeed, industries need to adapt and change or risk being left behind. On the face of it, the millennial generation are a tricky target audience to please and are fairly demanding when it comes to entertainment.

The gaming industry looks set to be going in the right direction with skill-based slot games that will appeal to the younger audience’s sense of adventure and desire to be intellectually challenged.

However, it remains to be seen just how the film industry will cope with the constantly evolving interests of the current generation and with the rising popularity of streaming services, something drastic needs to be done in order to tempt younger people back into the cinema.

Why My Generation Doesn’t Want To Marry: The Reasons Might Baffle You

Facebook
Twitter
Pinterest
WhatsApp
Previous articleWhy My Generation Doesn’t Want To Marry: The Reasons Might Baffle You
Next articleED VoxPop: SexED On What Not To Do With A Girl In Bed, Hear From Them 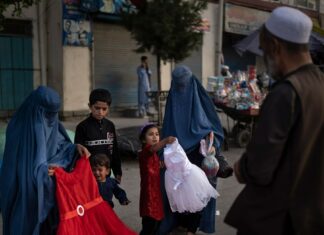