Agree To Disagree With IIM Indore’s Retorica? – On Child Rights

The issue at hand relates closely to the fundamental debate of individualistic humanism versus conditioning.

Now, there is no denial of the fact that adult supervision is necessary and in many cases imperative.

However, the keywords out here to be focused on are “Parents”, “Religion”, “Identity” and “impose”.

A specific religion, being an individual as well as a societal entity; and also being one whose relations with its counterparts are subject to many externalities which cannot be mitigated; needs to be disseminated in a careful way so that it does not end up harming the individual, the family or the society.

While even in today’s world, the religious community largely though subtly influences the thought process of a person by its own distinct philosophy.

Different schools of thoughts have different practices associated with them. An unbiased knowledge of all of them is necessary and needs to be tailored in a fashion that considers the maturing process of a child, which makes the entire business a symbiotic one. Parenting is a hard job indeed

It is therefore undeniable in a society that acknowledges individual freedom, the right to even have a “discourse” and instead unwilling imposition of an ideology to which a child is slowly, though not always successfully, is conditioned to relate to, which at times leads to a contradiction, hence an identity crisis.

Hampering a child’s thought growth by feeding him the virtues of a messiah, making him conform to an ideology without even allowing him to form an opinion is the utmost form of coercion; essentially religious conversion without consent.

What it does to the society is to create a muddle of people with half-baked knowledge about the world and themselves (in terms of religion) and thus either making people indifferent to the religion itself (a failure of the religion), prone to being swayed (a failure of parenting) and sometimes narrow minded cribbers- if not warmongers (a failure of the entire social structure).

Facebook
Twitter
Pinterest
WhatsApp
Previous articleED VoxPop: If Desi Indian Auntyjis were to celebrate Halloween, how would they do it?
Next article11 Things You Should Avoid Saying to a Rape/Molestation Victim 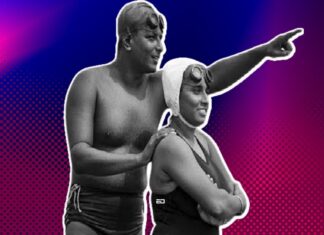