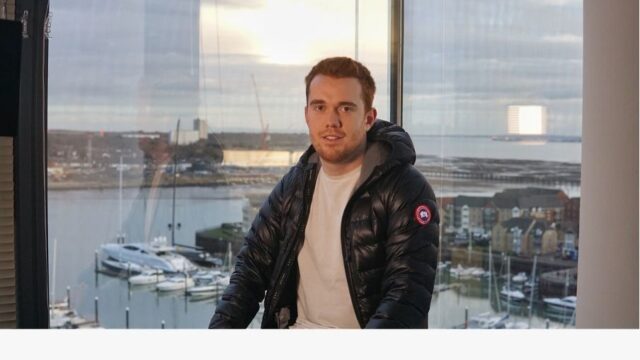 Success is something that every person dreams of, but isn’t what everyone achieves. The path to success is a rocky road with hardwork shaped stones and determination shaped slopes. Dan Legg is a 21 year old entrepreneur, a forex trader and educator who is worth over £2 million as of August 2020.

Dan Legg belongs to a financially moderate household, and grew up in a small town, Cheddar in Somerset. As a kid, Legg was an above average student, but as he phased into a teenager, Legg started discovering various aspects of his personality which resulted in him slacking in the studies. At the age of 17, Legg experienced a massive pitfall when he failed his A levels.

It was during this time that the idea of forex trading hit him. Legg gained information on the subject matter from YouTube and soon after started trading. Even though initially Legg experienced financial losses but he didn’t give up on the idea. Legg was even selected to join the Navy but he chose forex trading as his career choice. Going with his gut feeling and putting in effort is what made Legg the man he is today.

In just three years, Legg achieved massive success with his educational firm TeamFX that focuses on teaching young entrepreneurs like himself the pros and cons of Forex Trading. Having followed his passion, Legg became a millionaire even after failing in the educational domain. With utmost determination, hard-work and struggle he managed to reach the height, and is now owner of two lavish houses along with a couple others to spare for airbnb and pay-to-rent purposes. Legg is often spotted on media living an extravagant lifestyle wearing fashionable clothes and accessories and travelling in his private jets.

Not everyone’s life is smooth, Legg had sold a few trade signals but as of 2020, he is only educating the people on how to trade instead of offering any trade signals. There were no confirmed reports that suggest if anyone of TeamFX’s customers have lost money in it. As of now, Legg does not offer any trade signals and focuses on selling forex trading courses through his company.

By leveraging his knowledge and skills, Legg has definitely achieved a great deal of success at such a young age. This newfound success of Legg has become a beacon for the younger generation, inspiring many to hone their skills and inspite of facing hardships continue the hard work to achieve their desired goals.