In a world where politicians are busy in every other activity than improving the lives of the people, the onus of bringing any real, substantive change falls on the shoulders of the common man.

Fortunately for us, we do have such supermen and superwomen around us who altruistically work for humankind. Among these is a man called Ranjitsinh Disale. 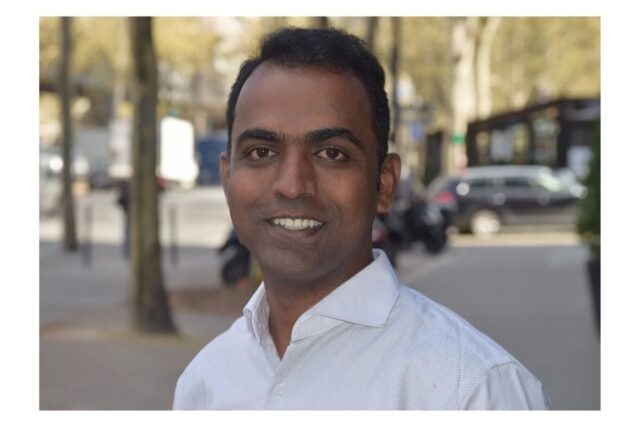 The winner of the coveted annual Global Teacher Prize and the US $1 million award by the Varkey Foundation, Ranjitsinh Disale is a Zilla Parishad primary school teacher from Maharashtra, India.

Often referred to as the Nobel Prize for education, the annual Global Teacher Prize highlights and honours the teaching profession by bringing greater recognition to the work of teachers all over the world.

The annual award, launched at the second annual Global Education and Skills Forum in March 2014, earned over 5,000 nominations from 127 countries in the first year alone. 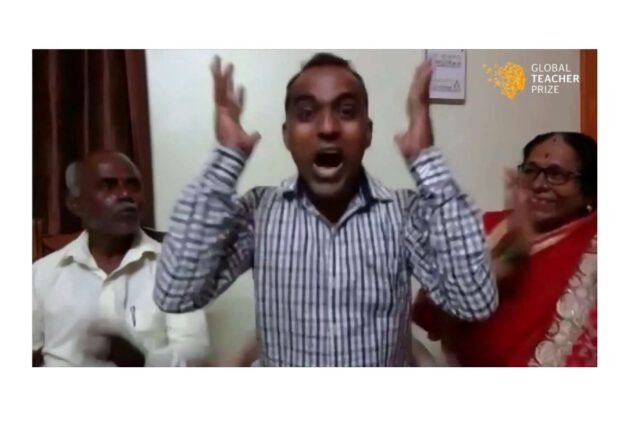 Five years down the line, Ranjitsinh Disale emerged as a winner among 12,000 teachers from 140 countries.

Who Is Ranjitsinh Disale?

A 32-year-old teacher from Paritewadi village in Maharashtra’s Solapur district, Ranjitsinh Disale is an engineering dropout. When things did not turn the way he hoped for during his engineering period, it was his father who convinced him to take up the teacher’s training programme.

Though initially reluctant about the decision, his time at the college of teacher training made him realize that the real change-makers in the world are teachers.

Ranjitsinh Disale revolutionised the teaching methods of his village. When he first joined the Zilla Parishad school as a teacher, the school building was in shambles, sandwiched between a cattle shed and a storeroom.

His first task was to transform the school building. Then, he translated the textbooks into the mother tongue of his village to make education more accessible.

Thereafter, he also embedded the textbooks with a unique QR code which provided the students with the study material in an audio-visual format as well. His idea of incorporating QR codes into textbooks was then adopted by the National Council of Educational Research and Training or NCERT. 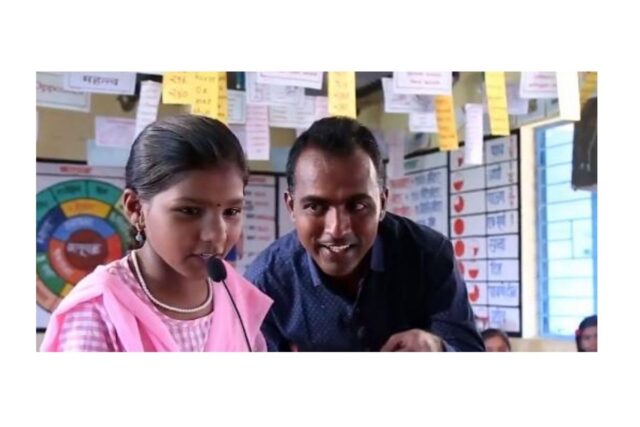 Ranjitsinh Disale also campaigned to eliminate adolescent marriages and encouraged the education of girls in his village. It is because of his efforts that the officials of the village reported no teenage marriage in the village in recent years.

His village also boasts of a 100 per cent attendance of girls to the school, which is still a dream for many Indian states.

Read More: Why Pay Scales Of Nurses, Teachers & Biological Researchers Should Be More Than Sportsperson/Actors

Apart from being a teacher, Ranjitsinh Disale also works towards building peace between young people across conflict zones. He connects young people from India and Pakistan, Palestine and Israel, Iraq and Iran, and the US and North Korea through his initiative called ‘Let’s Cross the Borders.’

An incredible 19,000 students from eight countries have been initiated into ‘Let’s Cross the Borders’ wherein, within a period of six months, students are matched with a cross-border peace buddy with whom they interact closely.

Moreover, he has also built a science lab at his home and is well-known for demonstrating scientific experiments. He even takes students with depleted resources from schools around the world on virtual field trips on his weekends, using the Microsoft Educator Community platform.

Ranjitsinh Disale made history not only when he won the 1 million USD Global Teacher Prize 2020 which is a matter of incredible honour and glory in itself, but also because he decided to share half of his ₹7.4 crore prize money with the rest of the nine finalists for the Global Teacher Prize which is a never-before-seen instance. 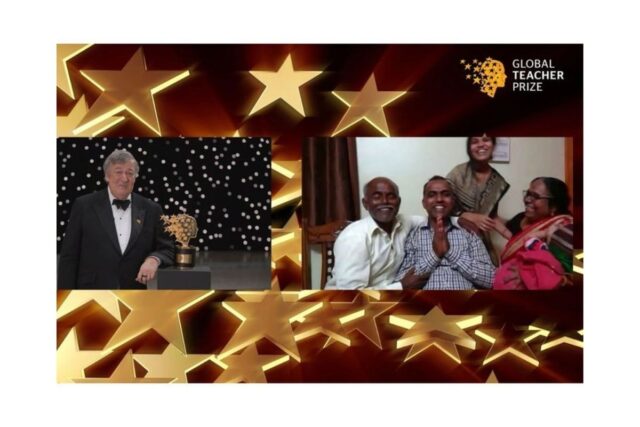 I’d like to congratulate Ranjitsinh Disale on being named the world's most exceptional teacher and to express my admiration for his generosity in sharing half the prize money with runners up in the competition. He has set an example of compassion in action https://t.co/ZqYrbP35ur

What an inspiring story from India! Top teacher wins $1m and gives half away. Ranjitsinh Disale seems one of a kind! Congratulations to @VarkeyFdn for giving the annual World Teacher Awards which i helped launch some years ago in an earlier avatar. https://t.co/2wOVcw89FM

However, the annual Global Teacher Prize is not the first international recognition for his exemplary work. Microsoft has previously acknowledged him as the ‘Microsoft Innovative Educator Expert’.

Ranjitsinh Disale has won the Innovative Researcher of the Year 2016 award and the National Innovation Foundation’s Innovator of the Year Award in 2018 as well.

We owe him a great deal for his selfless dedication towards the upliftment of the state of Indian education. People like him should be valued and admired because they are the real heroes of our society.

Just like Ranjitsinh Disale, we all should give back to society. How do you plan to contribute your bit to society? Do let us know your views in the comments section below!