Taliban took over Afghanistan and announced the formation of a Taliban government led by Hasan Akhund, the new Prime Minister of Afghanistan. It has also set up a cabinet and appointed various ministers to take care of the day-to-day administration of the state.

The Taliban government is now set to rule Afghanistan, which has become the first country in the world to be governed by a terror organization. This deplorable development has raised serious concerns over the issues of terrorism and security in the valley of Kashmir in India.

Recently, in an interview with BBC Urdu, Taliban spokesperson Suhail Shaheen said “We have this right, being Muslims, to raise our voice for Muslims in Kashmir, India, and any other country.”

However, the Taliban leaders clarified that they don’t intend to infringe on the peace of other nations, calling Kashmir as India’s ‘bilateral and an internal matter.’

The Kashmir valley has been an active region of militant insurgency since 1989. The infiltration by foreign terrorist groups like Lashkar-e-Taiba and Jaish-e-Muhammad began in 1999 when they started the practices of suicidal attacks or fidayeen.

The factors like unemployment and radicalization of youth by terror organizations have played a pivotal role in fuelling insurgency in the Kashmir valley. 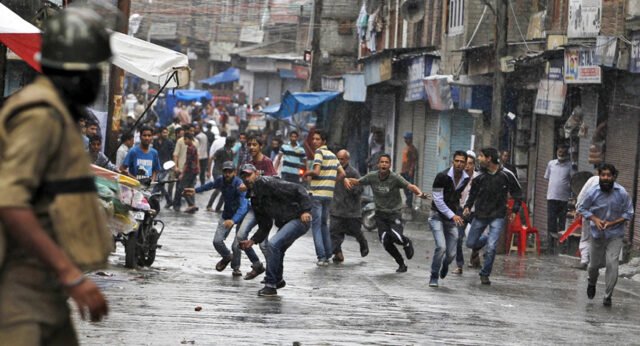 The Future Of Kashmir Amidst A Taliban Government

The formation of the Taliban government in Afghanistan is being seen as a premonition to a new wave of violence and increased militant insurgency in Kashmir by analysts.

“The Taliban takeover will not only impact Kashmir but the whole of South Asia will also be affected”, Shesh Paul Vaid, the former director-general of Jammu and Kashmir Police, told DW

“The Taliban takeover will have a psychological impact on all terrorist groups operating all across the world, including in the Kashmir Valley. There is no denying of the fact that their morale has been boosted,” he said.

Vaid argued that terror organizations like Lashkar-e-Taiba helped the Taliban in regaining power in Afghanistan and it is ambiguous whether the Taliban will help them in return or not.

There is an underlined fear that other terror organizations like ISI may take advantage of Taliban governance in Afghanistan to organise terrorist activities in Kashmir.

“Pakistan’s ISI could use its influence on the Taliban and shift its training camps in Pakistan-administered Kashmir to areas in Afghanistan”, Shesh Paul Vaid argued while referring to Pakistan’s intelligence service.

The growing affinity of Pakistan and China with the Taliban government is a red signal for India. There is no doubt that this evolving geopolitical situation is a precursor to escalating insurgency and terrorism in Kashmir. It is the silence before a thunderstorm.

The situation of Kashmir remains critical amidst the formation of a Taliban government in Afghanistan. While the Indian government prepares to tackle the situation with negotiations and crafting new strategies.