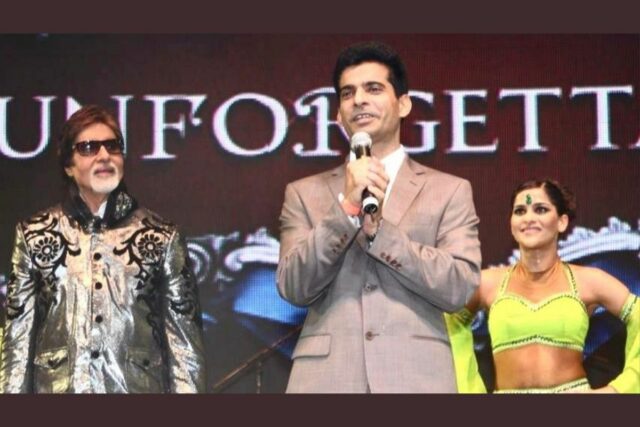 December 07: Rajender Singh Pahl has been promoting the Indian culture and heritage through over 125 major Bollywood events across the US with the help of Bollywood actors like Amitabh Bachchan, Anupam Kher, Shah Rukh Khan, Asha Bhosle, Madhuri Dixit, Aishwarya Rai, Deepika Padukone, Katrina Kaif for over two decades.

Growing up in the state of Rajasthan, India, Rajender Singh Pahlpursued graduation in Psychology from Shaheed Bhagat Singh College, India. Later on, he moved to the US and began his career in event management, gradually gaining popularity by acting as a promoter for Bollywood celebrities. An influential career maker and highly accomplished source of promotion, Rajender Singh Pahl is widely recognised as the man who brings together the entire Bollywood industry.

He also holds the credit of bringing an Indian singer, composer, and lyricist, Ilayaraaja, to America, who with his magic of ascending notes delightfully charmed a crowd of 4000 in Houston.

Pahl, the CEO of Star Promotions Inc, has been consistently providing help to save lives in India since the onset of the coronavirus, shipping over 200 oxygen concentrators, 50 oxygen cylinders and several oximeters to India.

As an immigrant, “you’re always living half in nostalgia,” Pahl, who immigrated to the US from Rajasthan, said.

“In a state of having lost your home, you carry sadness with you… Everything that has shaped you as a child is there, you feel just lost; your family is lost and want to do whatever is left of it,” he said.

Rajender Singh Pahl, who gets a flurry of messages from relatives, friends in India seeking his help and networking advice through WhatsApp, midnight calls, tweets, says it is a very tough situation as any family he talks to has been affected.

His cousin in Rajasthan tested positive for COVID-19, a childhood friend died within days from his daughter’s wedding in Mumbai, his high-school friend’s whole family in Bikaner got infected and pleaded for medical supplies, food and oxygen concentrators as no one would help them around.

“All the excitement was suddenly gone. Seeing Americans walking around without masks and dining indoors at restaurants, I felt like I was betraying my country by being here,” he said.

Rajender Singh Pahl has been depressed and sleepless, compulsively following headlines about what is happening in India, tweeting requests for help, video conferencing with his friends, family every chance he gets.

“I feel paralysed by powerlessness,” he said.

The Indian-American communities across the country, including a sizeable population in the Houston metropolitan area, are mourning the deaths of family members, checking on relatives with growing alarm and launching efforts to help their native country battle the world’s worst COVID-19 surge.

Living between two worlds, trying to help through his long-time networking sources in politics, bureaucracy and Bollywood, Pahl has been arranging beds, oxygen, ambulances, medicine, food, medical advice through experts for as many people as he could.

He worked with a panel of COVID-19 experts in Houston to provide free consultations to patients and overwhelmed doctors in India.

“Through my contacts in the Health Ministry, both at central and state level, Indian Medical Association, local consulate, doctors, bureaucrats, politicians and celebrities, I could make it easy for many patients who needed help during this crisis.

“I have never used any contacts for my personal needs, but this was the time I could request them to help the needy. I am also thankful to Bollywood actor Sonu Sood, who helped me in procuring several oxygen concentrators in the shortest time, when needed critically.”