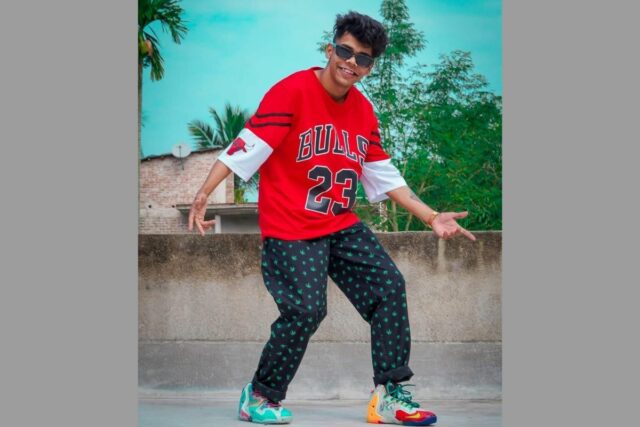 January 11: Manchu dada is currently a popular name in social media. Born in 1998, this 23-year-old man from Guma, North 24 parganas is winning hearts all over the internet. He makes people laugh through the funny videos he posts. He Acts, Directs and Scripts his videos which people love to watch.

Apart from that, he also posts dance videos which people go awestruck by watching his dancing skills. He has love for dance since childhood after watching Mithun Chakraborty perform on TV Screens.

People love him for his humble and simplistic nature. It was not at all easy for him from the very beginning. His father being a daily wage carpenter, couldn’t afford his dancing fees.

After completing his education from APC College, Madhyamgram, he joined his father’s job to help him. After toiling day and night, he sold food and soft drink inside local trains and did a catering job.

He opened a dance institute with the money he saved to keep his love for dance alive.

After getting popular with 1 lakh followers on Facebook, his page got hacked, but he never gave up.

He continued posting dance videos and entertaining videos and won people’s hearts again. Apart from dance and comedy, he is also a skilled footballer.

His popular comedy videos include – Music album Star roast, My name is shyamol interview roast, Relationship New vs Relationship 1 year and many more.

He has also featured in a music video recently titled “Sweety” which got instant hit on Facebook and YouTube. People loved his dancing and screen presence in the video.

He wants to act in future! Well, keep going boy. We wish him all the best.