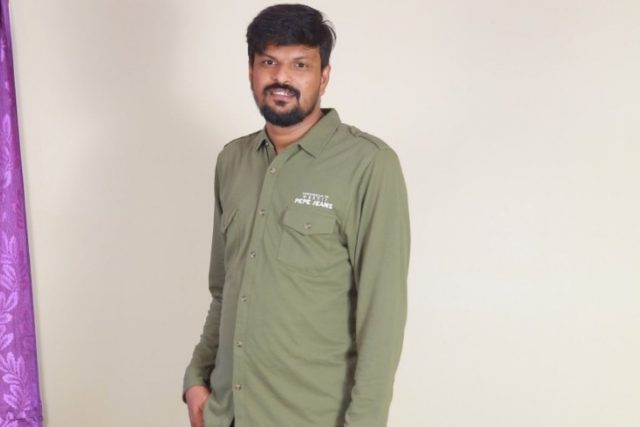 April 26: BodduVenkata Audi Narayana Reddy aka Adi Reddy Boddu is a YouTuber with incredibly high subscribers of around 3.1 lakh subscribers. His journey from a small-town boy in Varikuntapadu Mandal in Nellore district, Andhra Pradesh to a successful YouTuber has been incredible. He has gained good popularity on social media platforms garnering a whopping audience.

Adi Reddy Boddu who was born on June 5th, 1990 to Boddu Krishna Reddy and Lakshmamma knew he had something different to do in his life and then came to social media when he looked at it differently. He embarked upon his own YouTube channel in 2018 and started posting some interesting reviews of Telugu films and Bigg Boss Telugu season 4. Slowly and steadily his videos turned viral, and he was able to garner a good number of views, which even went to millions for a few videos.

Besides, Adi Reddy Boddu also made music videos and released five music albums – Arzunredde, ArzunRedde YSRCP Birthday, ArzunRedde YSRCP Youth Icon and ArzunRedde YSRCP Youth Icon Latestso far. Beginning his YouTube journey as a reviewer, he then expanded his horizon as a music artist. He was interested in music during his childhood and would create tunes for his lyrics. He studied B. Tech (EEE) and got a private job. However, in 2018 he left the job to focus on his YouTube career. His music albums are also collaborative. He is currently working on a new music album titled Chill, which is said to be slated for release sometime in May.

Revealing the details of his upcoming album, Adi Reddy Boddu said, ‘’My upcoming music album will be based on friendship that defines the bond you share with your friend for life! The iconic friendship song will be picturised on one of the leading Tollywood actors. And I will be associating with one of the talented music artists in the industry with whom I have a good rapport. A definite release date and other details are expected to be released in the coming weeks.’’

Sharing how he spent time during the pandemic, Adi Reddy Boddu, “As a child, I have done theatre, dance and music, but it is the latter that has stuck with me through all the ups and downs. But I make music for hope. The quarantine period has proved to be good in terms of quality time with family. And also I have been able to spend more time creating music. I spend time composing tunes, which I could not do much earlier. Even, involvement in musical assignment has been associated with reduced anxiety and increased subjective wellbeing.’’

Craze about what is happening in the house of Bigg Boss? Never miss out on the info on new episodes? ‘Adi Reddy’ might be your landing channel! It is one of the top YouTube channels that focuses on the Bigg Boss house and reviews Telugu films in depth. It was founded by BodduVenkata Audi Narayana Reddy popularly known as Adi Reddy. Adi Reddy’s YouTube channel brings out true reviews about the Bigg Boss Telugu season 4, and hence they earn more than 3.1 lakh subscribers. Besides, he also reviews fantasy cricket.

Finance Sai Soundarya - May 25, 2022
Officials from the Reserve Bank of India (RBI) told a parliamentary committee on finance that cryptocurrencies could result in a portion of the Indian...